Looking specifically at the results for the fourth quarter of 2012 (4Q12), combined shipments of desktop PCs, notebook PCs, tablets, and smartphones was nearly 378 million and revenues were more than $168 billion. In terms of market share, Apple significantly closed the gap with market leader Samsung in the quarter, as the combination of Apple's iPhone 5 and iPad Mini brought Apple up to 20.3% unit shipment share versus 21.2% for Samsung. On a revenue basis for the fourth quarter, Apple continued to dominate with 30.7% share versus 20.4% share for Samsung. Yes, that's the statistic that really matters, as everything else that the mainstream media is saying to prop up Samsung is just a lot of marketing noise. 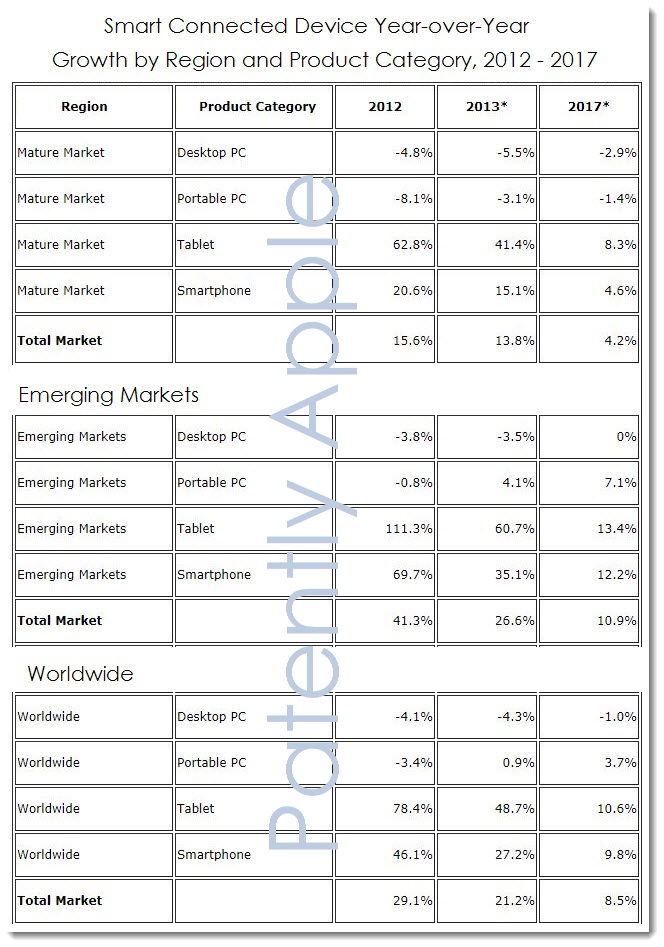 The IDC report only mentions Samsung, not Samsung electronics