Two interesting reports have surfaced this morning that are worth checking out. The first report brief is about Nokia filing an Amicus Brief supporting Apple's pursuit of a permanent injunction against Samsung. The second report brief is about a new eye-tracking feature that will offer automatic page scrolling. The new feature is expected to roll out during Samsung's Special Event in New York next week.

A new report by FOSS Patents is worth a read this morning if legal matters interest you. According to Florian Mueller, "Nokia supports Apple's efforts to ensure that U.S. patent holders have access to injunctive relief even if a defendant can argue that the accused products potentially implement (or infringe) vast numbers of patents. Just like Apple, Nokia also appears to be very concerned that U.S. case law on patent injunctions, particularly in the Apple v. Samsung dispute, has recently been leading to a "compulsory-licensing system wherein patent holders are forced to license patented technology to competing firms, which could in turn harm incentives to innovate."

The UK's Telegraph reports today Samsung will be introducing a new eye-tracking feature with their upcoming Galaxy SIV. The report states that "The new feature will allow the phone to track the movement of your eyes down the screen and then offer you the next paragraph of text without you having to use your fingers to scroll." 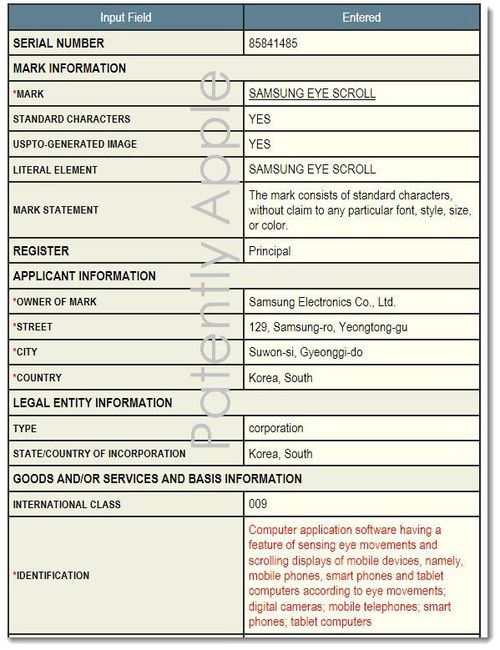 Features such as this will put pressure on Apple to introduce more razzle dazzle for their iPhone 6 debuting later this year.