Home Archives Contact Us Subscribe Twitter MeWe Facebook Patently Mobile
Half a Billion Devices will be NFC Ready for the e-Wallet Revolution by the end of 2014
Apple's rumored iTV is to Support Ultra HD Display, Motion & Voice Controls

Apple's iPhoto Icon for iOS is now a Registered Trademark

On March 27, 2013, the US Patent & Trademark Office approved and published Apple's latest registered trademark for the icon related to the iOS version of iPhoto under registration number 4,309,109. Apple's version of iPhoto for iOS (iPhone and iPad) was introduced alongside the debut of the third-generation iPad in March 2012. 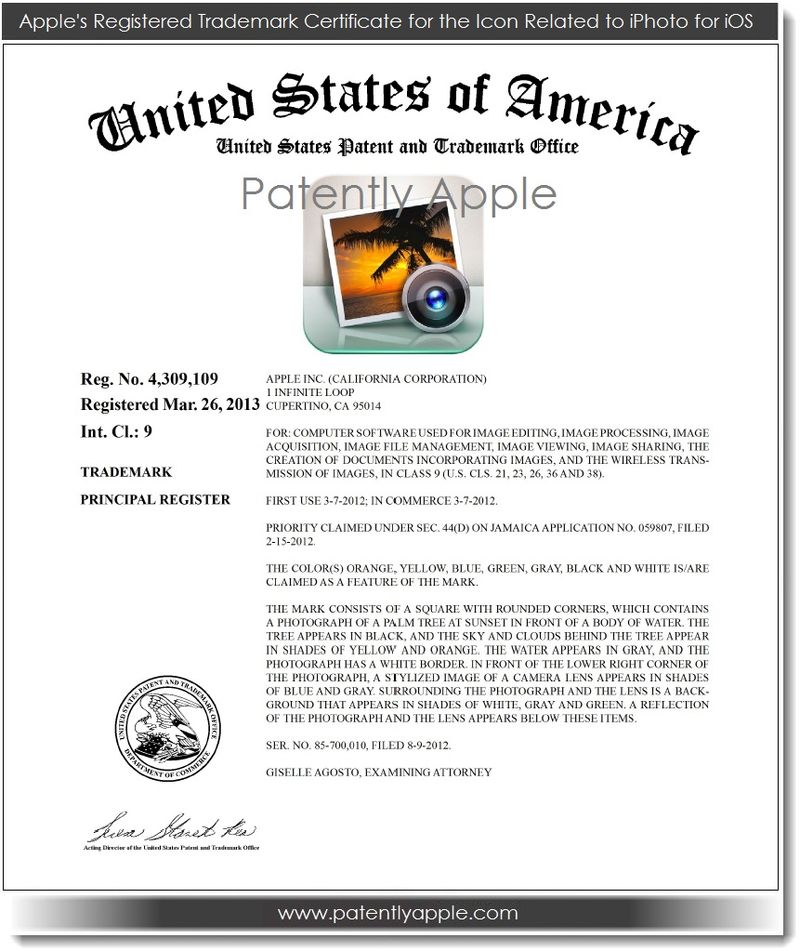 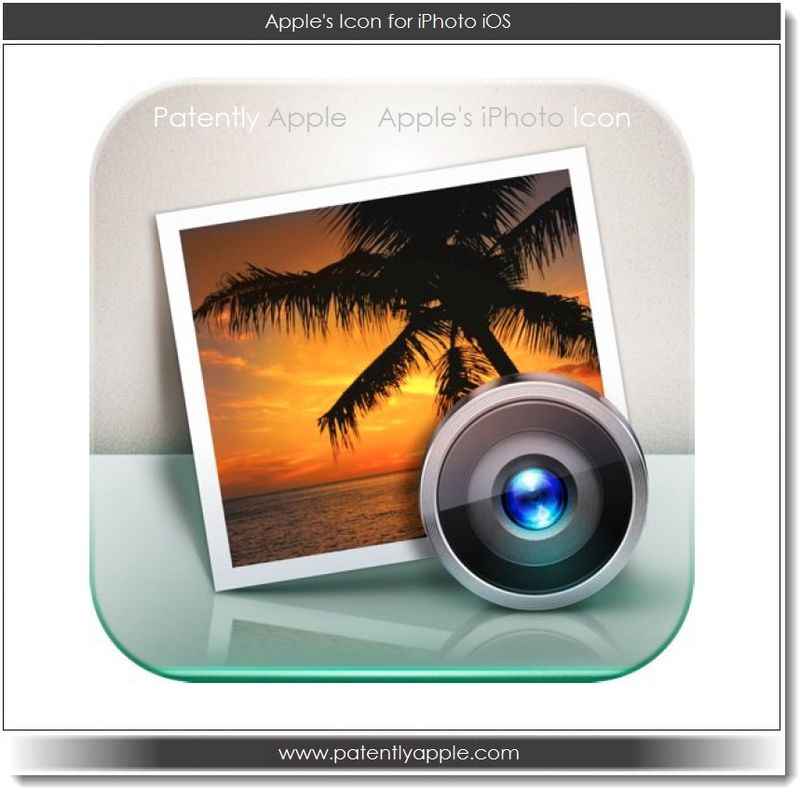