On March 7, 2013, the US Patent & Trademark Office approved and published Apple's latest registered trademark for their AirDrop Logo. Apple's AirDrop is a Wi-Fi ad-hoc service in Apple's OS X operating system, introduced in version Mac OS X 10.7 dubbed "Lion." By using AirDrop, users can share files with other supported Mac computers running OS X 10.7 or later without the need of a Wi-Fi network or the need of USB mass-storage devices. Apple originally filed for their trademark in early December 2011. 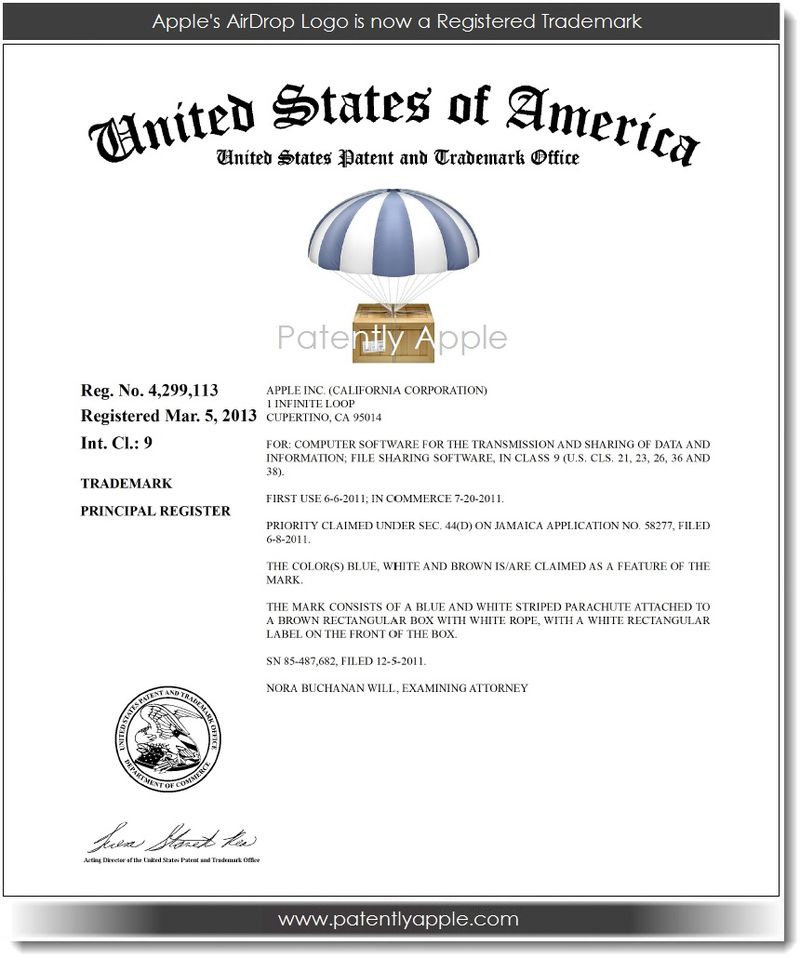 Apple's Trademark was filed under International Class 009 which in this case covers computer software for the transmission and sharing of data and information along with file sharing software.

The design of the logo is described as having the color(s) blue, white and brown. The design also consists of a blue and white striped parachute attached to a brown rectangular box with white rope, with a white rectangular label on the front of the box – as noted in the illustration presented below. 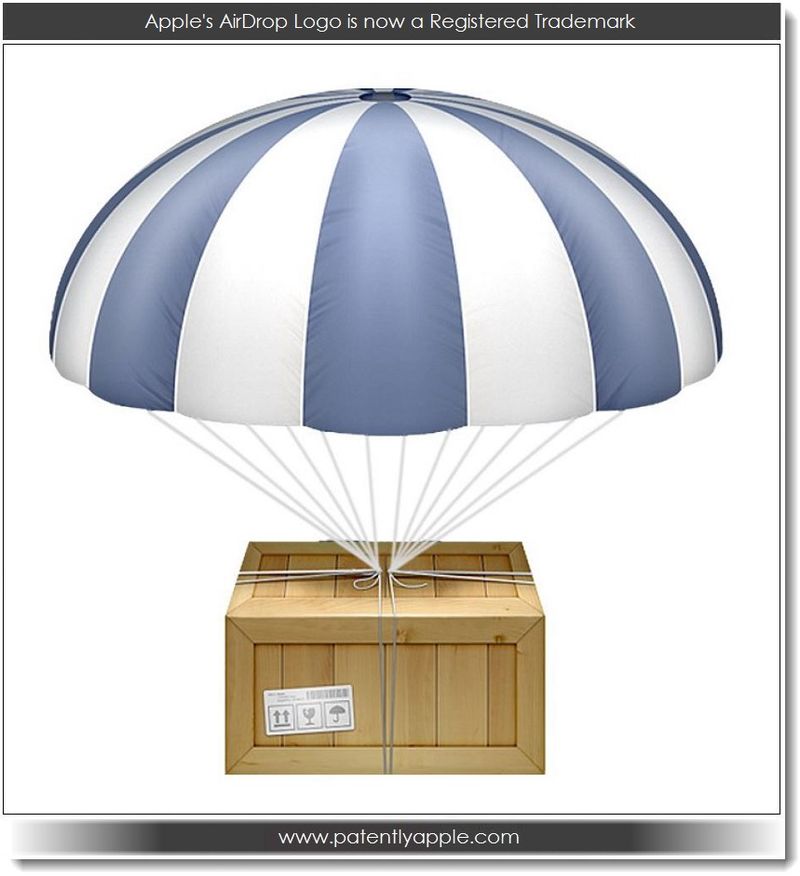