On March 7, 2013, the US Patent & Trademark Office published ten original patent applications from Apple. In this report we focus on Apple's invention that generally relates to advancing facial recognition and detection technology in an application such as iPhoto and/or Aperture. We close out our report with links to a number of other Apple inventions that were published today covering "Managing Access to Digital Content Items," a new "Charge Recycling System," and more.

Images (e.g., photographs) can depict one or more subjects, such as people or objects, with varying levels of detail. A sharp image, having a high level of detail, can include visual features (e.g., fine details of a flower) that would not be discernible in an image with a comparatively low level of detail. Further, image detail can correspond to image components of varying frequencies (e.g., high frequency or low frequency).

Advancing the Accuracy of Facial Recognition

Apple states that the accuracy of facial detection and recognition can be improved by eliminating images having insufficient detail (e.g., non-facial image data or unclear facial image data). Aspects of image detail level detection (e.g., image transformation and image comparison) can permit efficient implementations (e.g., detecting perceptible detail at an 8-bit image depth rather than a higher depth). Efficient implementations can increase overall processing-resource efficiency and can be used in real-time systems.

One or more of the following additional advantages can also be realized. Using one color channel for image detail level detection rather than more than one color channel included in the original image can provide several advantages. For example, using one channel can decrease the image data (e.g., an 8-bit grayscale image rather than a 24-bit color image) to be processed thus decreasing the computing resources required. In another example, a given channel (e.g., the green or red channel) can include less noise than the original image improving the quality of the detail level detection. 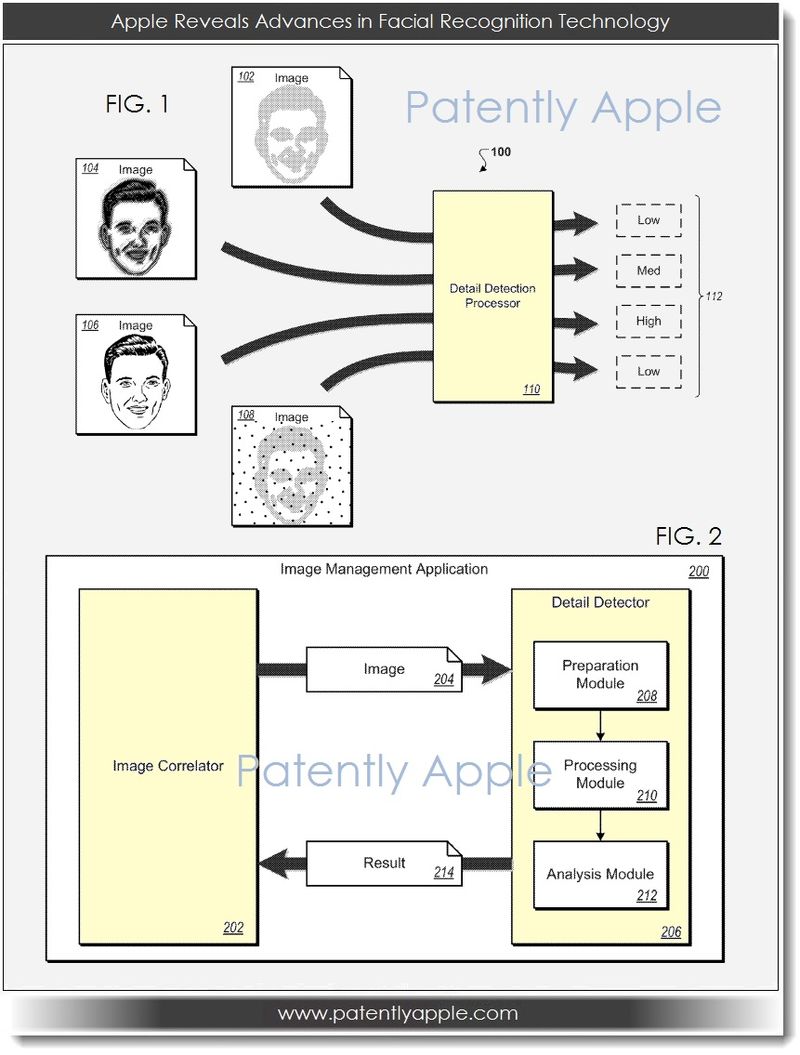 In Apple's patent FIG. 1 above we see an exemplary overview of detecting image detail levels. Apple illustrates a washed-out image (102), a blurry image (104), a clear image (106) and a noisy image (108) of faces that could be interpreted and analyzed with greater detail with their new system. 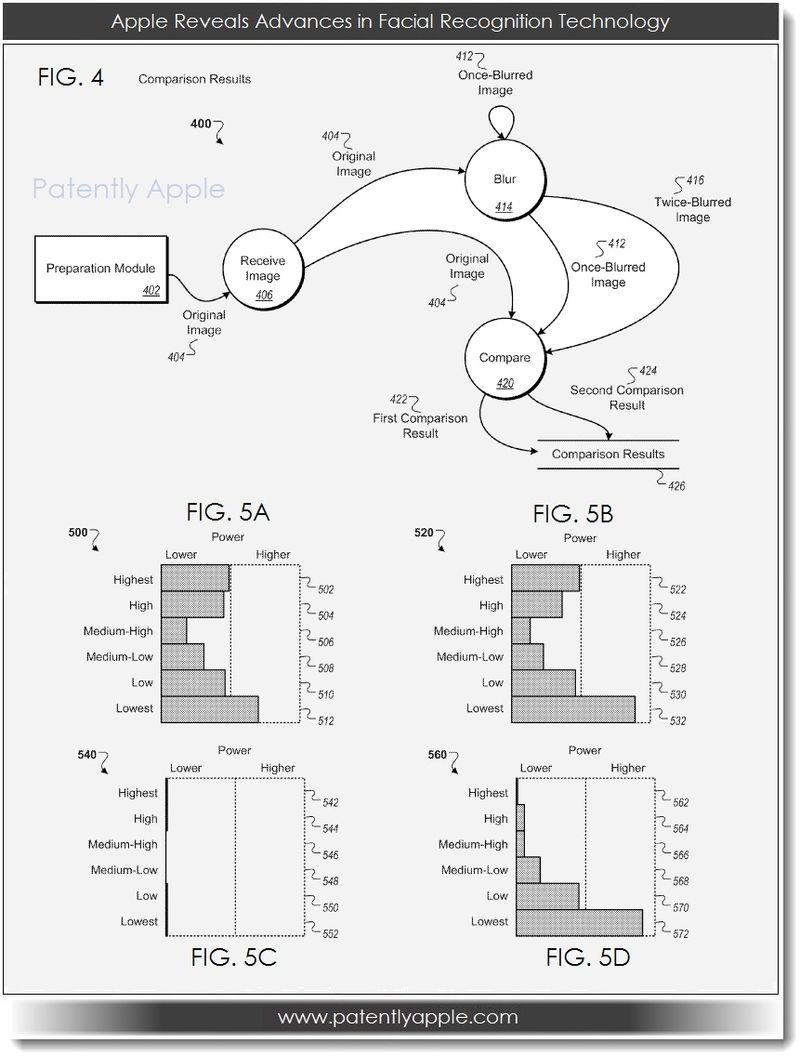 Apple credits Ben Weiss as the sole inventor of this patent application which was originally filed under serial number 661680 in Q4 2012. I couldn't find a clear link to Ben Weiss holding a current position at Apple. This patent could have been acquired by Apple from this Ben Weiss, though we can't confirm this. Weiss invented the photo-editing and retouching application called "Kai's Photo Soap," which was a part of a MetaCreation's application.

Today's patent application goes towards strengthening Apple's established body of work regarding all aspects of facial recognition and detection.

A Few of Apple's other Patent Applications that were Published Today