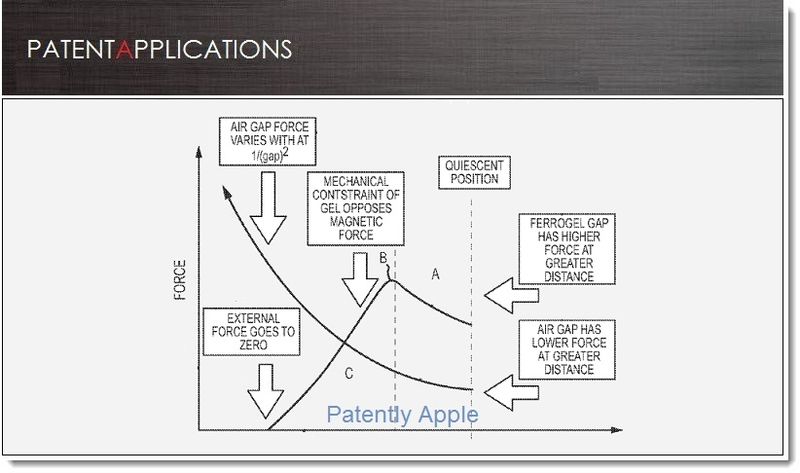 On March 28, 2013, the US Patent & Trademark Office published a patent application from Apple that reveals an invention that generally relates to a haptics device and, more particularly, to magnetically permeable materials in haptic devices. The new haptics for iDevices and the MacBook will provide crisper sensations while avoiding over sharp feedback.

As part of their invention background Apple states that consumer electronic devices including trackpads, videogame controllers, remote controls, mobile phones, smart phones, media players and so forth, all may implement haptic devices to provide tactile feedback. The feedback can take different forms. For example, in a phone, a vibration may indicate an incoming call. On a trackpad, a click or bump may confirm receipt of user input. In a media player, vibration may indicate an alert.

In some cases, however, the tactile feedback may have a rough feel that is not particularly pleasing to a user. For example, with respect to the trackpad, the click or bump may not provide the sensation a user is expecting. Whereas the user may expect a sharp mechanical feel (like that of a mouse click), the haptic device may provide a too soft feel or, alternatively, a too sharp feel. Further, in other cases, the tactile feedback may not be sufficient for a user to notice.

Embodiments may take the form of a haptic device having a magnetically permeable material that bridges a gap between an electromagnet and a ferromagnetic material.

New Haptics for MacBooks & Beyond

Apple's patent FIG. 9 shown below illustrates a future MacBook whereby the haptic device may be implemented as part of a haptic feedback system for the track pad. 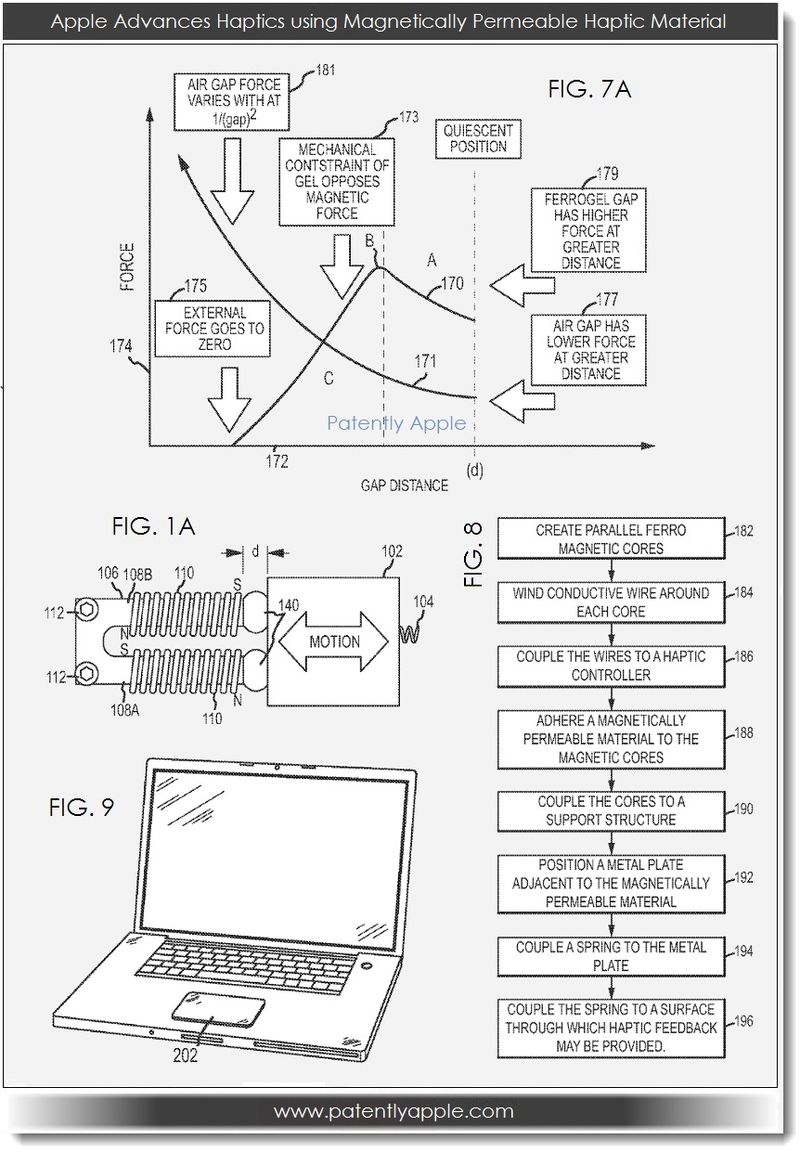 Apple's patent FIG. 7A illustrates example force profiles for the haptic device of FIG. 1 and a Haptic having only an air gap. FIG. 8 is a flowchart illustrating an example method of manufacturing a haptic device using the magnetically permeable material.

It should be appreciated, that the magnetically permeable material with the electromagnet may be implemented in a variety of different devices and may have may different application. For example, it may be implemented where increased force may be desired, such as on a door, on keys that use haptics, clicking devices, and/or bell ringers. The haptics could also apply to remote controls, the iPhone, iPad, videogame controllers and beyond.

Apple credits Omar Leung as the sole inventor of this patent application which was originally filed under serial number 247994 in Q3 2011.