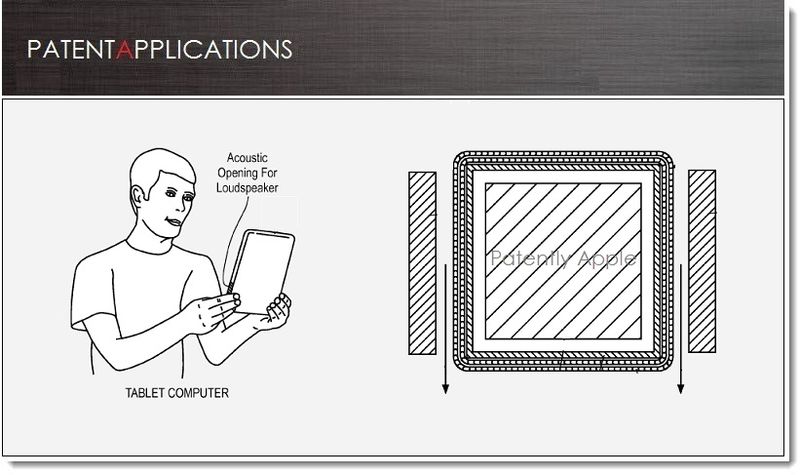 On March 07, 2013, the US Patent & Trademark Office published ten original patent applications from Apple. In this report we focus on Apple's invention regarding a new speaker system that integrates a sound radiating surface. We covered Apple's original work on this sound system back in 2012 in our report titled "Apple Reinvents Speakerphone System for iOS Devices."

In modern consumer electronics, audio capability is playing an increasingly larger role as improvements in digital audio signal processing and audio content delivery continue to happen. There is a range of consumer electronics devices that are not dedicated or specialized audio playback devices, yet can benefit from improved audio performance. For instance, smartphones are ubiquitous. These devices, however, do not have sufficient space to house high fidelity speakers. This is also true for portable personal computers such as laptop, notebook, and tablet computers, and, to a lesser extent, desktop personal computers with built-in speakers. Such devices typically require speaker enclosures or boxes that have a relatively low rise (i.e. height as defined along the z-axis) and small back volume, as compared to, for instance, standalone high fidelity speakers and dedicated digital music systems for handheld media players.

In low rise speaker boxes, there is an advantage to using speakers that maintain a high "Bl" product in order to reduce low frequency displacement (this prevents high total harmonic distortion (THD), rub and buzz) and to increase the sensitivity. In conventional speakers, the magnet unit thickness is typically reduced as the box thickness is reduced to allow for airflow around the transducer. The reduced z height of the magnet system means that the force generated by the coil is smaller (when an audio signal is being applied to the speaker). Therefore, any gains in THD, rub, buzz and sensitivity are lost due to the lower force that is generated by the coil and magnet system.

Previous efforts to address this problem have focused on including additional voice coil and magnet systems forming a push pull system within the enclosure to increase the "Bl" product and hence the sound output. Such systems, however, often require a significant increase in the height of the enclosure in order to maintain sufficient air flow through the system.

A New Speaker Assembly with a Sound Radiating Surface

As noted below in Apple's patent FIG. 6, the speaker may be a speakerphone unit that is integrated within an iPhone or iPad with which a user can conduct a FaceTime call. 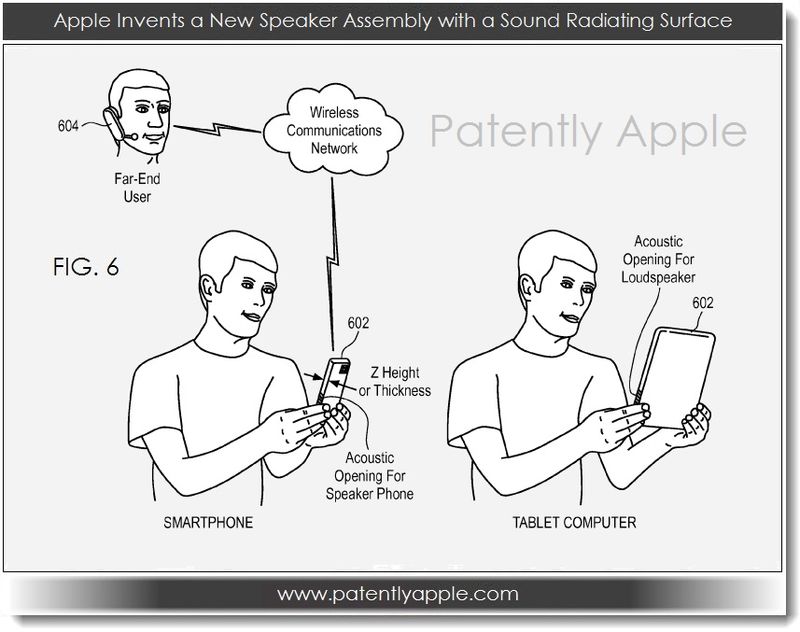 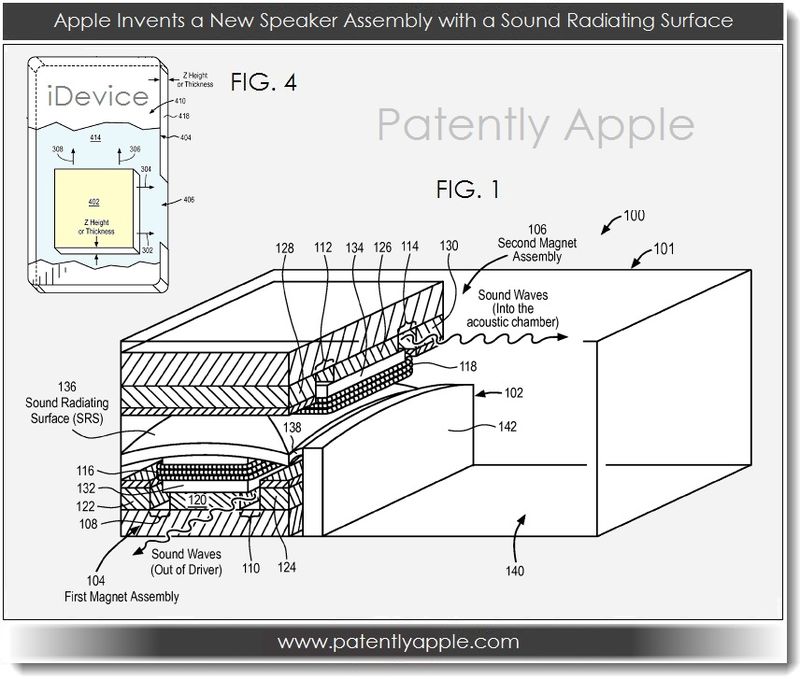 The sound radiating surface may be coupled to the frame by way of suspension as shown in FIGS. 2A and 2B below. 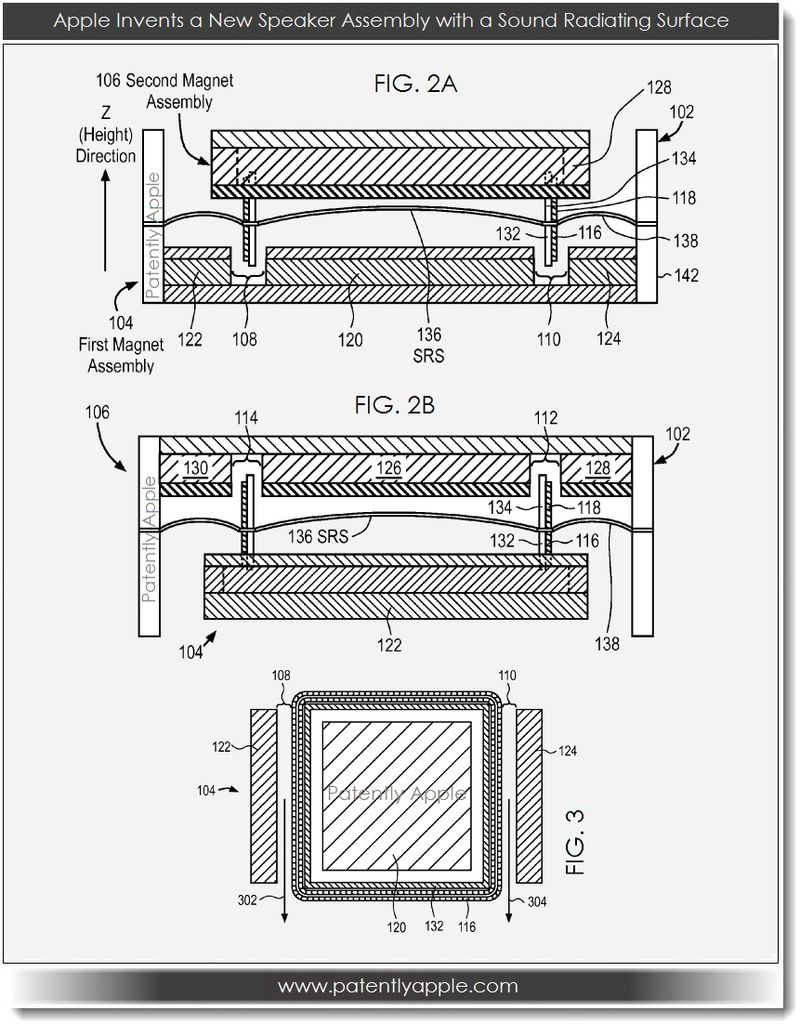 Apple's patent FIG. 3 is a top exploded view of the embodiment of patent FIG. 1 noted above.

Apple credits Christopher Wilk as the sole inventor of this patent application which was originally filed under serial number 226383 in Q3 2011.

1. A 2004 Patent Application (20130058355) Methods and Apparatus for Ensuring Compatibility on a High Performance Serial Bus