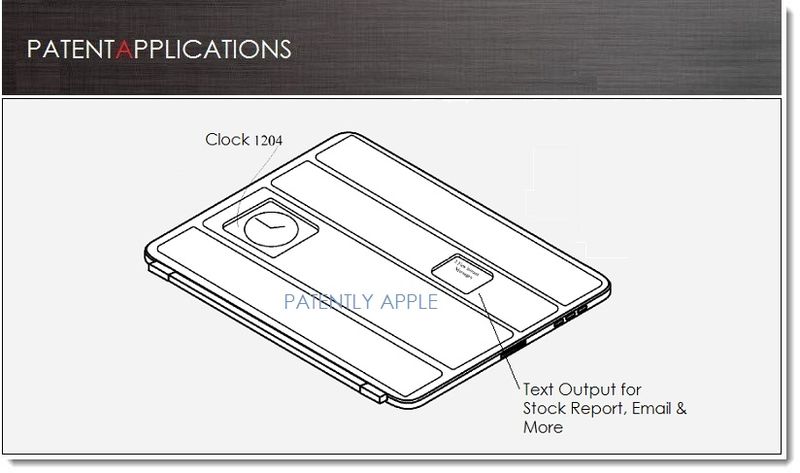 On March 28, 2013, the US Patent & Trademark Office published a patent application from Apple that reveals that Jony Ive and his team have a few more features for their Smart Cover. In August 2012 Apple revealed a mind boggling set of new possible features for the Smart Cover that ranged from inductive charging to built-in solar panels and the use of a flexible display to name a few of innovations being explored. Today's revelations are a little tamer but still interesting. Apple is considering adding physical soft buttons to the Smart Cover so that you could easily control your tunes. They're also considering a built-in window so that you could keep tabs on incoming email, text messages, stock quotes and more.