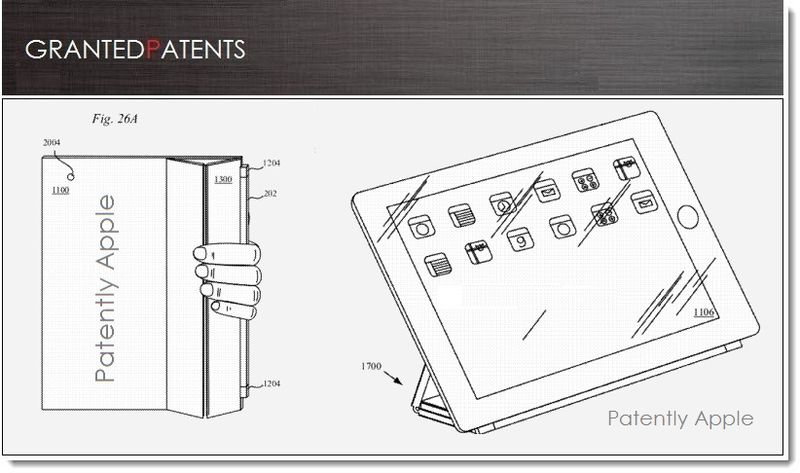 The US Patent and Trademark Office officially published a series of 39 newly granted patents for Apple Inc. today. In our second and final granted patent report of the day we cover patents relating to the iPad's Smart Cover and a capacitive sensor panel that is dynamically reconfigurable to accommodate a feature such as pinch and zoom. We conclude our report listing the remaining 32 patents that were granted to Apple today.

Within this patent, Apple discusses their Pinch and Zoom feature. Apple's patent FIG. 10b noted above is an exemplary illustration of a sensor panel having dynamically reconfigurable sensor size and shape based on a gesture detected by the panel. In FIG. 10b, hand 1020 may perform a pinching gesture 1025 in which the thumb and forefinger move together. Sensor panel 1000 may sense hand 1020 as a proximity event. The device having sensor panel may recognize pinching gesture. The device may determine that only certain portions of the panel needs to be adjusted to have a different pixel size corresponding to the estimated positions of the thumb and forefinger performing the gesture. Therefore, the device may decrease pixel sizes 1030 and 1040 in selected portions of panel 1000. Pixel sizes 1030 and 1040 may be the same or different.

Apple has been granted three patents today relating to their iPad Smart Cover.

Their first is titled "tablet device," the second titled "Protective cover" and the third titled "Accessory device with magnetic attachment." All three relate to various releasable attachment techniques for the iPad 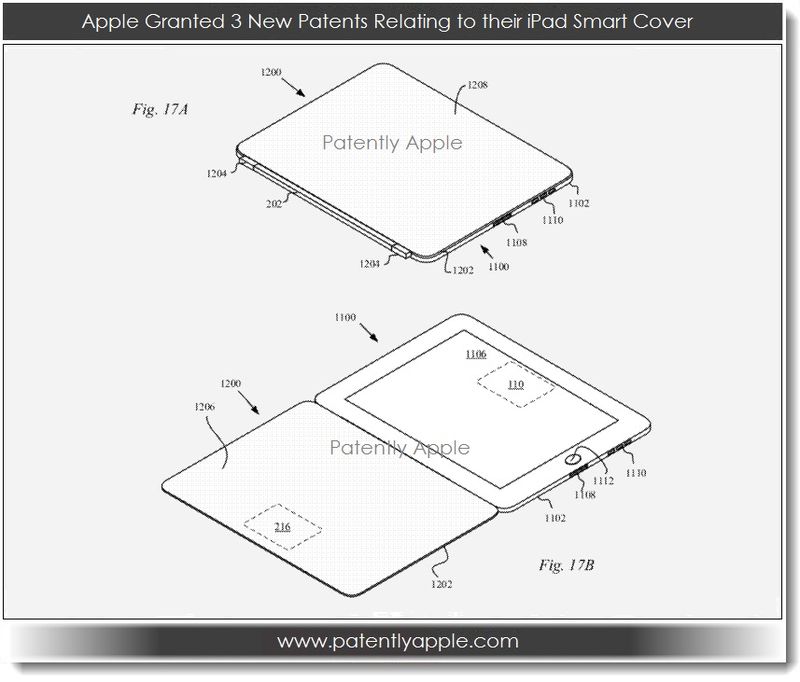 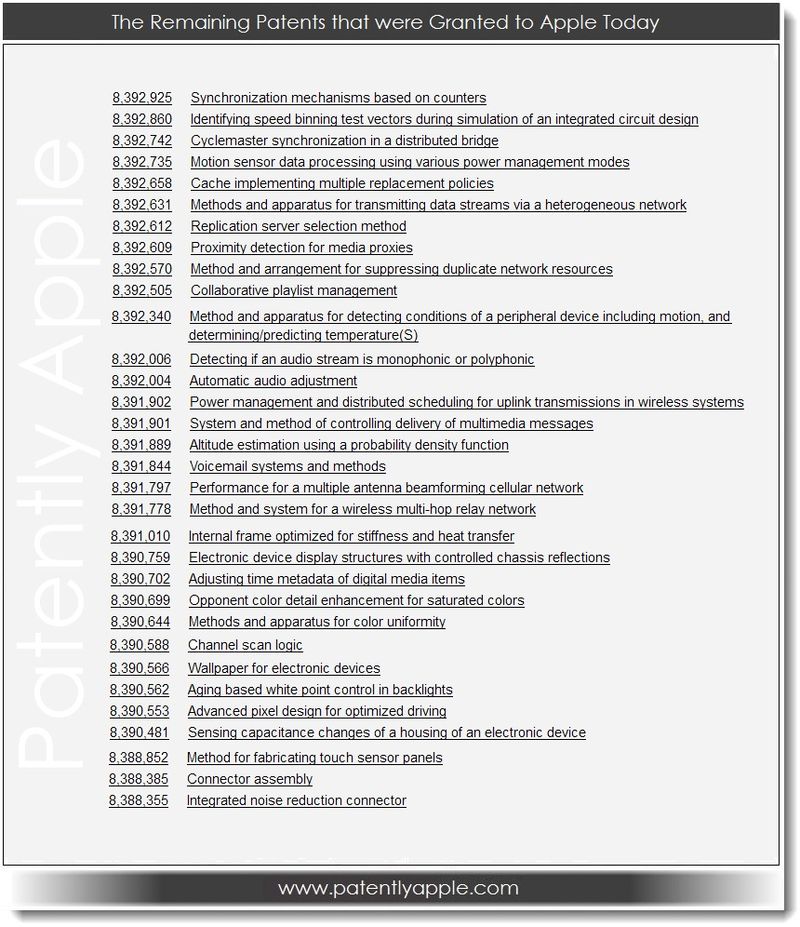