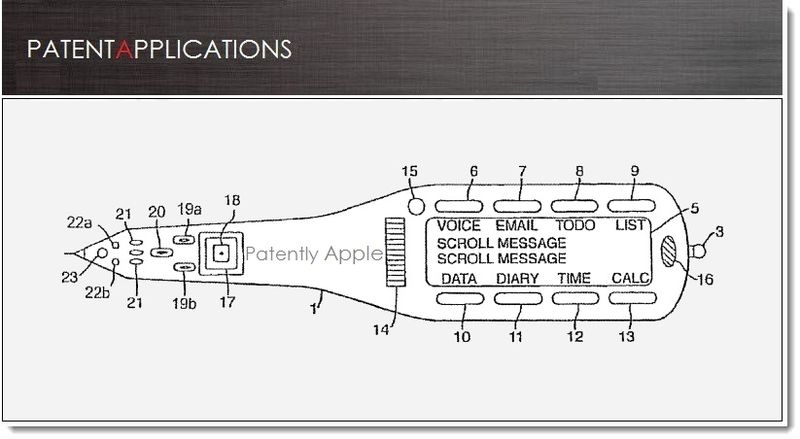 On March 26, 2013, The US Patent and Trademark Office officially published a series of thirty-five newly granted patents for Apple Inc. In this particular report we cover Apple's Face Detection technology, an iPen patent which was reexamined by USPTO, five design wins and more.

Apple has been granted a patent today for their invention relating to the field of image processing. More particularly, but not by way of limitation, it relates to a technique for selecting an orientation from which to perform face detection in a camera. 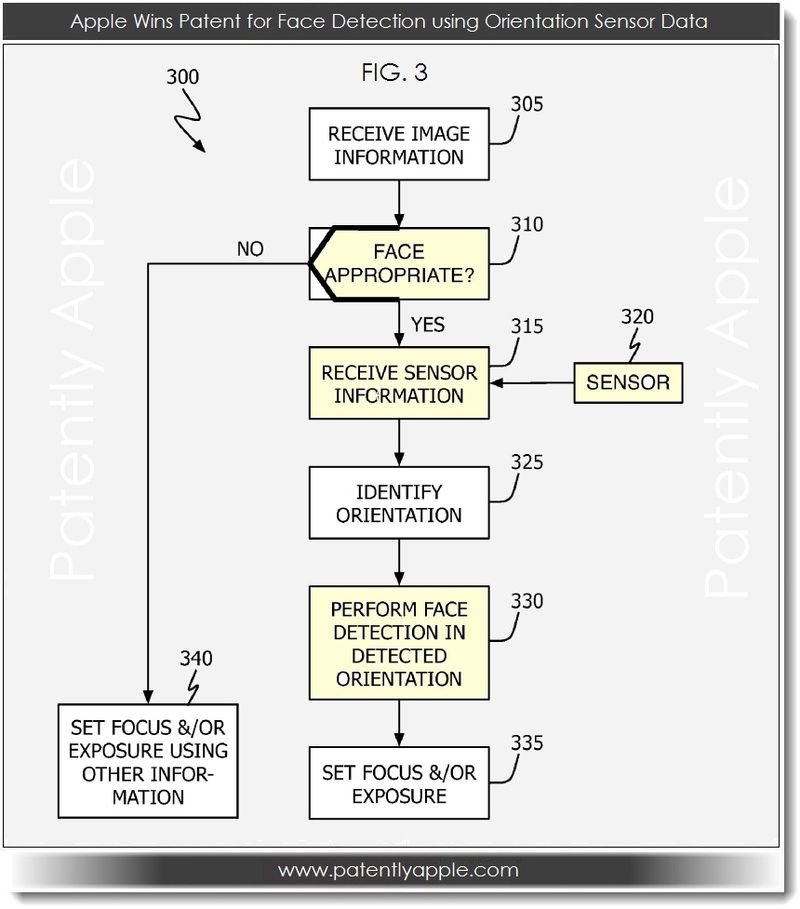 Apple credits Ralph Brunner as the sole inventor of granted patent 8,405,736 which was originally filed in Q2 2010 and published today by the US Patent and Trademark Office. To review today's 22 granted patent claims and details, see this patent.

Apple has been granted a patent today for their invention relating to an advanced iPen. In fact, this granted patent appears to have been re-examined by USPTO and passed. This is interesting and important as it's a patent that was first granted to Apple back in September 2011. 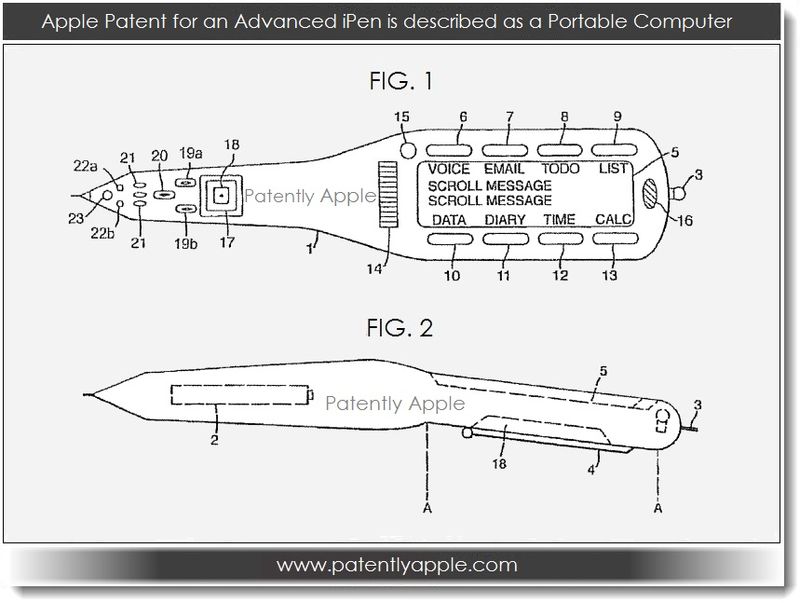 Apple's patent FIGS. 1 and 2 noted above illustrate the hand-held computer of the present invention which is of moulded plastics material having a triangular barrel cross section towards the forward end, that is towards the point, with radiused sides providing a diameter of approximately 15 mm. The case is shaped to have a curve so that when the forward part of the barrel of the casing is held as a writing stylus using the thumb, index finger and second finger of the user, the screen area A-A rests comfortably on the dorsal area at the back of the hand between the root of the thumb and index finger of the hand and the user's wrist. This provides some additional support to allow the entire computer to be operated using one hand only. After assembly the case is sealed using an O-ring seal much in the manner of sealing watch parts. Coating the casing with wax polythene completes the sealing of the unit so that to all intents and purposes the case is waterproofed.

The casing is weighted at one end (for example by including a rechargeable battery) at the forward end so that if the item is dropped on to a surface it tends to fall in a specified manner such that the tip which may include some impact protection, for example by being rubber cased, prevents any significant damage to internal components. The weighting also assists balancing of the unit in a user's hand.

Audio input and output devices are also provided together with an alerting device. For example, a microphone, annunciator and speaker may be included. Finger switches are provided forward of the annunciator and again may be soft programmed for functionality. Also visible are gold docking pins used for connecting the hand-held computer for recharging of the battery and transfer of data by way of a docking device to other computers, for example desk mounted personal computers.

Apple has been granted a patent today for their invention relating to display devices, and more particularly, to avoiding luminescence shock (temporary vision impairment) when a display device is activated in a dark environment. 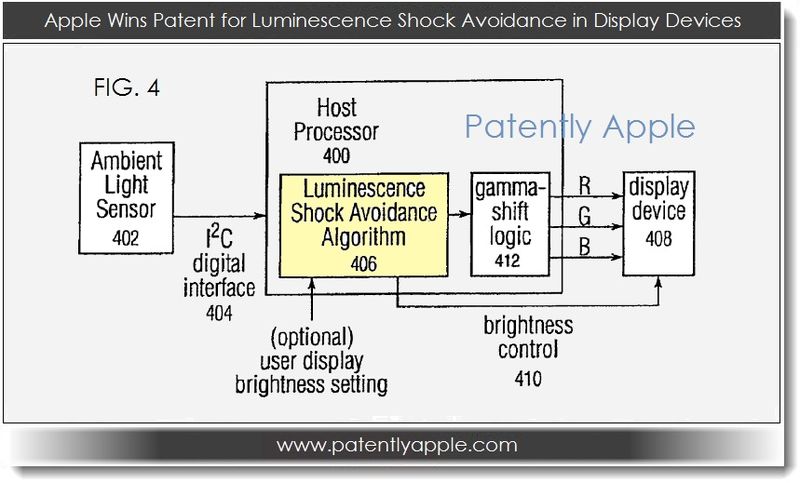 Apple credits Kai Pantfoerder as the sole inventor of granted patent 8,405,688 which was originally filed in Q4 2011 and published today by the US Patent and Trademark Office. To review more details on this, see our 2011 report on Apple's first Granted patent on this technology.

Apple has been granted five design patents today which cover an In-Store Apple product display which is used at Best Buy and other retailers, the iPod shuffle third and fourth generations, plus two iOS device user interface elements covering Passcode and Settings.