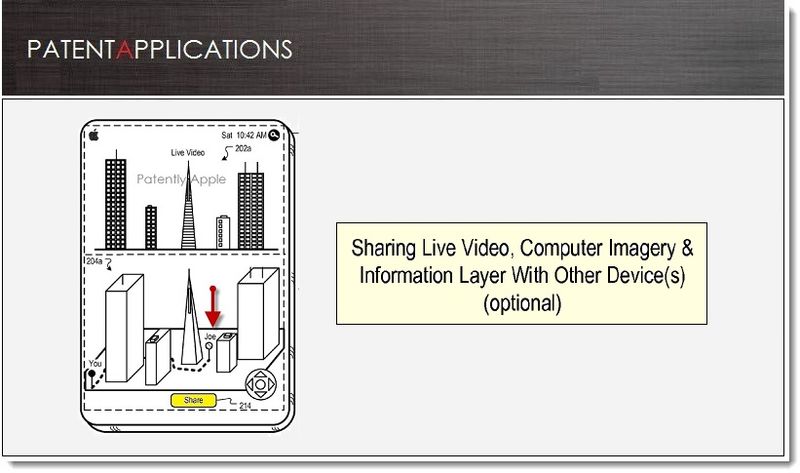 It's a big day for Apple patents as the US Patent and Trademark Office officially published a series of 48 of their newly granted patents. Our report covers four Apple design patents along with 44 utility patents that cover such technologies as a synchronized interactive augmented reality display for iDevices, a tactile feedback system for iDevices, virtual keyboards, touch screens with transparent conductive material resistors and much, much more.

Apple has been granted a patent today for their invention relating to synchronized, interactive augmented reality displays for multifunctional devices or iDevices. 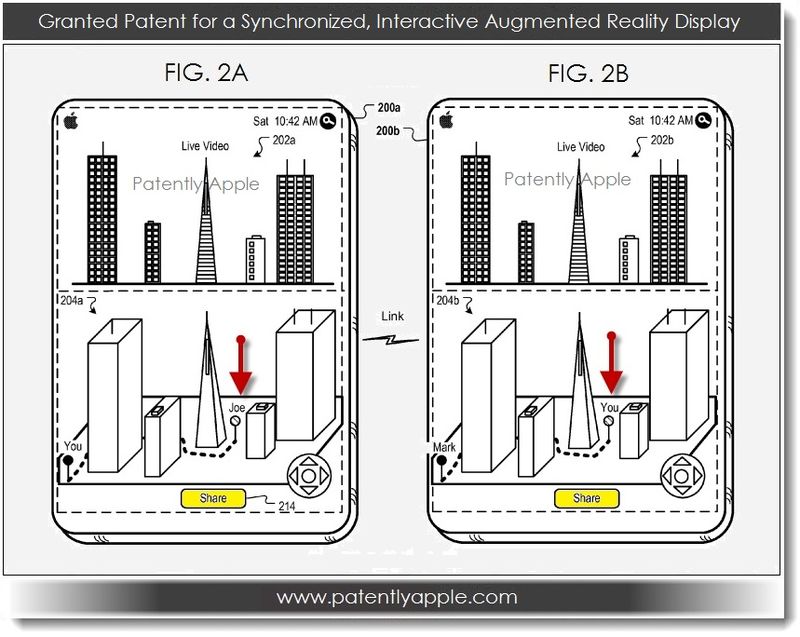 For more detail on this patent, you could check out our original July 2011 report.

Apple credits Brett Bilbrey, Nicholas King and Aleksandar Pance as the inventors of this granted patent which was originally filed in Q1 2010. 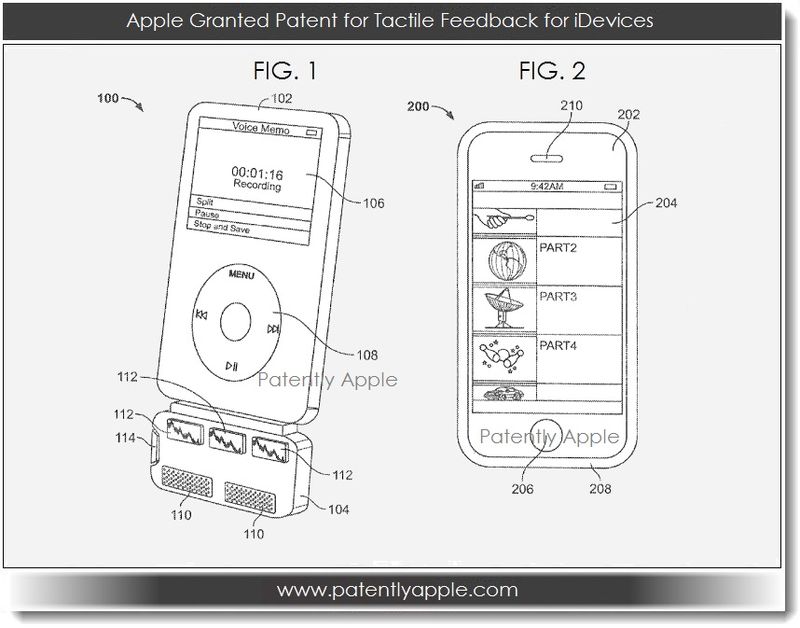 The iPod design covering a speaker accessory in patent figures 1 was first published in 2009. Apple's patent figure 2 represents tactile feedback on an iPhone.

Apple credits Anthony Fadell, Andrew Hodge, Stephen Zadesky, Aram Lindahl and Anthony Guetta as the inventors of granted patent 8,400,283 which was last filed in Q1 2012, though the original filing dates back to 2007. 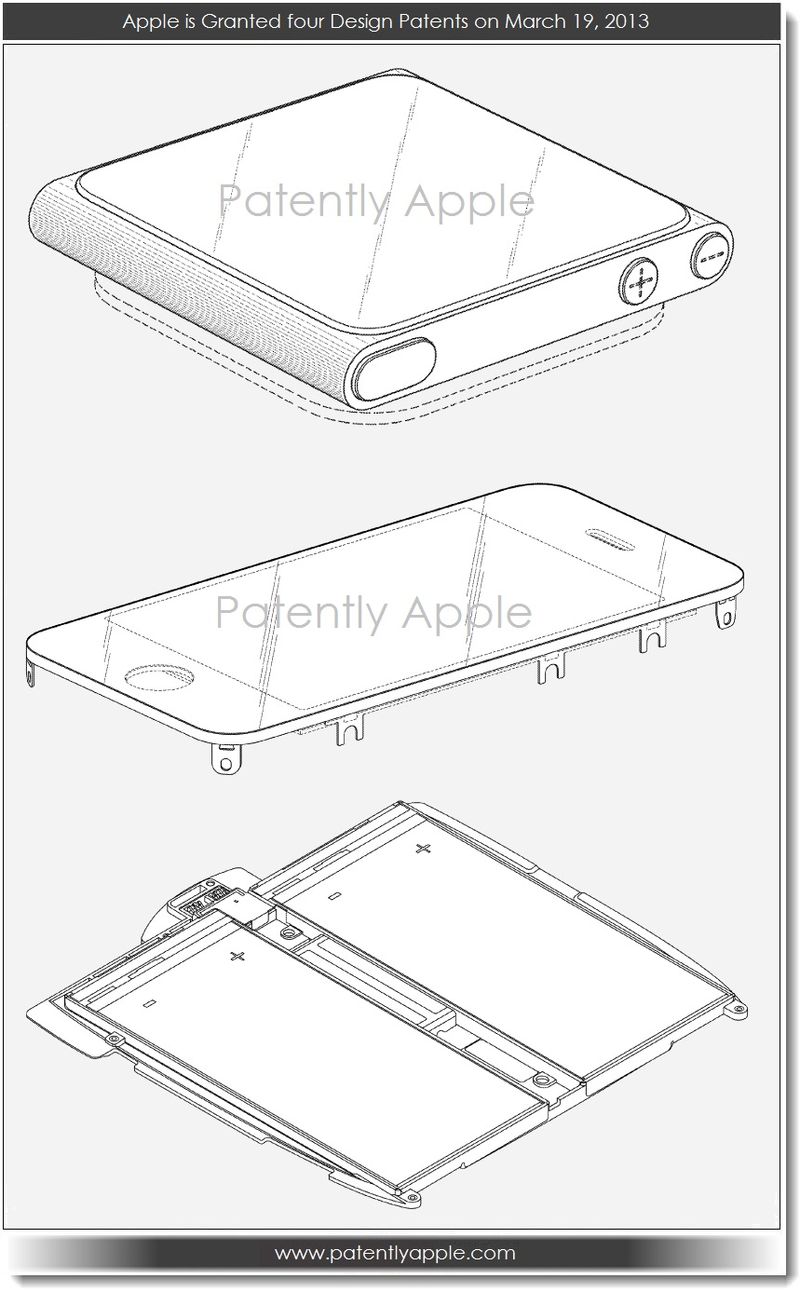 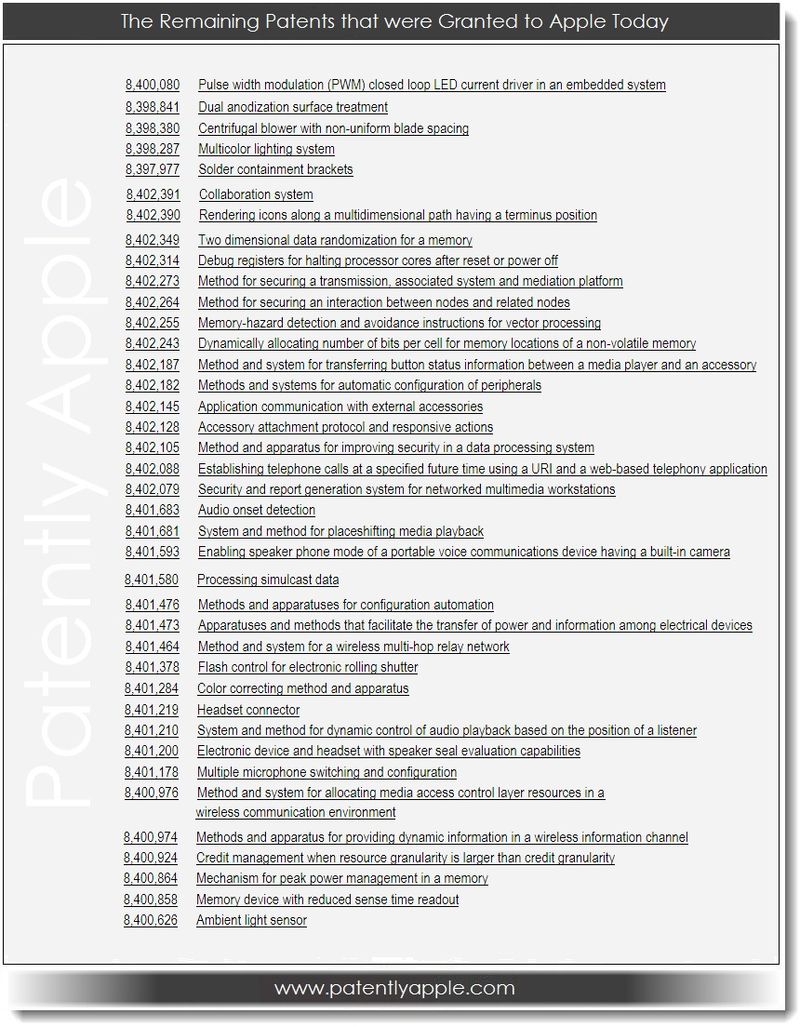