On March 8, 2013, the US Patent & Trademark Office published Apple's latest registered trademarks for "AuthenTec" and "KeepSafe." Apple acquired AuthenTec in July 2012 and is likely to use their fingerprint technology for iDevice security and/or e-Commerce in the future. AuthenTec's website segment for Identify Management is now closed stating that "products are no longer available." This is a likely telltale sign that Apple wants to keep this technology for their future products.


The US Patent and Trademark's database which is routinely updated, now shows that the registered trademark status for "AuthenTec," and "KeepSafe" have been successfully assigned to Apple Inc. The US Patent Office's form in-part for "AuthenTec" is noted below. 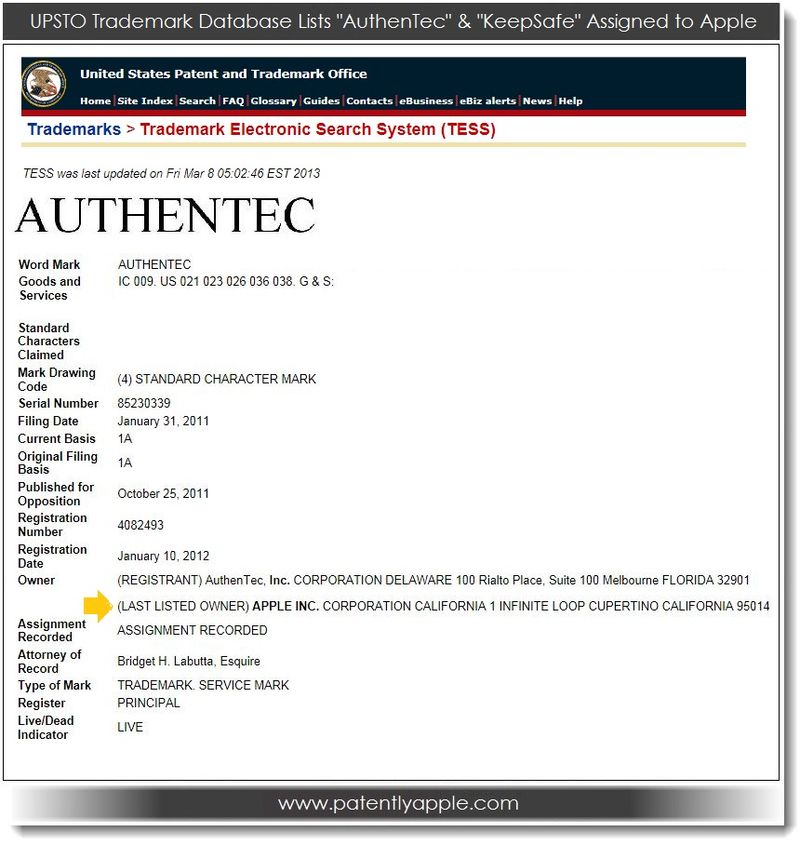 Of particular interest is the transfer of the registered trademark KeepSafe to Apple. Below is a specimen provided to the US Patent Office for "KeepSafe". This marketing page is no longer available on AuthenTec's website. 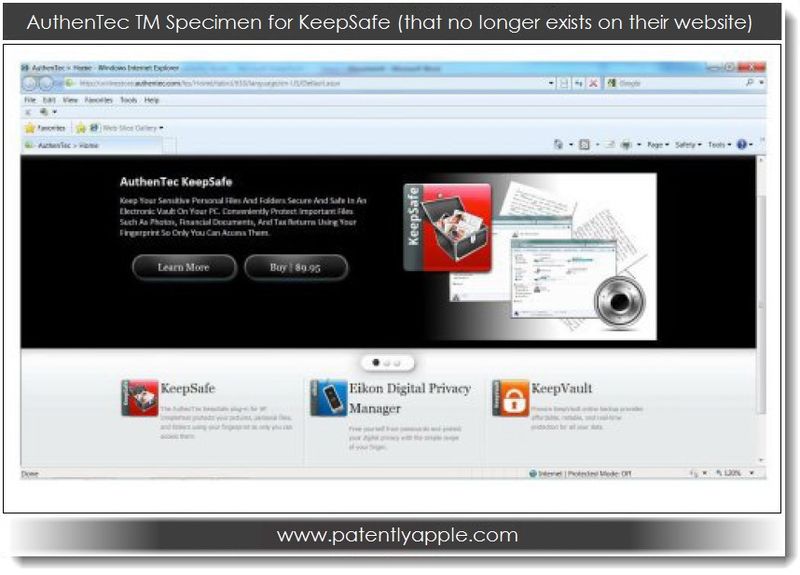 This particular registered trademark is associated with biometrics or fingerprint technology as was adopted by HP for notebook based fingerprint scanning. AuthenTec's support page describes KeepSafe this way:

"KeepSafe is an additional fingerprint enabled software application purchased from AuthenTec Store. KeepSafe allows you to encrypt your files in a protected folder. The folder can be shown on your Desktop or in Computer. This folder will not be visible for other users sharing the computer."