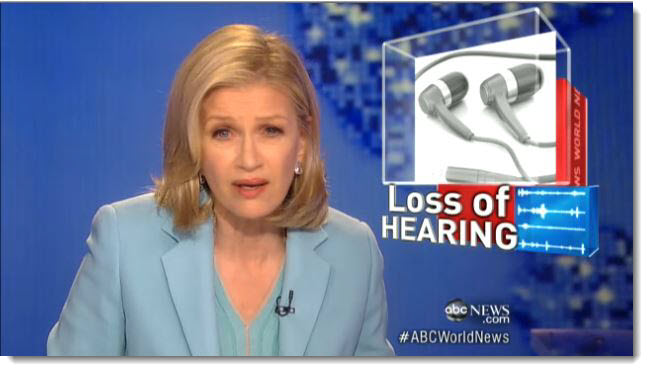 One of the top stories on ABC's World News with Dianne Sawyer tonight was titled "Can Earbuds Lead to Hearing Loss? Here's a story affecting every American family. Sawyer stated: "Here's the question: Are your earphones ruining your hearing, right now, tonight?" The video report noted below fills you in on the full story that points to earphones and earpods used with devices like the iPod and iPhone are damaging young people's hearing dramatically. You could also read a related ABC report titled "Bloomberg, NYC Want to Educate about Loud Music," to get the bigger picture. Note: The video can be viewed on an a Mac or PC but not on an iOS device.