The four new counts of infringement against Apple were filed in a new lawsuit filed with the court last night. All the patents show that SmartPhone is using four PalmSource Patents as follows:

1. 7,076,275 entitled "Method and System for Single-Step Enablement Of Telephony Functionality for a Portable Computer System" 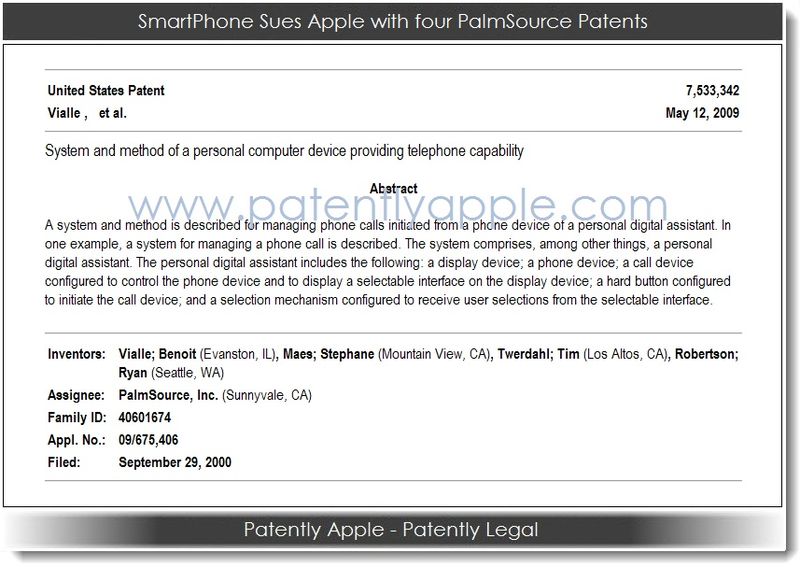 4. RE40,459 entitled "Method and apparatus for communicating information over low bandwidth communications networks"

SmartPhone is alleging that Apple's complete line-up of iPhones and iPads, including the new iPad mini infringe upon their patents listed above. Because these devices run on the AT&T network, SmartPhone adds AT&T to the lawsuit.

The patent infringement case presented in today's report was filed with the Texas Eastern District Court. At present, no Judge has been assigned to the case.