MAZ Encryption Technologies, a document security firm, has filed a patent infringement lawsuit against Apple. The patent infringement lawsuit concerns Apple's iOS security system and architecture. After the discovery process, MAZ Encryption Technologies is claiming that the infringement was willful. In legal terms, "willful"  opens the door for triple damages awarded to the Plaintiff if the court finds that the defendant, in this case Apple, is found guilty of the charges.

The filing with the court provided a simple background of MAZ Technologies as follows: 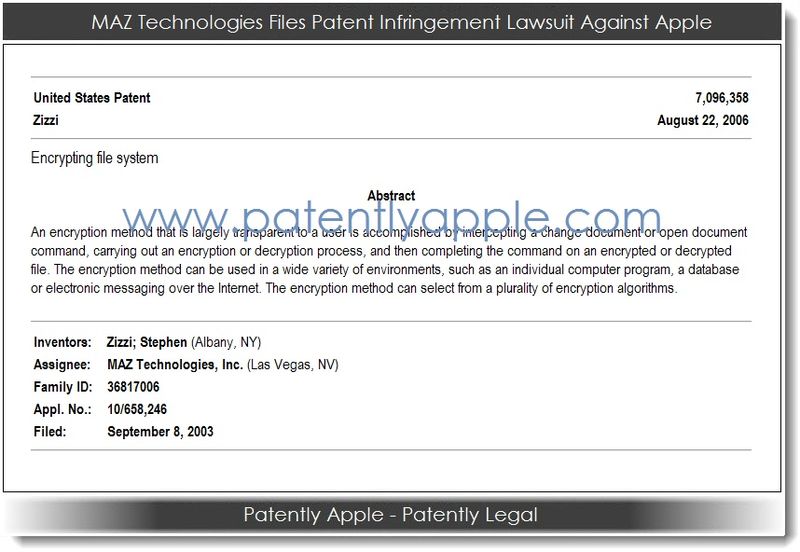 The formal complaint before the court states that "To the extent that facts learned in discovery show that Defendant's infringement of the '358 Patent is or has been willful, MAZ reserves the right to request such a finding at the time of trial." That usually means that they're hoping that the judge will triple the award should Apple be found guilty of patent infringement.

The patent infringement case presented in today's report was filed with the Delaware District Court in New Castle County. At present, no Judge has been assigned to the case.