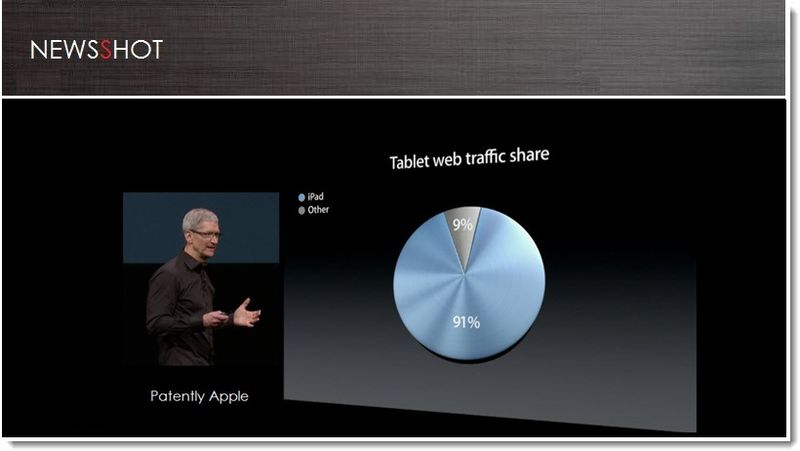 Apple and Samsung are two of the most powerful players in the mobile industry today with 91% market share for iOS and Android smartphones. Both companies launched new flagship smartphones in 2012 with Apple's iPhone 5 and Samsung's Galaxy S III. In September 2012 Apple's CEO presented a web traffic share chart wherein the iPad commanded a stunning 91% share compared to just 9% for all other tablets. Cook found this quite humorous and stated that he didn't know what these other tablets were doing. "They must be in warehouses or store shelves or maybe in somebody's bottom drawer: he added. Yet in the smartphone arena, the stats are much different. Yet believe it or not, Apple's iPhone still outguns Samsung's. Our report presents you with two interesting charts that prove that out.

A new study by a major online Ad networking company was conducted with a sample of "tens of millions" in the U.S. and Canada between February 1 and 9, 2013 and the results were quite revealing.

The first chart noted below is a direct comparison between the iPhone 5 and Galaxy S3. Although Apple couldn't ship enough iPhone 5's in Q4 due to production constraints, the iPhone was still able to garner 51% of smartphone traffic compared to the Galaxy S3's 49%. 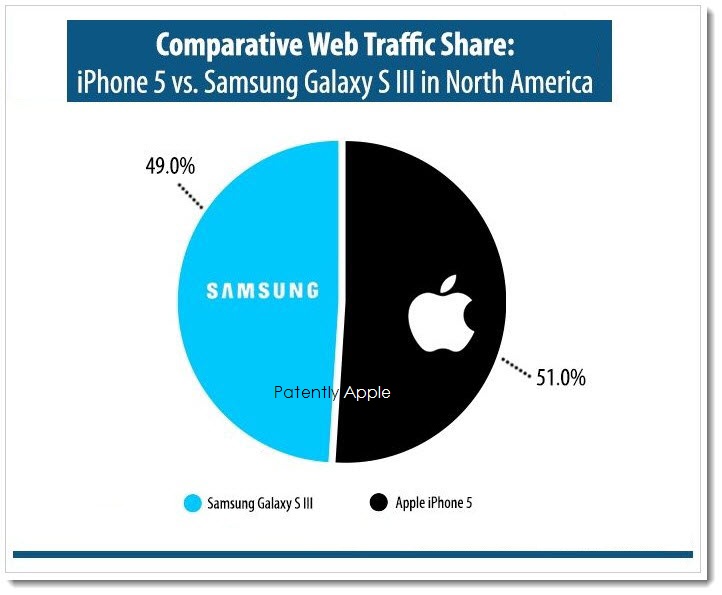 Yet the gap between Apple and Samsung smartphones really widens when you compare Apple's iPhone 4S and iPhone 5 versus Samsung's army of smartphones covering every price point on the planet. In the chart below we see that Apple's two phones took 41.5% of web traffic while Samsung's total range of phones only took a wimpy 20.6% or about half of Apple's. When you take into consideration Apple's superior products and savvier iPhone users, it's not that surprising. The statistics speak for themselves. 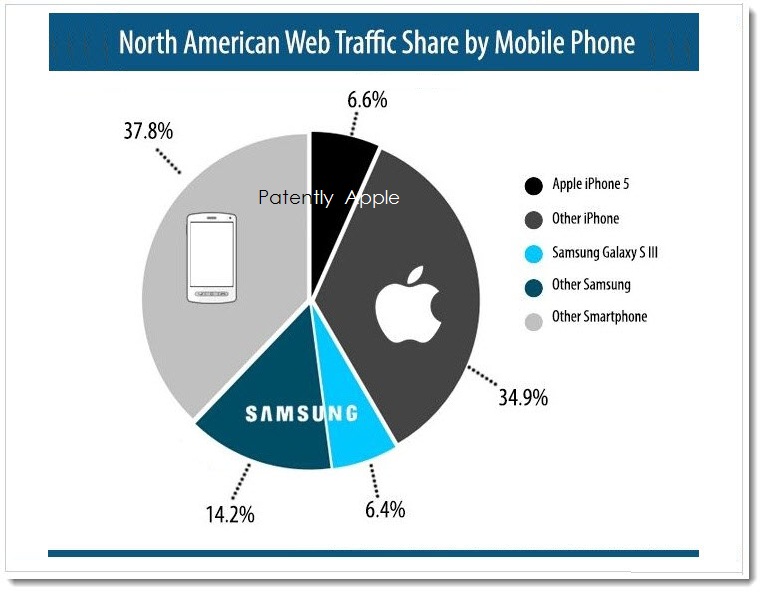 With so much noise in the press of late about Samsung's phones and the Galaxy S3 in particular dominating the smartphone market, you have to wonder why web traffic stats aren't supporting the marketing noise. There's a huge disconnect here. As Tim Cook pointed out with tablet traffic, is the same true for Samsung phones? Are most of Samsung's phone sales just sitting on store shelves?

If anything, the stats seem to prove that Apple's iPhone users in general are much savvier than Samsung users by a wide margin. It also seems to prove that Samsung users really aren't that cool as Samsung ads make them out to be because in reality they're using their smartphones mainly to, well, make phone calls. Now how savvy is that?