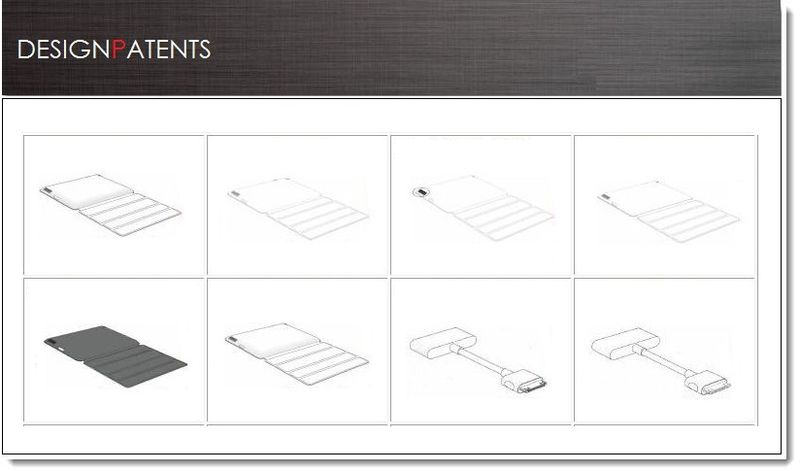 Late Yesterday China's Hong Kong Patent Office published a series of 14 granted design patents for Apple. In total, there were ten granted design patents relating to Apple's iPad Smart Case and two covering Apple's 30 pin to HDMI Adapter Cable. One particular design that was highlighted in this lot covered the micro holes found at the bottom of the iPad's Smart Case that allows for the iPad's audio to escape through.

Below is just one "Register of Design" patent form example from China's Hong Kong Patent Office. China's terminology for "Granted" design patents is the term "Registered." 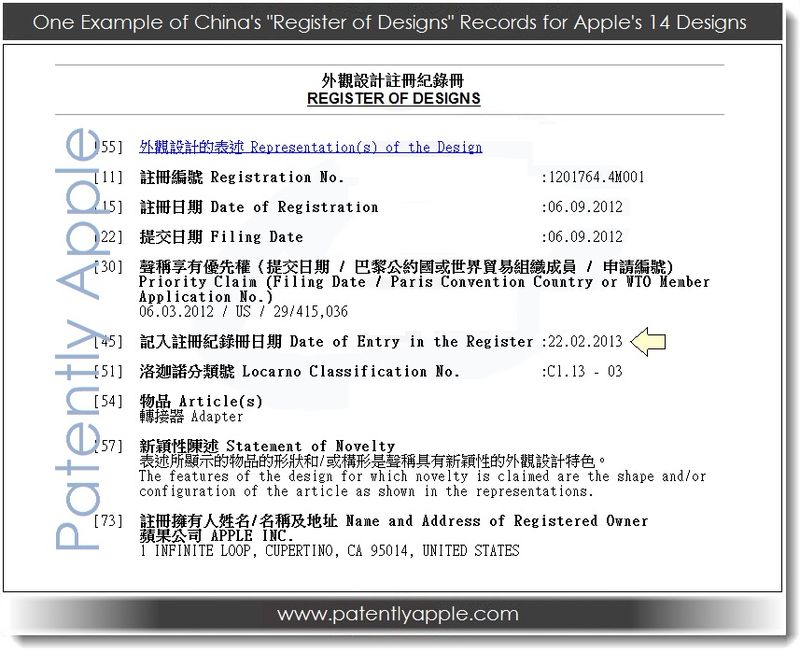 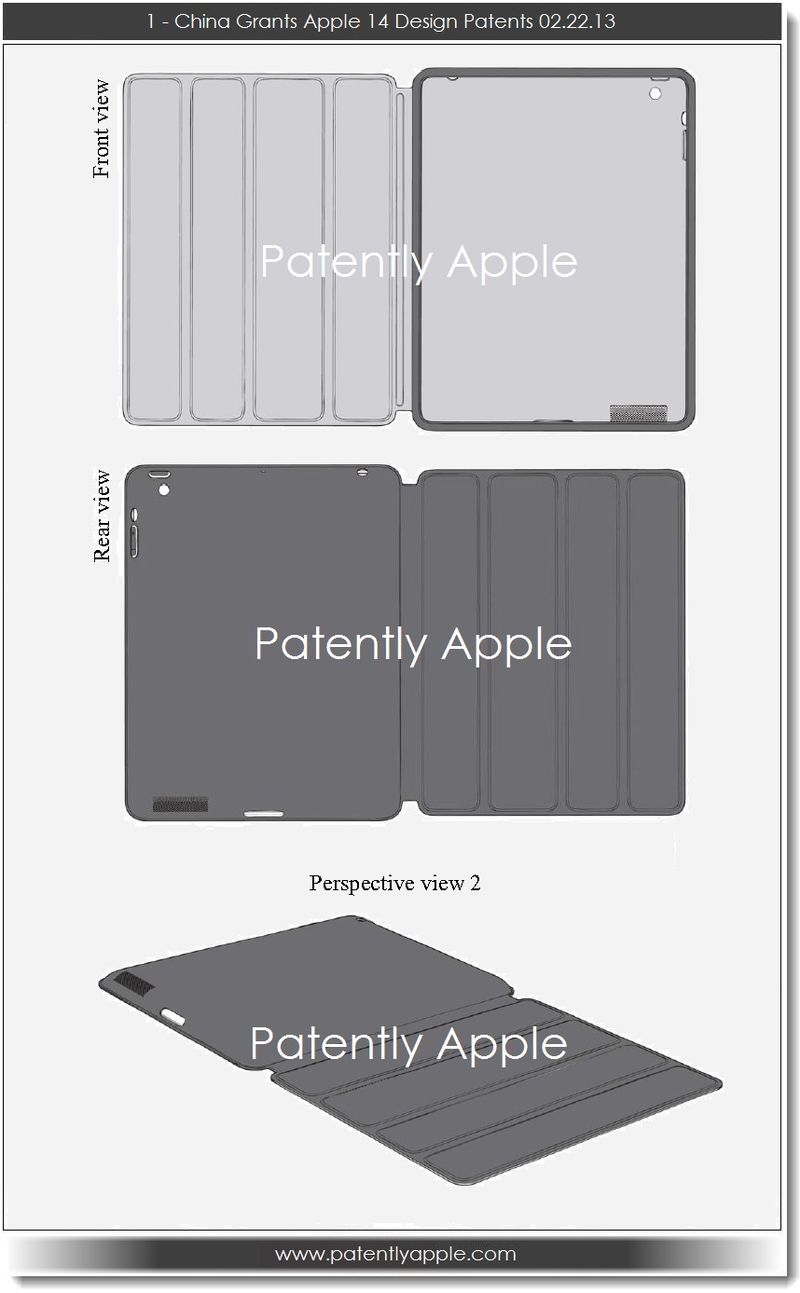 Unlike utility patents, design patents don't present publically available particulars detailing the designs in any way that could assist us in properly distinguishing the finer points between the various iPad Smart Case designs. All we were able to discern is that there were line drawing versions, one in black and white, one in color noted above and one that shows the audio micro holes found on the iPad's Smart Case as noted below. 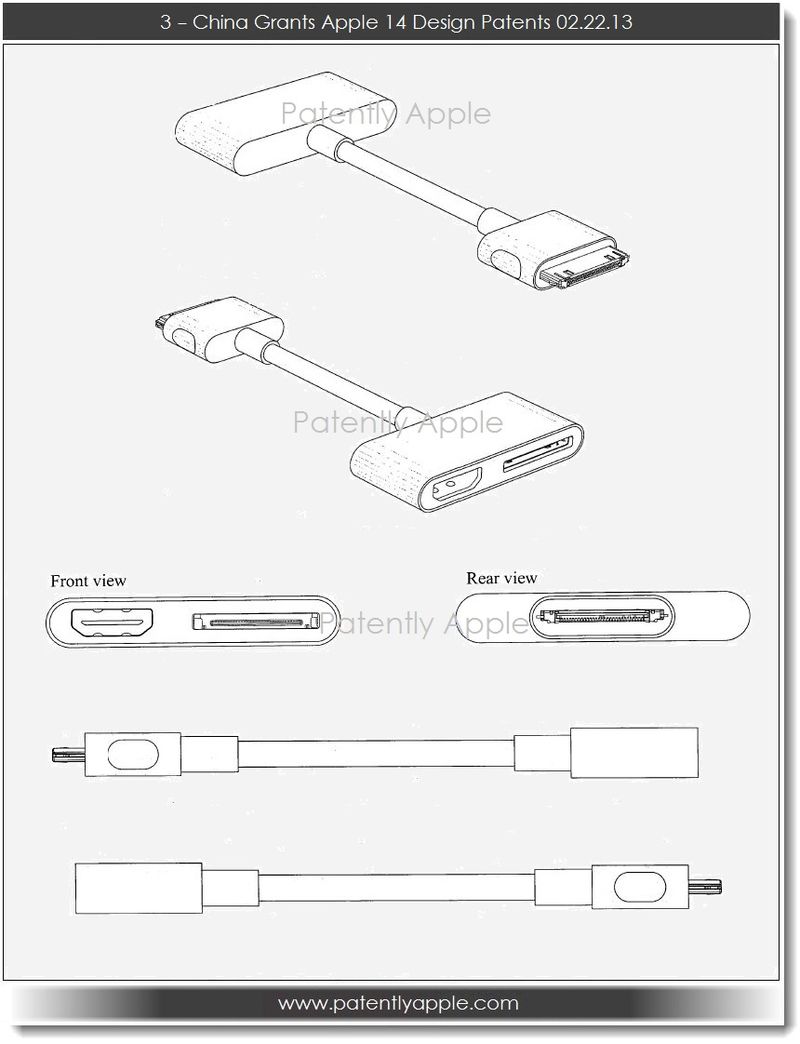