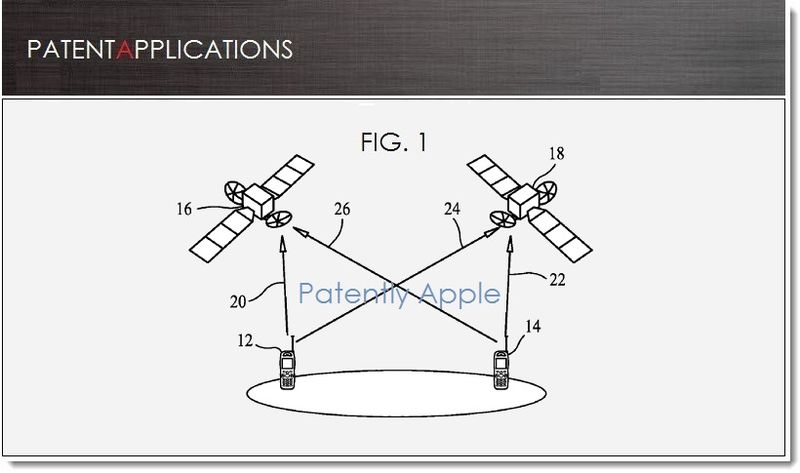 On February 28, 2013, the US Patent & Trademark Office published a patent application from Apple that reveals technology that could support a future iPhone with satellite capabilities. Satellite phones or satphones are popular on expeditions into remote areas where terrestrial cellular service is unavailable. Apple's patent filing states that the use of satellites for personal and business communications is an important technique in global communication networks. Satellite communication systems provide obvious benefits that allow users to transmit and receive communication signals over a large footprint.


Apple's invention advantageously provides a method and system for achieving a link improvement in a diverse communication system such as a satellite-based system. The method and system include steps that result in the adjustment of timing offsets between mobile stations and the sharing or reallocation of timing misalignments among the diversity paths through the diverse satellite paths. Once the timing misalignments have been reallocated, various zoning and scheduling methods are employed in order to schedule the transmissions of various mobile stations within a common zone.

Apple's patent is a very engineer focused and provides little in the way of actual applications that Apple may be thinking of beyond what we've presented. However, beyond the benefits of having a satellite phone for use off shore on cruise liners or when you're in remote areas such as the mountains, Apple could theoretically be thinking of using their satellite technology to delivery future movie and television services. That's the application that we'll be keeping our eye open for in future related patents regarding satellite technology. Apple may be low keying this invention but it packs quite the punch if you logically extend what it could mean for future services.

Apple's patent application was filed in Q4 2012 yet dates back much further than that because it's a patent that Apple acquired; which is another reason why this patent application is so intriguing. About Our Cover Graphic: Apple's patent FIG. 1 is an illustration of an uplink portion of a diverse satellite communication system with two mobile stations sharing two satellites