The US Patent and Trademark Office officially published two newly granted design patents for Apple Inc. today. The first covers Apple's 3GS iPhone crediting the late CEO and cofounder Steve Jobs and the second covers the iPhone's "Slide to Unlock" feature which has had variable success in their legal battles against Android OEMs. 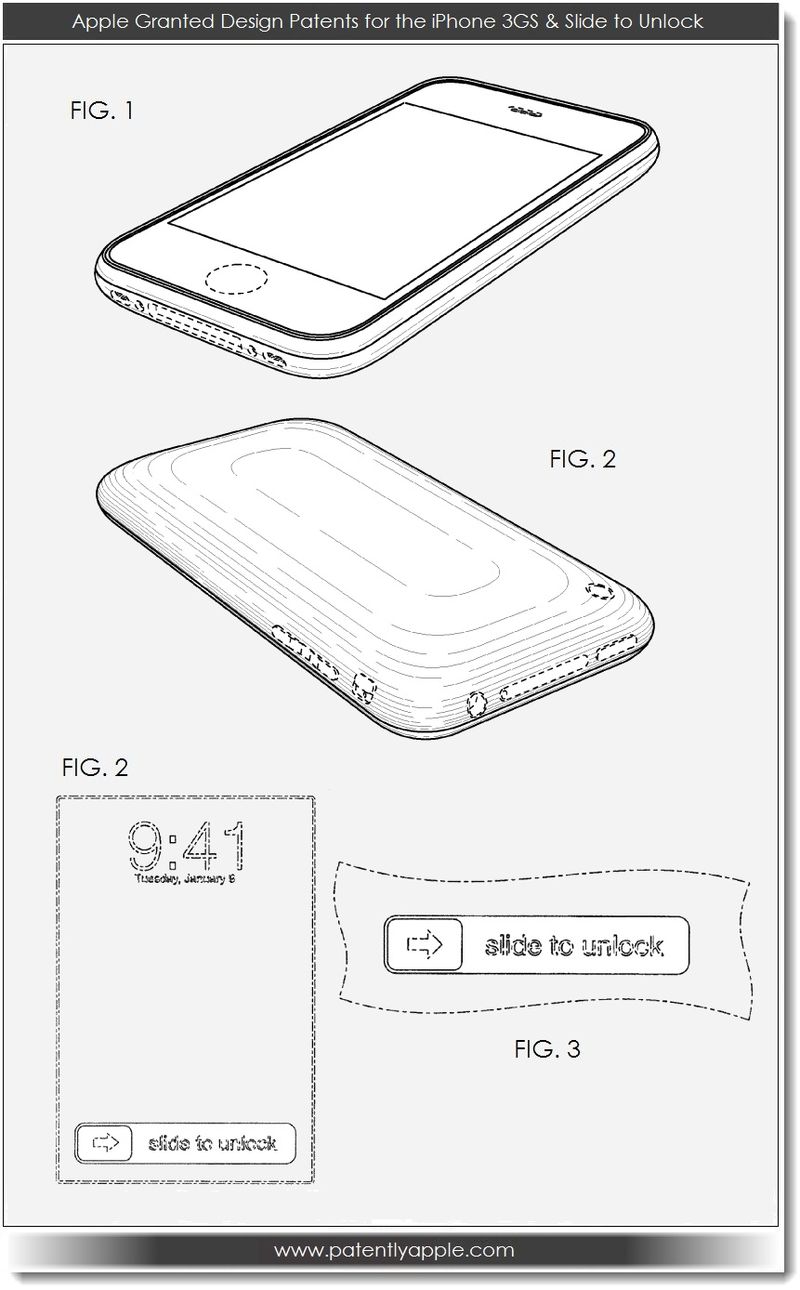 For the "Slide to Unlock" design, Apple credits Freddy Anzures, Bas Ording and Marcel van Os as the inventors of Granted Patent D675,639 which was filed in Q 3 2011 and published today by the US Patent and Trademark Office.