The US Patent and Trademark Office officially published a series of 40 newly granted patents for Apple Inc. today. In today's granted patent wrap-up report we present you with links to a number of key granted patents. Two of the patents cover key iOS interfaces while others cover OLED display panel fabrication and iDevice compass calibration. Closing out our report is a master list of the other patents granted to Apple today that we didn't cover.

Apple has been granted a patent today for their invention relating to techniques for calculating and removing the contribution of an interfering, local offset magnetic field from the output of a 3-axis magnetic sensor so as to obtain an accurate reading of the Earth's geomagnetic field. 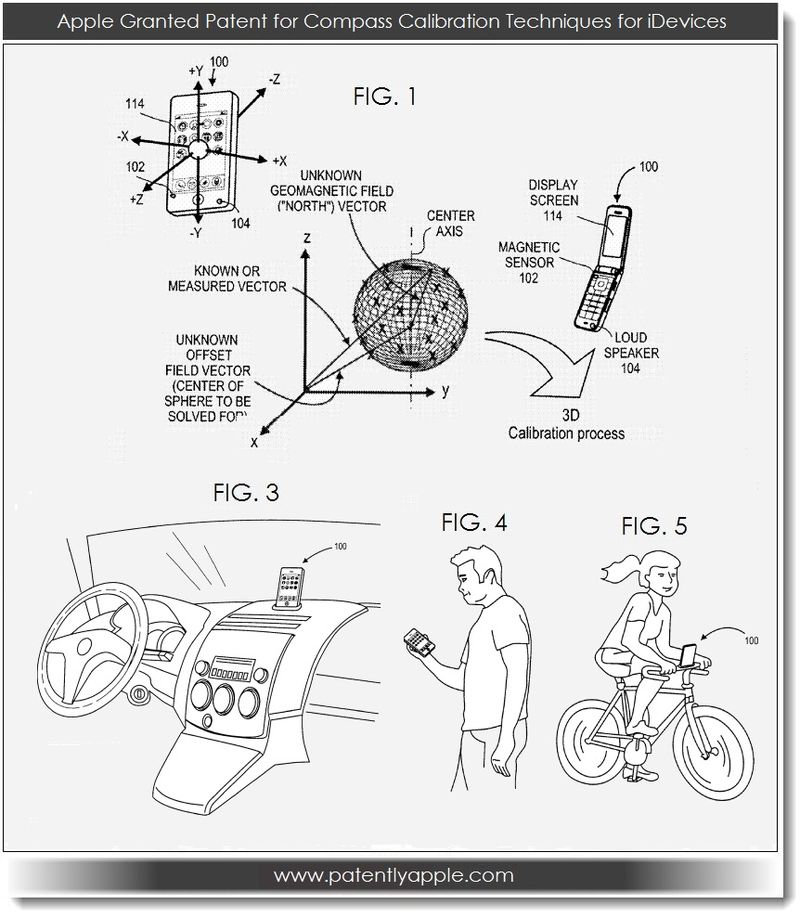 Apple has been granted a patent for their invention relating to multifunctional devices with touch screen displays, and more particularly, to conducting edits (e.g., cutting, copying, or pasting user-selected content) on such devices. 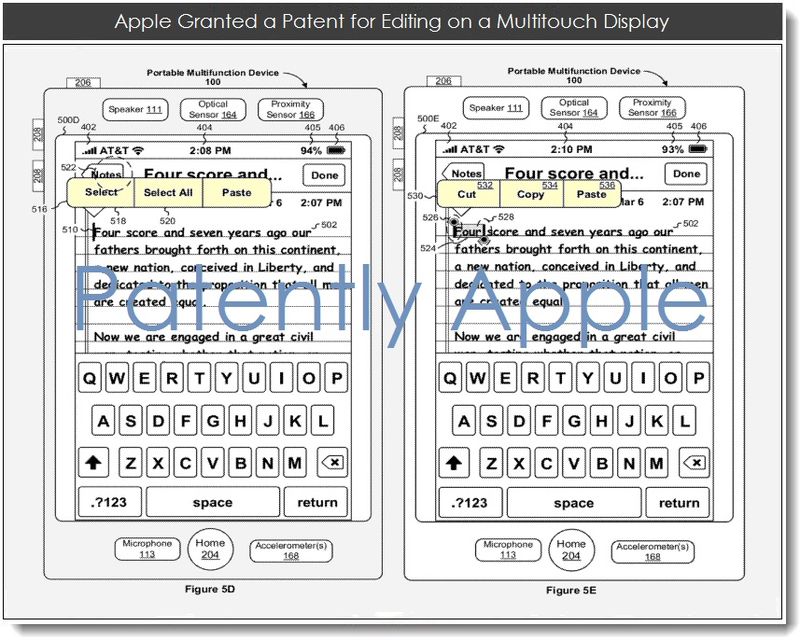 Apple was granted a patent today for their invention relating to portable electronic devices, and more particularly, to portable devices that display portions of electronic documents and/or portions of lists of items. This patent that was last filed in 2012 actually dates all the way back to 2007. It somewhat relates to patent 7,469,381 titled "list scrolling and document translation, scaling, and rotation on a touch-screen display," that was used against Samsung. 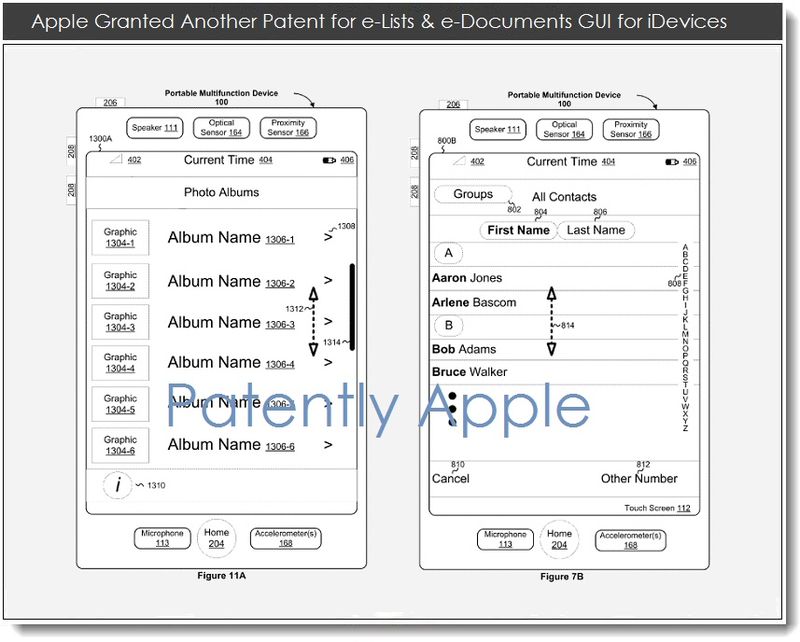 Apple has been granted a patent today for their invention relating to fabricating a touch sensor panel, and more specifically, to a method of patterning thin film on a glass substrate with an uneven surface. 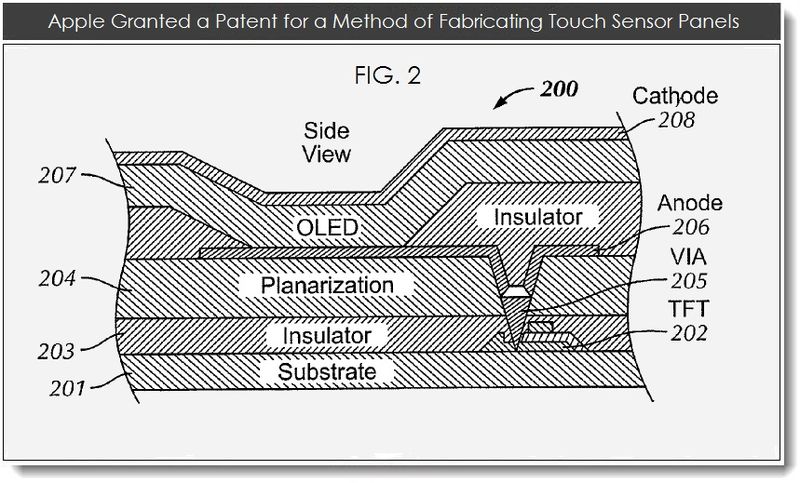 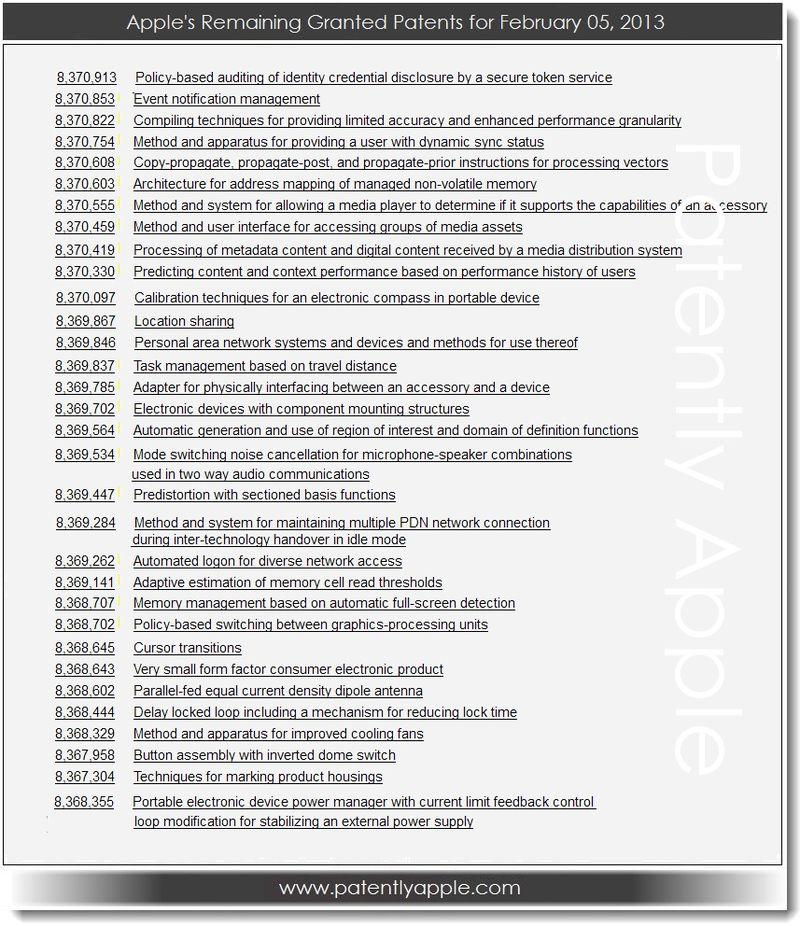