On January tenth it was reported that Apple acquired Anobit Technologies Ltd., an Israeli flash-memory based company. Today, a filing published by the US Patent and Trademark Office shows that Apple is still supporting a trademark filing that was made by Anobit prior to the acquisition titled "Making Flash Better." Whether Apple intends to fit this trademark into some of their future product marketing verbiage is unknown at this time. 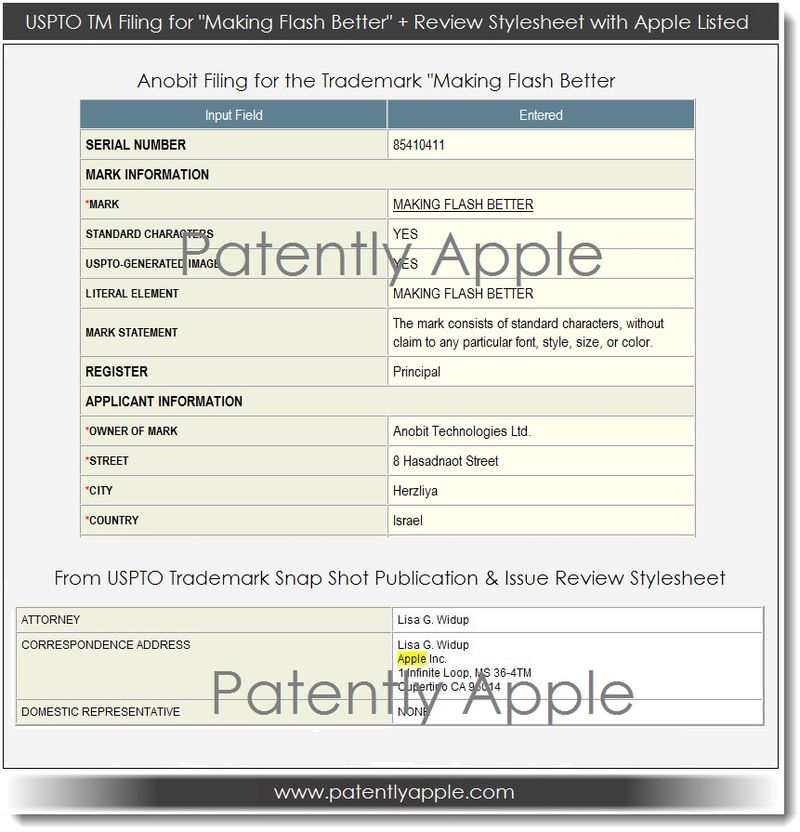 The filing was originally made in August 2011. As of January 29, 2013, the trademark is in one of the final stages of completion with the USPTO called the "Publication & Issue Review Complete" phase.