In late November 2012, Apple's invention for a new wireless charging system came to light in a new patent application that fully described a "Virtual Charging Area." The basic idea is that the new charging system will be able to charge your iMac's wireless keyboard, a Magic Mouse or Trackpad along with all of your iDevices like your iPhone and iPad all at once. Today it was revealed that Samsung has developed a new charging technology of their own with assistance of Korea's Advanced Institute of Science and Technology.

According to Japan's Nikkei Electronics, Korea's Advanced Institute of Science and Technology (KAIST) and Samsung Electronics Co Ltd co-developed a receiving circuit for wireless chargers based on magnetic resonance. The circuit uses a resonance frequency of 6.78MHz. Its maximum output is 6W, which is more than 10 times higher than before, and its maximum transmission efficiency is as high as 86% (with an output of 3.4W). The circuit is targeted at mobile devices such as smartphones.

The report failed to note when we could expect Samsung's new wireless charger to come to market. Samsung fans will be hoping for a true wireless charging system to come from Samsung instead of from Duracell or creating a solution with a creative hack. Whether Samsung's solution will be ready in time for the Galaxy S4 later this year is unknown at this time.

As far as Apple's wireless charging solution is concerned, it's still stuck in the patent stage and guessing when it may materialize would be a futile exercise. On the flipside of that position, wireless charging is one of those conveniences that both fan bases are highly interested in having.

Who will win this race to deliver an advanced wireless charging system? My guestimate is that Samsung will be first out of the gate with a true wireless charging solution but it won't be as encompassing as Apple's proposed solution will be. Not by a long shot.

Apple's solution will ultimately be superior if their patent pending invention fulfills its vision. Yet for marketing sake, for bragging and advertising rights, it will really boil down to who's first to market. It's a way to show that your competition is falling behind. We saw how Samsung tried using their larger 5" display to their advantage in Q4 and the press ate it up. The funny thing to that saga is that the iPhone ended up being the number one smartphone in the world in Q4 2012. Did the media call it wrong or what?

At the end of the day if Apple decides to surprise us with an early release of their proposed wireless charging system then all the sweeter it'll be. Yet realistically speaking, at this point in time, I wouldn't be holding my breath. 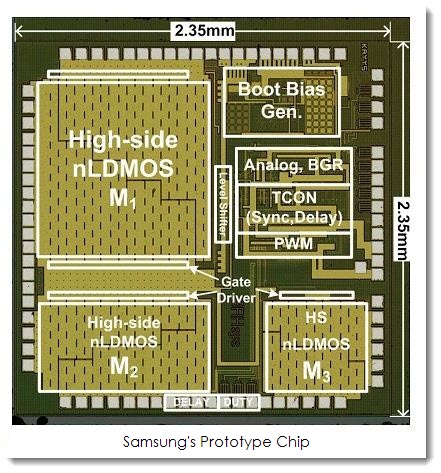