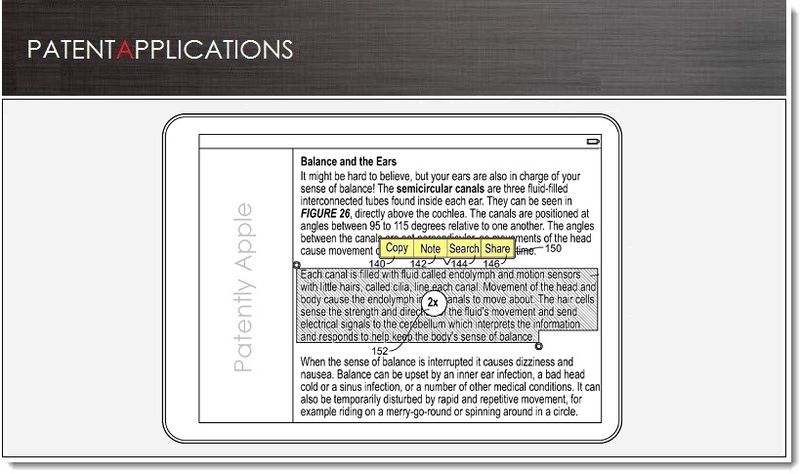 On February 21, 2013, the US Patent & Trademark Office published a patent application from Apple that reveals that they're working on extending tools for users reading an iBook, iMagazine, document, electronic newspapers and likely the web. The tools go beyond the traditional use of "copy" and "paste." Apple wants readers to be able to easily and quickly highlight text, share an article, make notes or access search all from a new customizable floating tool bar. Apple also illustrates that they're likely to add a new "card" element users could call up so as to better keep track of formal notes or to have them handy during a presentation. Our report covers a ton of graphics illustrating the new floating tool bar options to help you visualize what Apple is thinking of introducing in a future iOS upgrade. At present, Apple has implemented this specifically for iBooks and iBook Textbooks as shown in this example screenshot. Here's to hoping that Apple's tools will spill over for the rest of us who surf the web for news and research on a daily basis.

Physical books provide a reader with the ability to augment the text presented on the pages of a book. For example, a reader can use a highlighter to highlight or underline text on a page in a physical book. The reader can also augment the text by writing notes and comments in line with the text or in the margins surrounding the text. To review the highlighted text, notes, or comments, the reader would need to revisit the physical pages containing the highlighted text, notes, or comments. Alternatively, a reader can make note cards and include text from a book, personal notes, and comments on the note cards.

Many types of display devices can be used to display text. For example, text from ebooks can be stored on and read from a digital device such as an electronic book reader (ebook reader), personal digital assistant (PDA), mobile phone, a laptop computer, a tablet computer, or the like. An electronic book can be purchased from an online store on the World Wide Web and downloaded to such a device. The device can have buttons for scrolling through the pages of the electronic book as the user reads.

Apple GUI for Highlighting and Viewing Content in a Digital Book

In some implementations, an iPad will be able to implement various new device functionalities. As part of one or more of these functionalities, the iPad will present users with new GUI elements. For example, while reading an ebook, a user will be able to select text and elect to visually distinguish the selected text by highlighting the text (e.g., with a background color or pattern) or applying another visually distinguishing quality to the text (e.g., underling, italics, strike-through, bold, etc.). A highlight can be visually displayed on the iPad's user interface using any suitable color (e.g., yellow, green, blue, purple), or any suitable background pattern (e.g., checkered, horizontal stripes, vertical stripes, etc.) as noted below in Apple's Patent FIG. 1C. 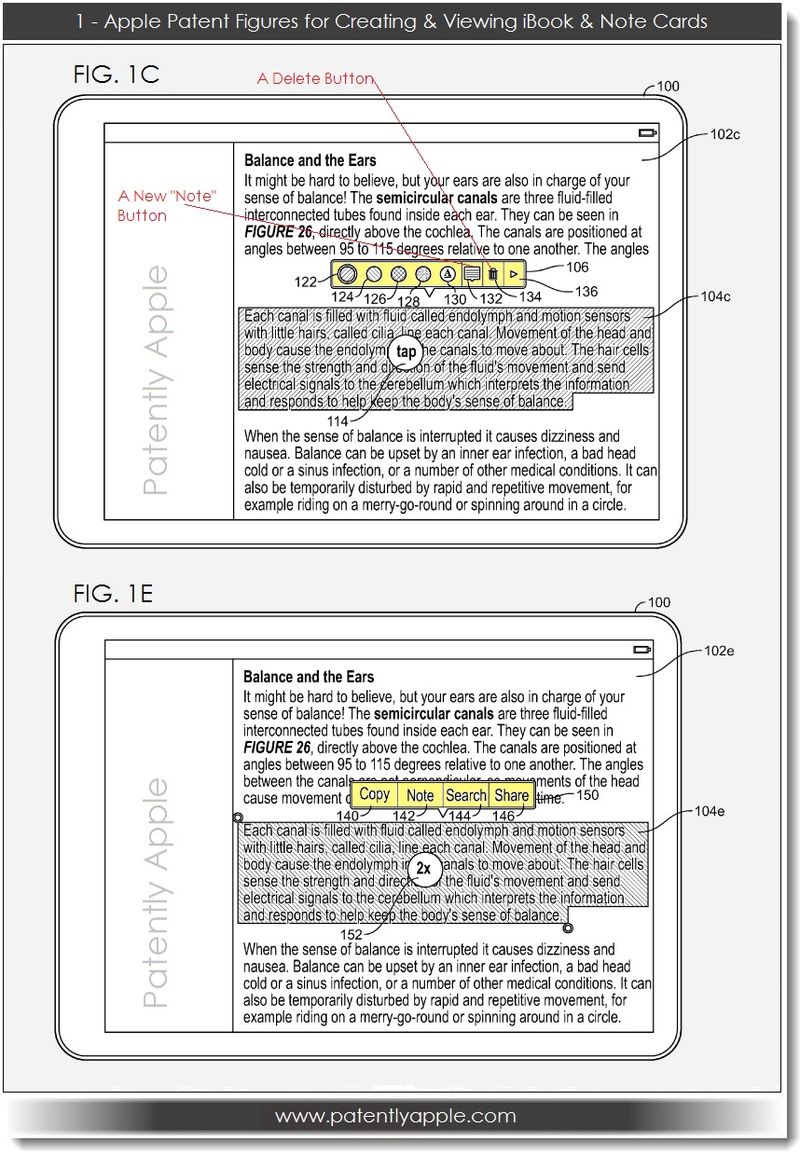 In some implementations, a user can elect to create a note and attach/associate the note with selected text in an ebook. For example, a user can select a portion of text displayed on their iPad and through one or more controls presented on GUI, the user can elect to create and attach a note with the selected text. In some implementations, the note is generated using the iPad's virtual keyboard.

In other implementations, a note can include any number of suitable media forms such as embedded audio, video, HTML, hypertext, and the like.

A Picture is Worth a Thousand Words

It's been said that a picture is worth a thousand words and so we present you with a wide selection of Apple's patent figures supporting their new invention that practically speak for themselves. 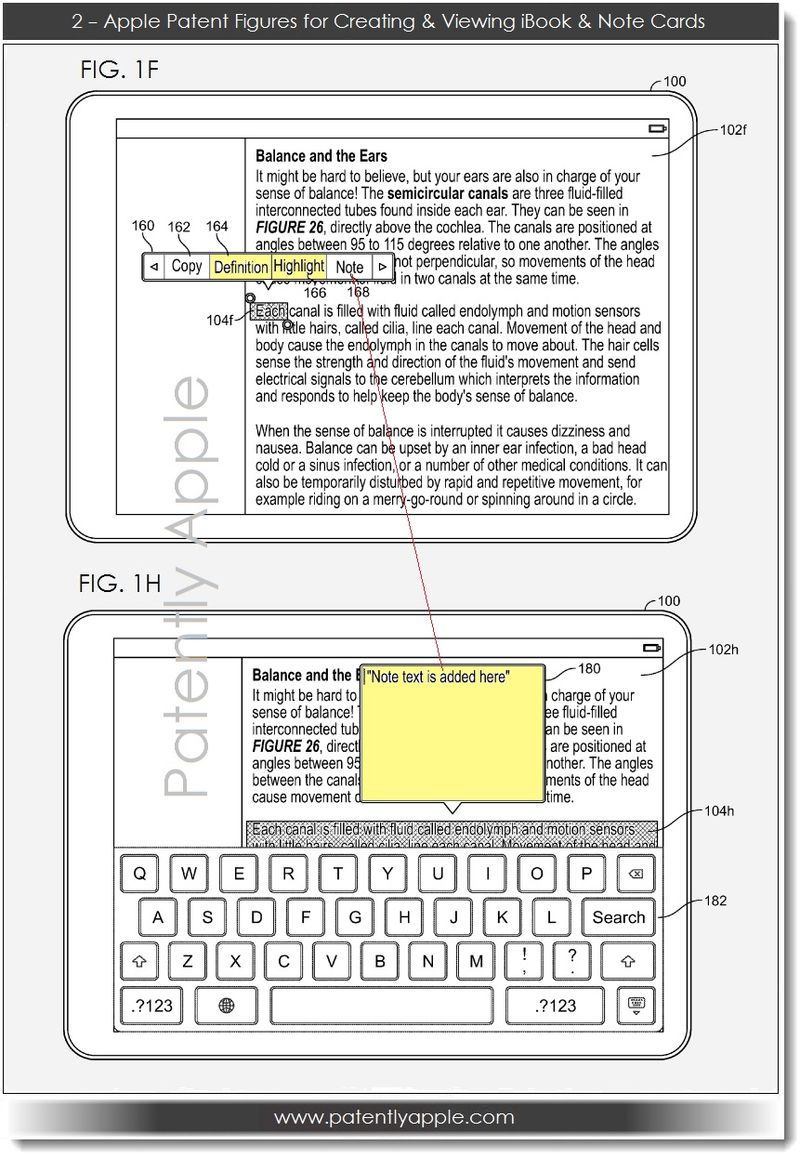 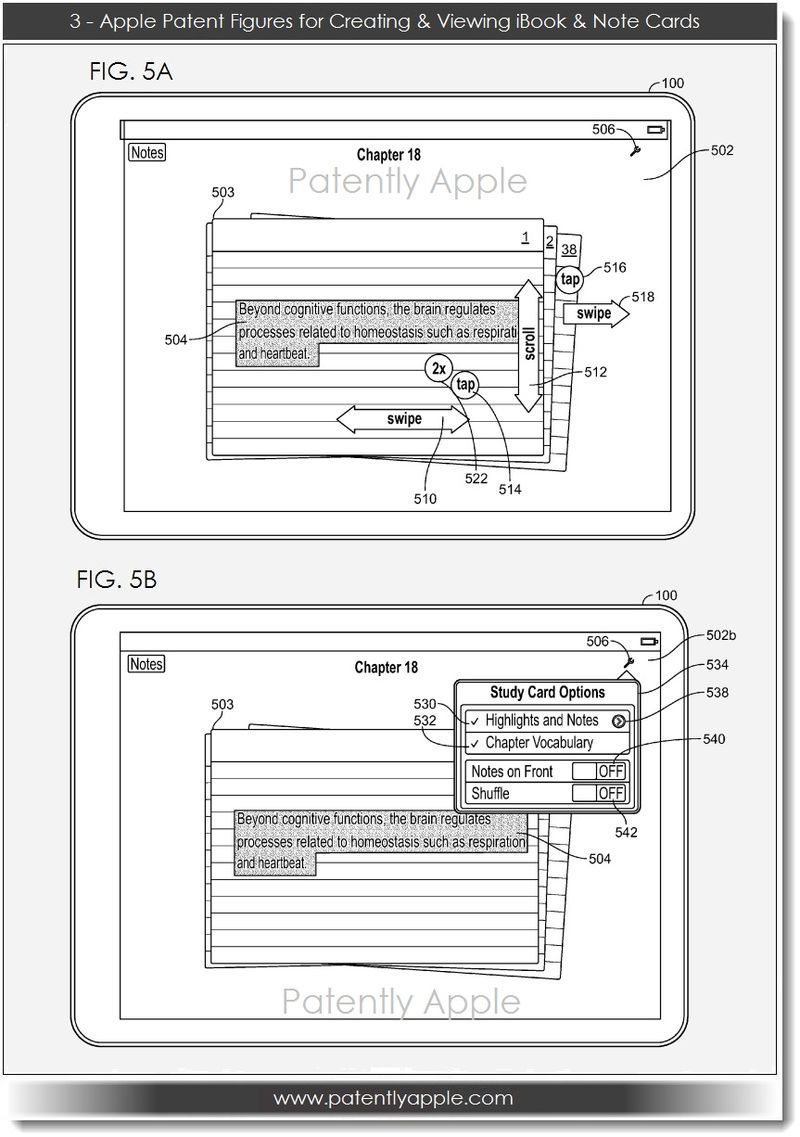 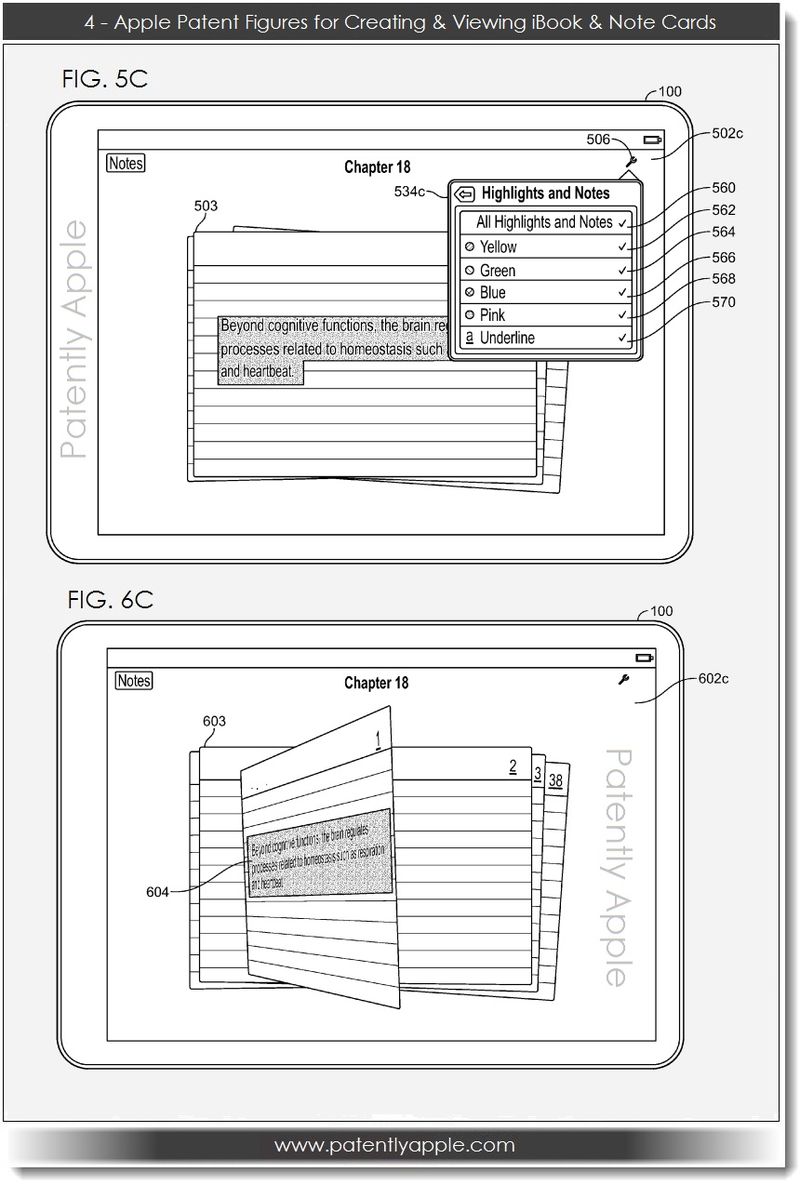 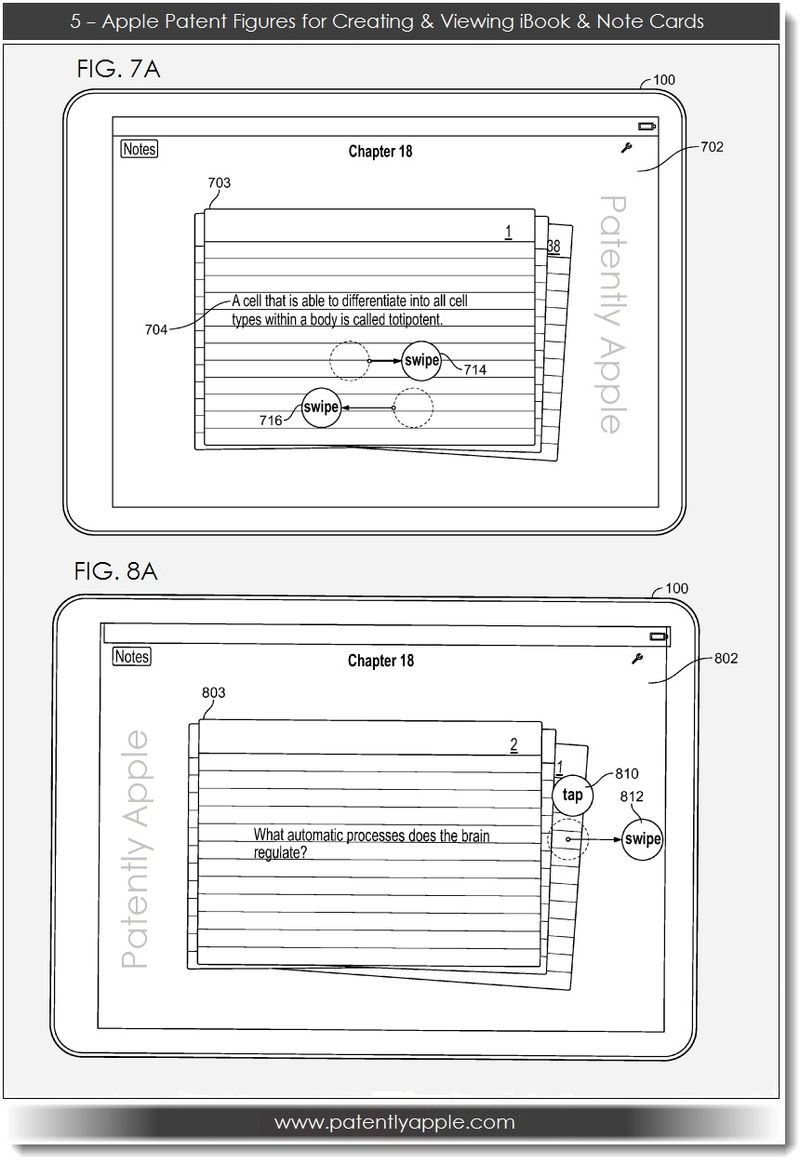