Apple opened 41 new retails Stores in 2012 but some think that Apple should be doing better. On another front, iOS 6.1.2 becomes the most popular iOS version ever and it only took a week to do it.

In 2012 Apple opened 41 stores. The total is the second highest yearly opening rate since the stores first began operating. The highest total was in 2008 when 47 stores opened. Yet some think that's slow growth. 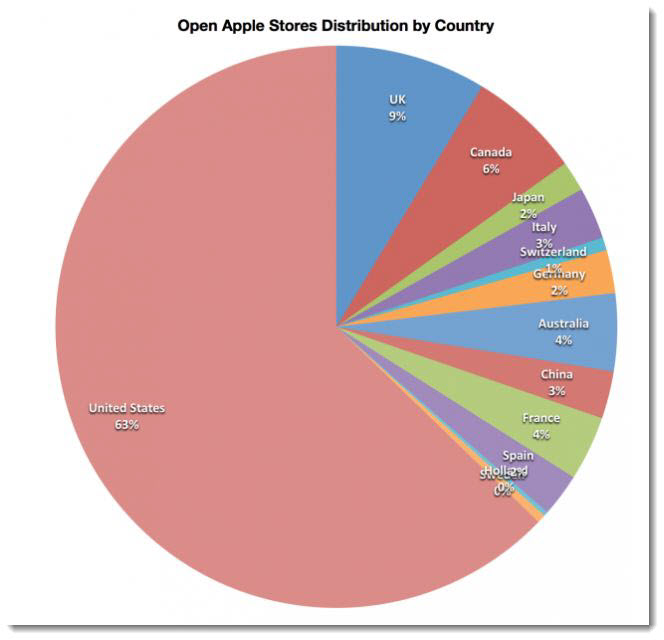 For more information, read this report.

Apple's iOS 6.1.2 is the Most Popular Version of iOS less than One Week Following Launch

As seen in the graphs below, five days following iOS 6.1.2's debut, 34.9% of iOS Web traffic in our North American network is generated by 6.1.2 users. This makes 6.1.2 the most popular version of iOS domestically, surpassing iOS 6.1.0, and adoption of the OS shows no signs of slowing down. 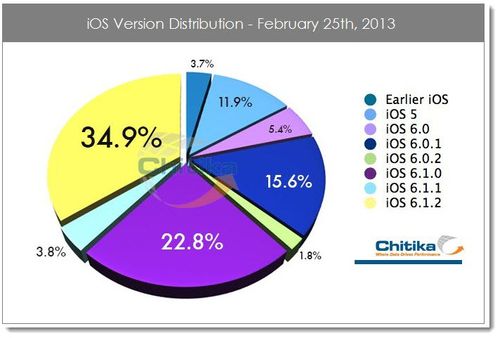 For more information read this report.