The US Patent and Trademark Office officially published a series of 34 newly granted patents for Apple Inc. today. In our second granted patent report of the day we focus on two of Apple's foundational patents covering Multi-Touch input discrimination and user interface gestures that relate to all iOS input gesturing and in-part covers devices such as Apple's Magic Trackpad, Magic Mouse and next-generation OS X based trackpad gesturing on the MacBook Pro.

Apple's patent covers techniques for identifying and discriminating between different input patterns to a multi-touch touch-screen device are described. By way of example, large objects hovering a short distance from the touch-surface (e.g., a cheek, thigh or chest) may be identified and distinguished from physical contacts to the surface. In addition, rough contacts due to, for example, ears and earlobes, may be similarly identified and distinguished from contacts due to fingers, thumbs, palms and finger clasps. 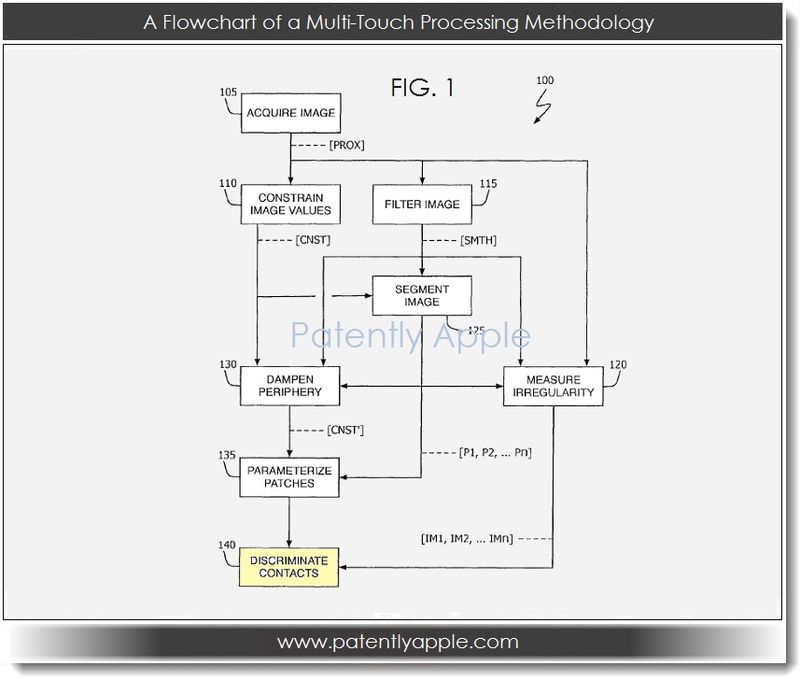 Apple has been granted yet another Multi-Touch related patent that covers user interface gesturing. Apple's invention relates to methods and apparatus for data input, and, more particularly, to a method and apparatus for integrating manual input. 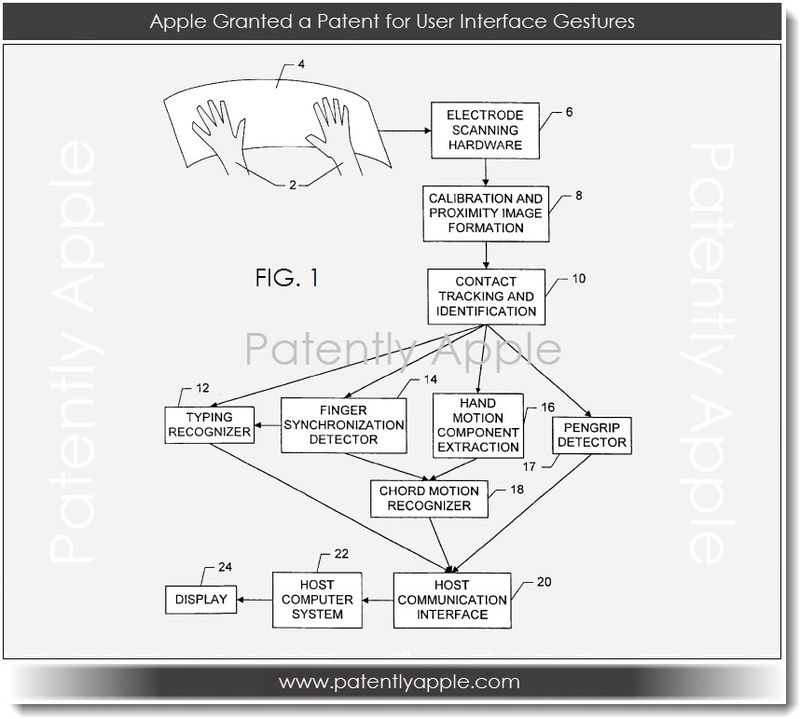 Examples of Apple devices applying a number of these invention principles include the Magic Trackpad, Magic Mouse and more.

Apple credits John Elias and Wayne Westerman as the inventors of this granted patent which was filed by Apple in Q3 2006 prior to the iPhone launching. To review today's 21 patent claims and full detailing, see granted patent 8,384,675.