The US Patent and Trademark Office officially published a series of 34 newly granted patents for Apple Inc. today. In our first granted patent report of the day we cover Apple's four new design wins covering a docking station and three iOS elements. Yet the big surprise this morning is for an all-new invention relating to user security while shopping online. This is the second such surprise within a year. The first one we covered discussed a new Anti-Big Brother surveillance system. This appears to be a part of a huge project at Apple that may be a part of a future iWallet application.

As we note at the bottom of this report, only about 1% of granted patents are attributed to new inventions. The exceptions usually point to Apple acquiring a patent and in this case it may very well fit that bill. Apple has been granted a patent today for an invention relating to a system and method for carrying out anonymous shopping and other on-line transactions over a network through the use of information broker services.

However, in order to complete an on-line transaction, users are typically required to submit personal, confidential, or otherwise private information over the network to the on-line merchant. Once submitted, the information may be intercepted or otherwise accessed by unintended or unauthorized persons. Obviously, this is an undesirable result. Thus, it is desirable to carry out on-line transactions without needlessly endangering private information.

One advantage of the invention is that it overcomes these and other drawbacks in existing devices. Another advantage is that the invention provides a system and method for enabling consumers to shop on-line without having to reveal personal information.

Another advantage is that the invention provides a system and method for using an information broker service to disguise a user's personal information and enable the user to accomplish on-line shopping in an anonymous fashion. 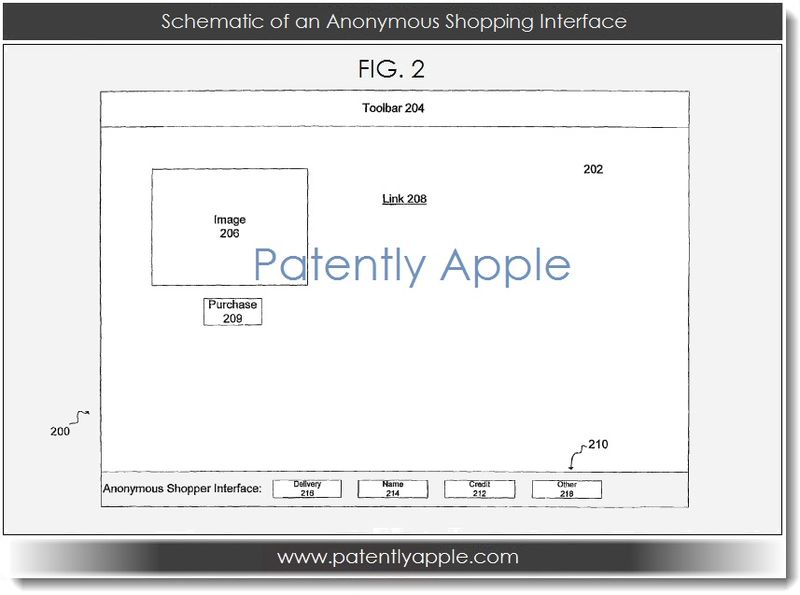 Apple's patent FIG. 2 is a schematic of an anonymous shopping interface.

This is Apple's second granted surprise patent regarding a method to assist users to remain anonymous while shopping. The first surprise came in June 2012. Our report covering that granted patent was titled "Apple Wins Surprising Anti-Big Brother Surveillance Patent." It would appear that Apple is working on a new consumer protection application for some time in the future.

Apple credits Kelly Sonderegger, Russell Young, John Robertson and Arn Perkins as the inventors of this granted patent which was filed for by Apple in Q2 2011 and published today by the US Patent and Trademark Office. The inventors don't appear to be Apple engineers. To review today's granted patent claims and details, see US Number 8,386,333. 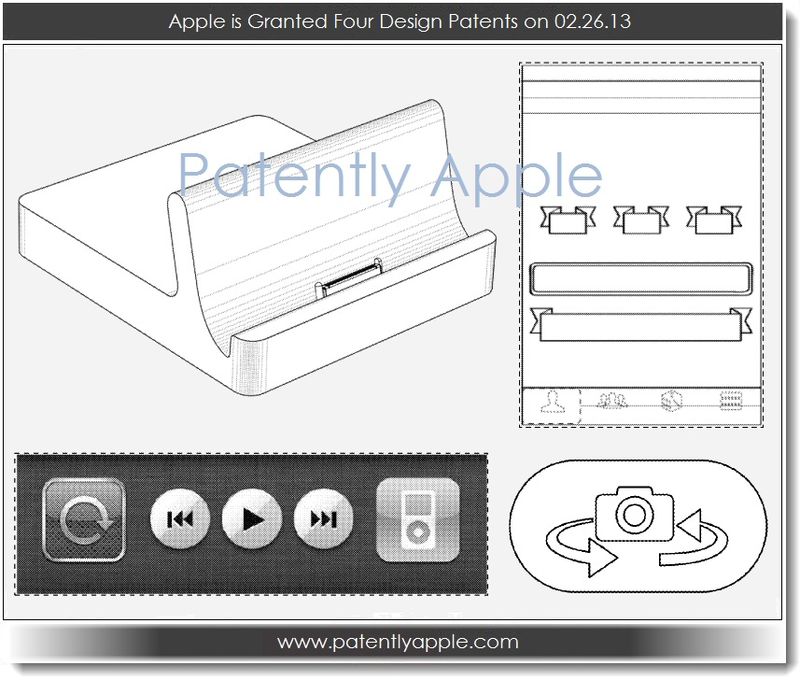