On February 21, 2013, the US Patent & Trademark Office published 16 original patent applications from Apple not including their continuation filings. While we covered a number of the higher profile patent applications this morning, our wrap-up patent report covers a few patents relating to camera technologies, magnet machining, communications and a dozen more. For those of you who love to know everything that Apple's engineers are working on, there's a treasure trove of links to the original patent filings for you to track down and check out. Good hunting.

In general, Apple's invention relates to rolling shutter reduction techniques for generating and applying image segment-specific perspective transforms to already-captured segments (i.e., portions) of images in a video sequence, so as to counter or compensate for unwanted distortions that occurred during the read out of the image sensor. Such distortions may be due to, for example, the use of CMOS sensors combined with the rapid movement of the image capture device. In contrast to the prior art, rolling shutter reduction techniques described in Apple's patent filing may be applied to captured images in real-time or near real-time using positional sensor information and without intensive image processing that would require an analysis of the content of the underlying image data. 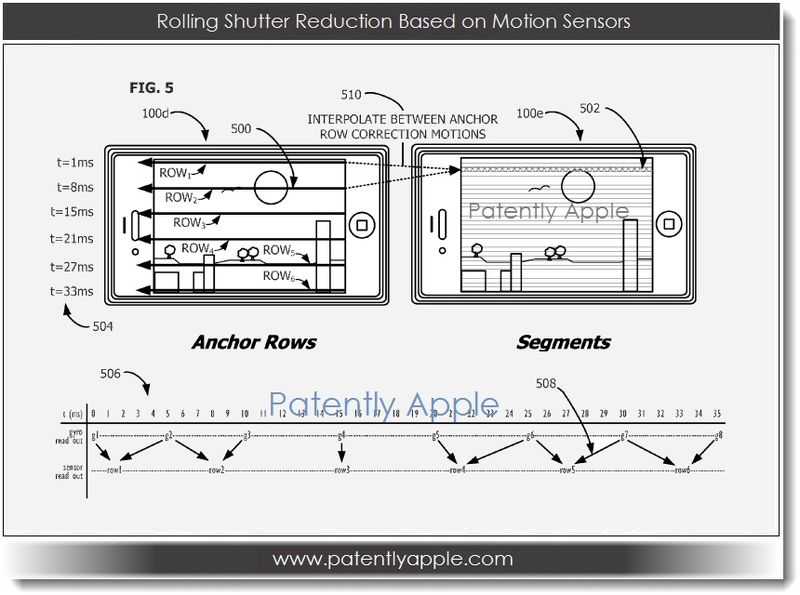 Apple's patent FIG. 5 shows exemplary anchor rows and segments on the display of an electronic image capture device and a timeline for the read out of single image frame, in accordance with one embodiment. See patent application 20130044241 for more details. Another camera related patent application surfaced today covering Motion-Based Video Stabilization. 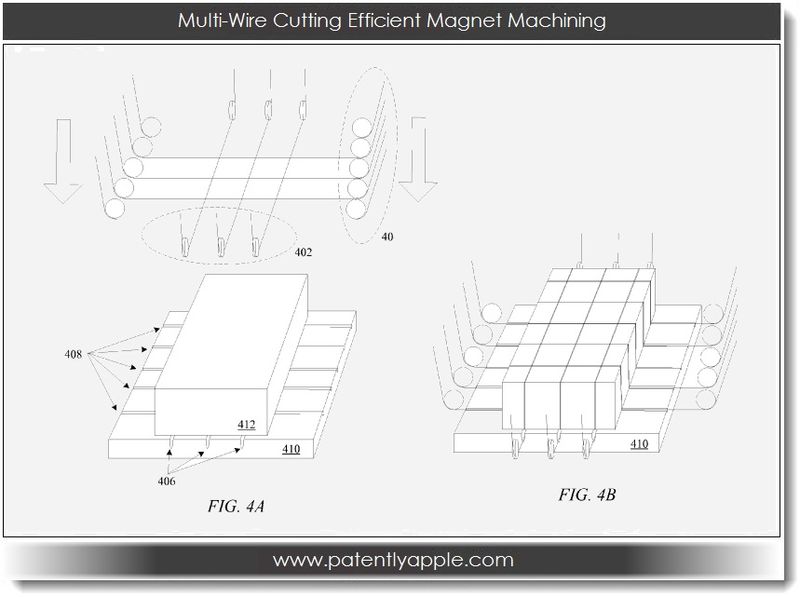 Apple never identifies what this is used for. We can only speculate that the magnets used in Apple' Smart Covers begin as a block of magnet material that is then sliced up to exacting measurements for the Smart Cover. To review Apple's invention, see patent application 20130043218. While we're on the topic of Apple's manufacturing processes, there was another invention that came to light covering anodization and plating surface treatments.

Links to other Apple Patent Applications that were Published Today

This patent relates to iTunes management that's already in the market. 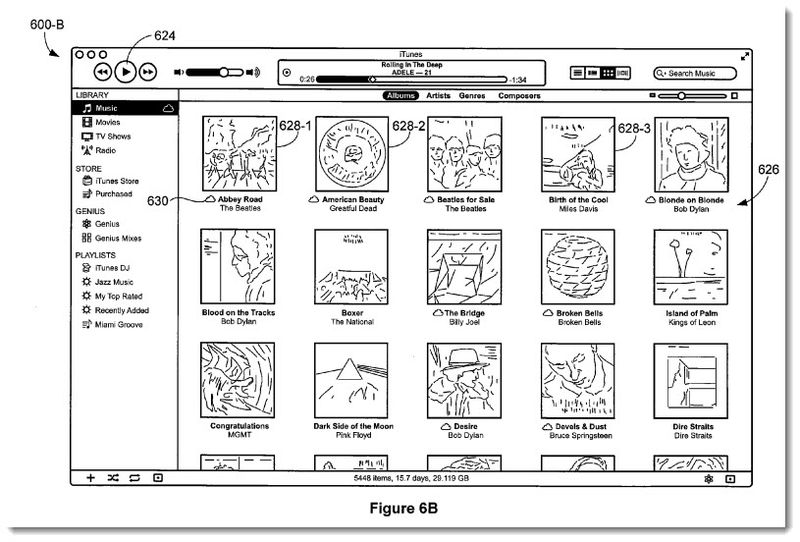 The patent, to some degree, relates to assistive-listening devices such as a hearing aid.