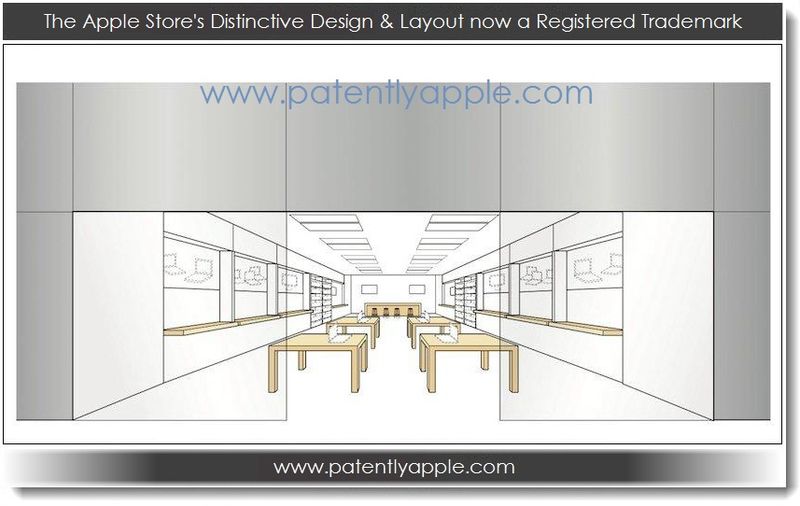 On January 24, 2013, the US Patent & Trademark Office published Apple's latest registered trademark certificate for Apple's "Distinctive Design & Layout." Apple was granted two designs officially on Tuesday covering their design in both color and black and white. This particular design is that of your typical mall centric Apple Store layout. Apple had originally filed for these trademarks in May 2010. The Apple Store's design was a noted passion in the biography of Steve Jobs by Walter Issacson. In fact all of chapter twenty-nine is dedicated to the history of the new Apple Stores. The late Steve Jobs once stated that "Unless we could find a way to get our message to customers at the store, we were screwed." When it comes to shopping for a new computer or mobile device today, the Apple Store experience has no equal in the industry. 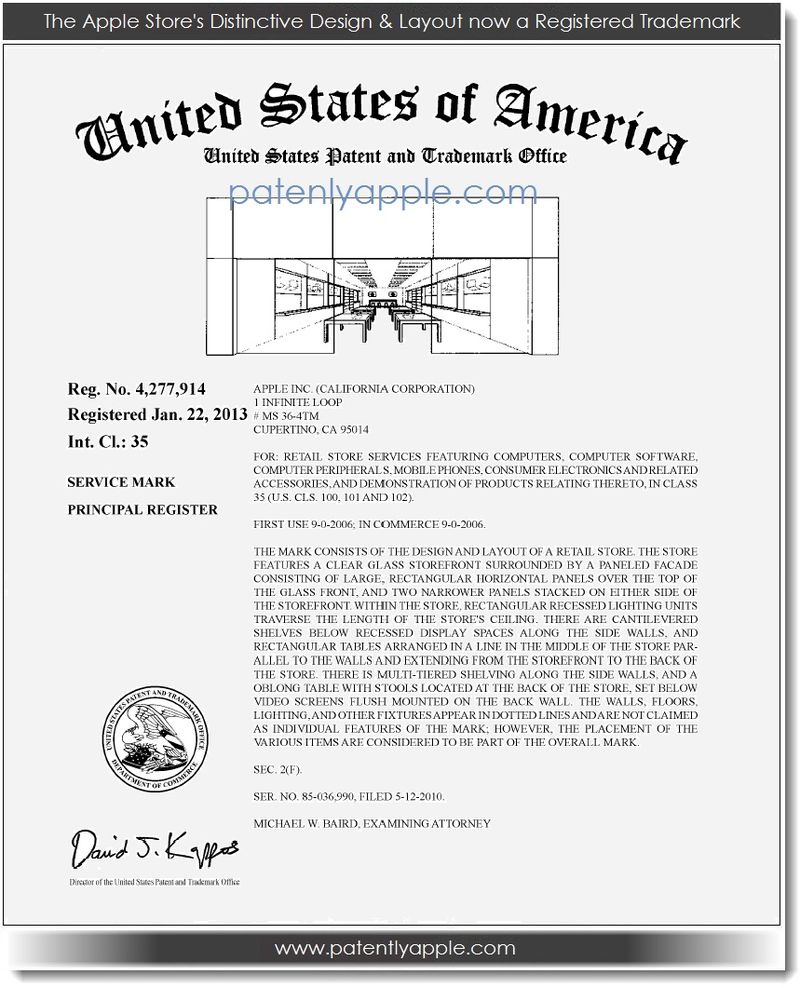 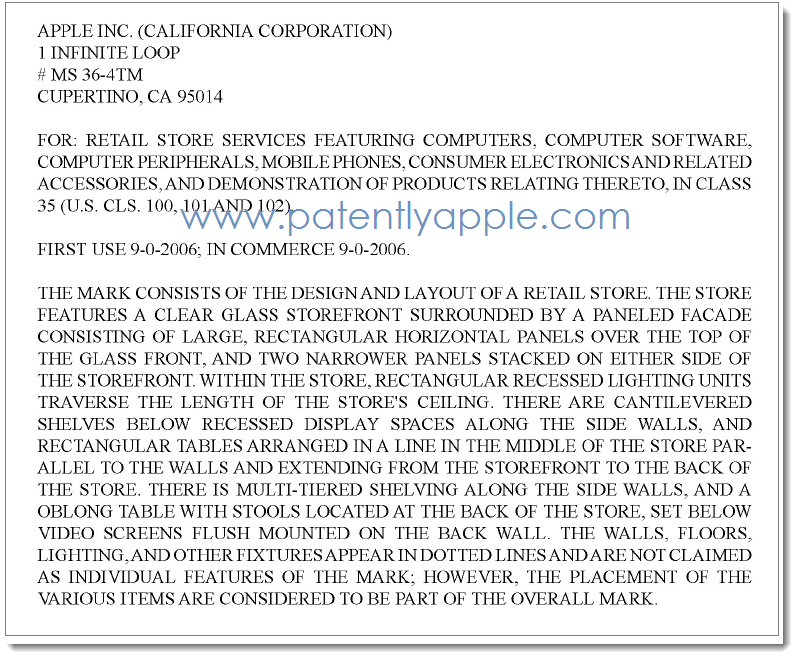 The store looks like a village school in Finland, but with no chairs. Thank you, (IKEA)

Apple will keep this layout. They spent a solid 5 years in figuring it out.

Good eye on this one. I've been watching this application for some time, and have lectured on it and the differences between it and the Microsoft store's layouts. One wonders what the useful life of this registration will be - will Apple re-design their stores as frequently as their phones?