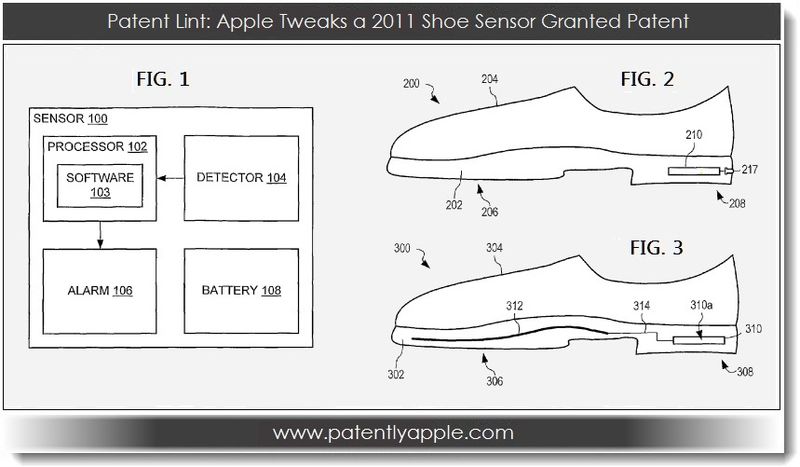 The US Patent office published a number of Apple's patent applications today and we covered two of the more interesting ones earlier this morning which covered future Smart Camera features and a patent that Apple acquired from Priceline.com. Yet there were a number of other patent applications that were published today and in this report we provide you with the links to each of them just in case there's something that may be of interest to you. The most notable patent application within this group is one relating to a shoe sensor. If truth be told, Apple was granted this patent way back in 2011. Apple may be slightly tweaking their patent, but it's definitely not new as some would have you believe. Apple's shoe sensor invention relates to a sporting shoe wear-out system that Apple has yet to bring to market that would warn athletes when their running shoe, ski boot and/or soccer cleats were no longer properly supporting their foot so as to avoid injury. The remainder of today's Patent Lint report covers such matters as security, virtual GPUs, telecommunications and much more.

The Mac Community is large and diverse. Subjects that don't necessarily interest us may very well interest you depending on your profession or what your hobbies may be. The patents that we haven't focused on today may enlighten someone interested in the following inventions: