According to BrightWire, a business-to-business resource for portfolio managers, a web portal run by Shanghai Securities News is reporting that China's Minister of Industry and Information Technology Miao Wei met with Apple's CEO Tim Cook Yesterday to exchange ideas on the development of China's information and communications industry. The meeting also covered the development and innovation trend of the global mobile communications industry and smart devices in addition to Apple's expansion in China. This was Cook's second visit to China in ten months, during which Apple's sales in the country have more than doubled.

The article's note on Apple's expansion in China is an interesting one considering its timing is in concert with yesterday's rumor that Apple would be adding a lower priced iPhone to meet the demands in emerging markets in the not-too-distant future.

In a second report published this morning by Korea's Kbench, we read something that on the surface appears to be a seemingly disconnected news report about Broadcom licensing ARM's ARMv7 and ARMv8 architectures.

What could make this report relevant to those in Apple's universe today is that Bloomberg reported back in 2011 that Broadcom was the largest link between Apple and Taiwan Semiconductor. Bloomberg's supply chain analyst Richard Davenport added that "Broadcom appears to be a likely candidate for Taiwan Semiconductor's rush orders."

Considering that we just reported last week that Apple has already requested Taiwan Semiconductor Manufacturing Company (TSMC) to produce 28-nanometer (nm) A6X processors – you have to wonder if Apple is looking to Broadcom to become an overflow supplier or a secondary supplier in the event Taiwan Semi can't meet their future demands for ARM processors. And when you think of Apple entering the emerging markets in 2014 or beyond with a cheaper iPhone, you realize that Apple's going to need to find a reliable secondary supply partner for ARM processors to meet a likely spike in production.

So the news of Broadcom licensing the ARM architecture this morning is an interesting development that might very well be related to Apple in the bigger picture. That's today's food for thought. 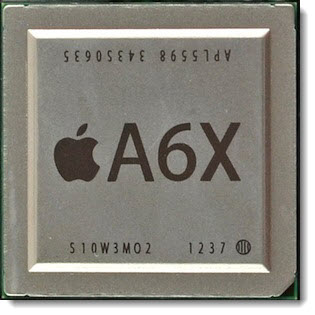