Late yesterday, the European Trademarks and Design Office published Apple's second trademark application for "EarPods" under application 0011472008. Apple's original trademark filing for EarPods was made in Europe in September shortly after the debut of the iPhone 5. What's unique about Apple's second filing is that they add an International Class just for gaming. Did Apple's legal team simply miss this particular class in September or is Apple updating their trademark in preparation for something new relating to gaming later this year? Time will tell. 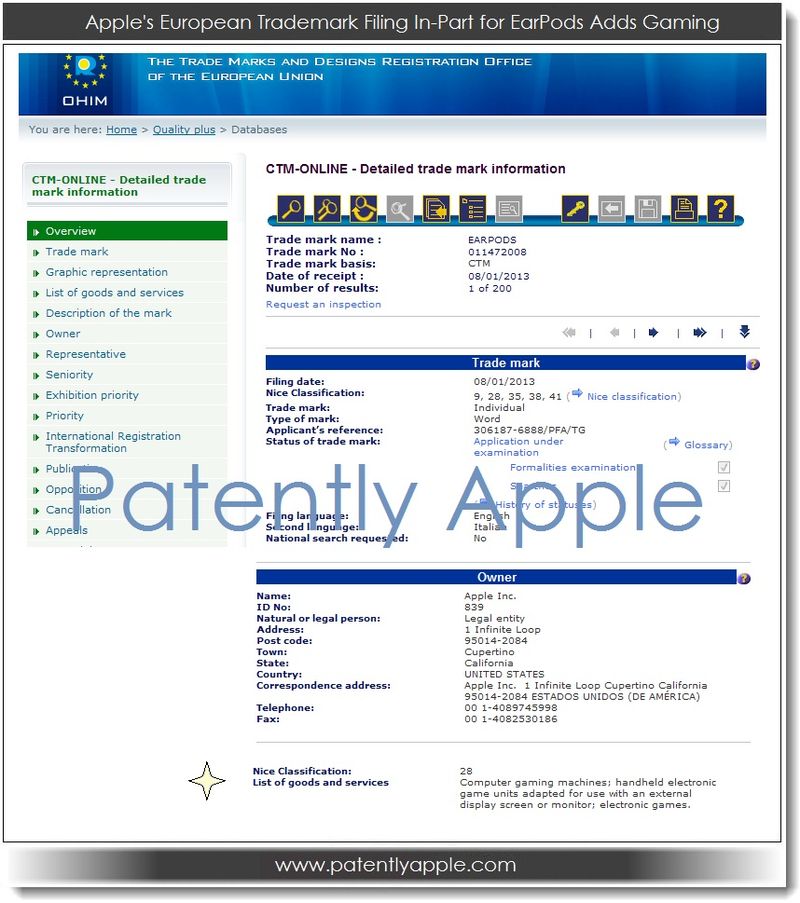 As noted in our graphic above, Apple has filed a secondary EarPods trademark application in Europe to add one new International Classification relating to gaming. Specifically, Apple's exact verbiage relating to International Class 28 reads as follows: "Computer gaming machines, handheld electronic game units adapted for use with an external display screen or monitor; electronic games."