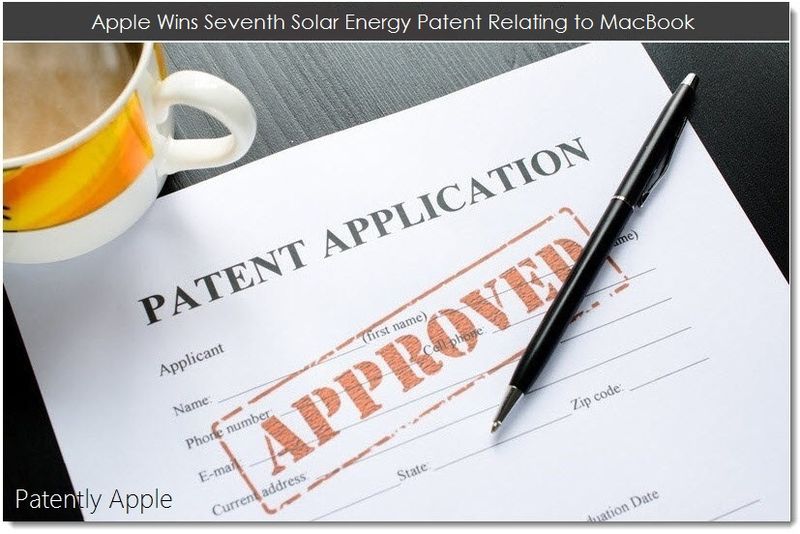 The US Patent and Trademark Office officially published a series of thirty-seven newly granted patents for Apple Inc. today. One of the more notables published today relates to a method for harnessing external sunlight to illuminate a MacBook's display. This is Apple's seventh solar related patent in the last two years.

Apple has received a Granted Patent relating to apparatus and methods for harnessing external light to illuminate a display screen of an electronic device, most notably a MacBook.

Apple's granted patent, which Patently Apple originally covered in March 2010, focuses on a light harness that could either be an accessory that magnetically attaches to the backside of a future MacBook or simply engineered right into the MacBook using a translucent component. The idea is simple enough in that with this harness, you'll be able to draw power from the sun and cut down on draining your battery. Apple is also considering using solar cells. This isn't a design patent, so don't get caught up in how it's illustrated. 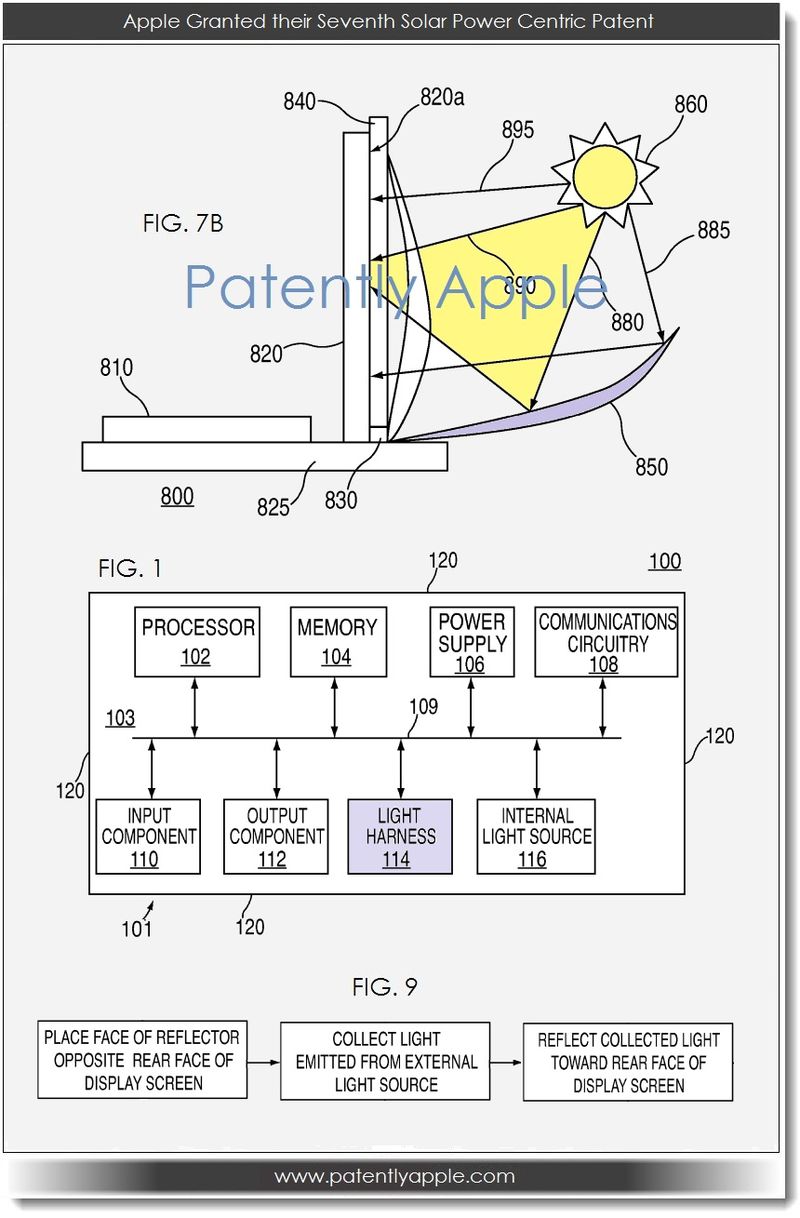 There are better ways of doing this type of thing. They'll see...