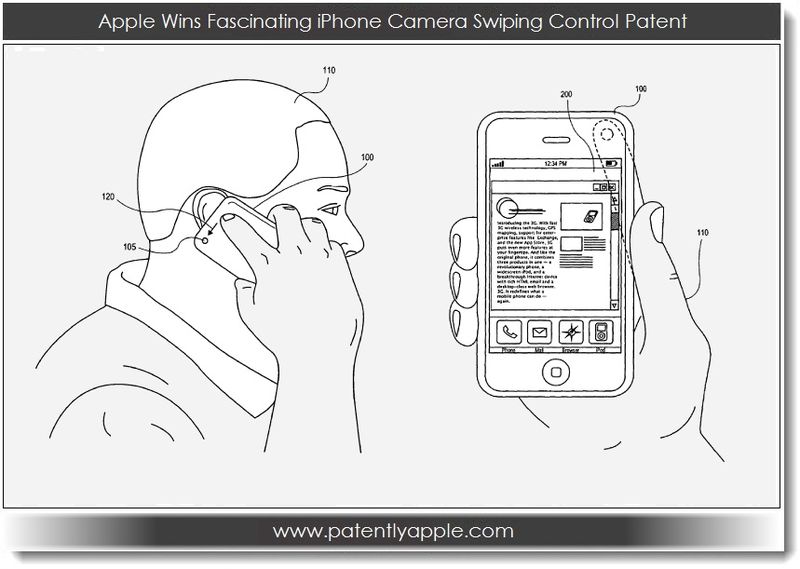 The US Patent and Trademark Office officially published a series of 37 newly granted patents for Apple Inc. today. One of today's more interesting granted patents presents a future iPhone that will be able to use its backside camera as a unique input interface allowing users to simply use swiping gestures over the camera's lens to control certain iPhone functionality. Our report also presents you with a list of 25 other patents granted to Apple today.

Apple Granted Patent for Camera as an Input UI

Today's granted patent, which Patently Apple first covered in February 2010, reveals another Apple innovation that is designed to help users control their incoming calls and voicemail by simply swiping their finger over the external camera lens. This future feature will be able to control rewinding and fast forwarding voicemail.

In addition, the new methodology will also be able to enhance one-handed navigation of web pages, documents, a contact list or your iTunes library by simply swiping the camera lens in different swiping motion combinations.

In the future, the iPad may be able to take advantage of this feature as well if the camera is positioned correctly. This would theoretically allow a user to simply flick a finger over the camera lens to turn the page of a book or scroll a webpage without ever having to move your hand. This is an excellent idea on several fronts that will have Apple's competition on the run, again. That's if they get it to market first. 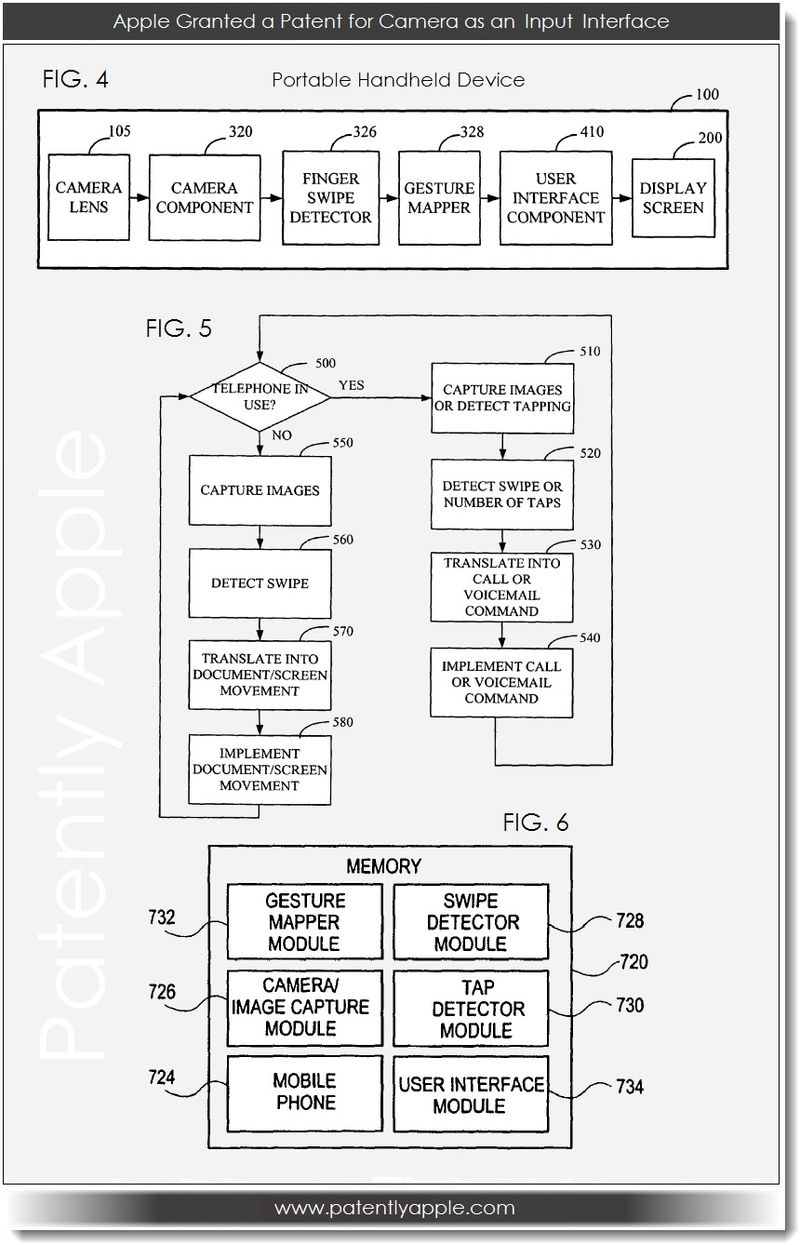 Apple credits Sequin, Gregg and Lee as the inventors of today's granted patent titled "Camera as Input Interface," which was originally filed for 53 months ago in August 2008. 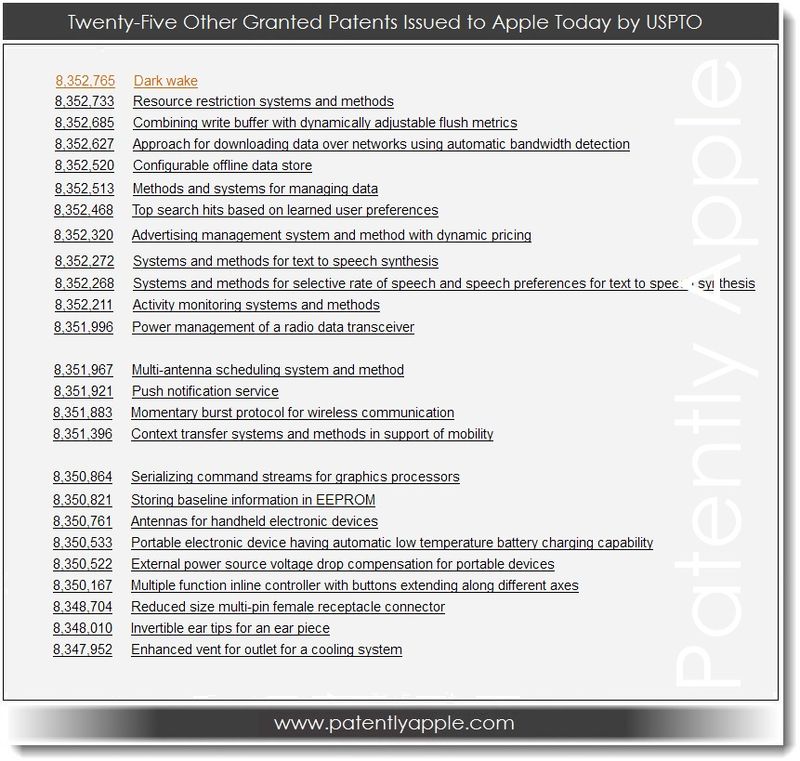