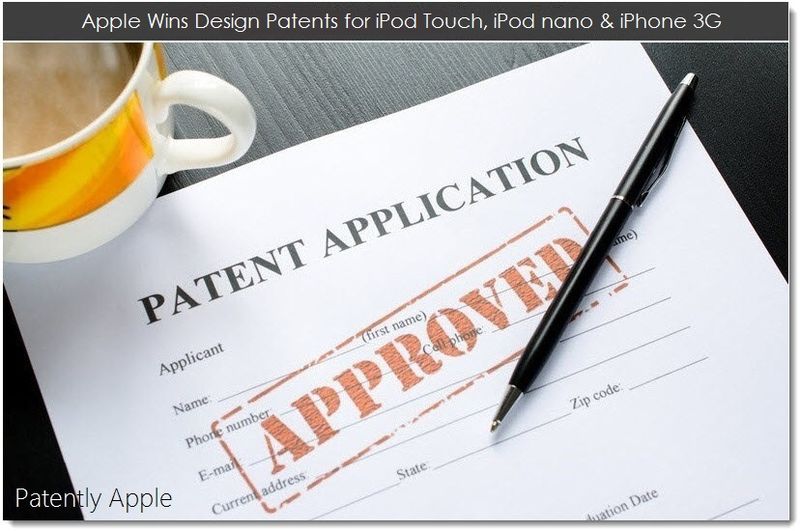 On January 8, 2013, the US Patent & Trademark Office published five of Apple's latest design patent wins covering the iPod touch, iPod nano, iPhone 3G and a graphical icon illustrating a book that is Cerlox bound. The late CEO Steve Jobs is credited as an inventor/designer on three of today's noted designs. 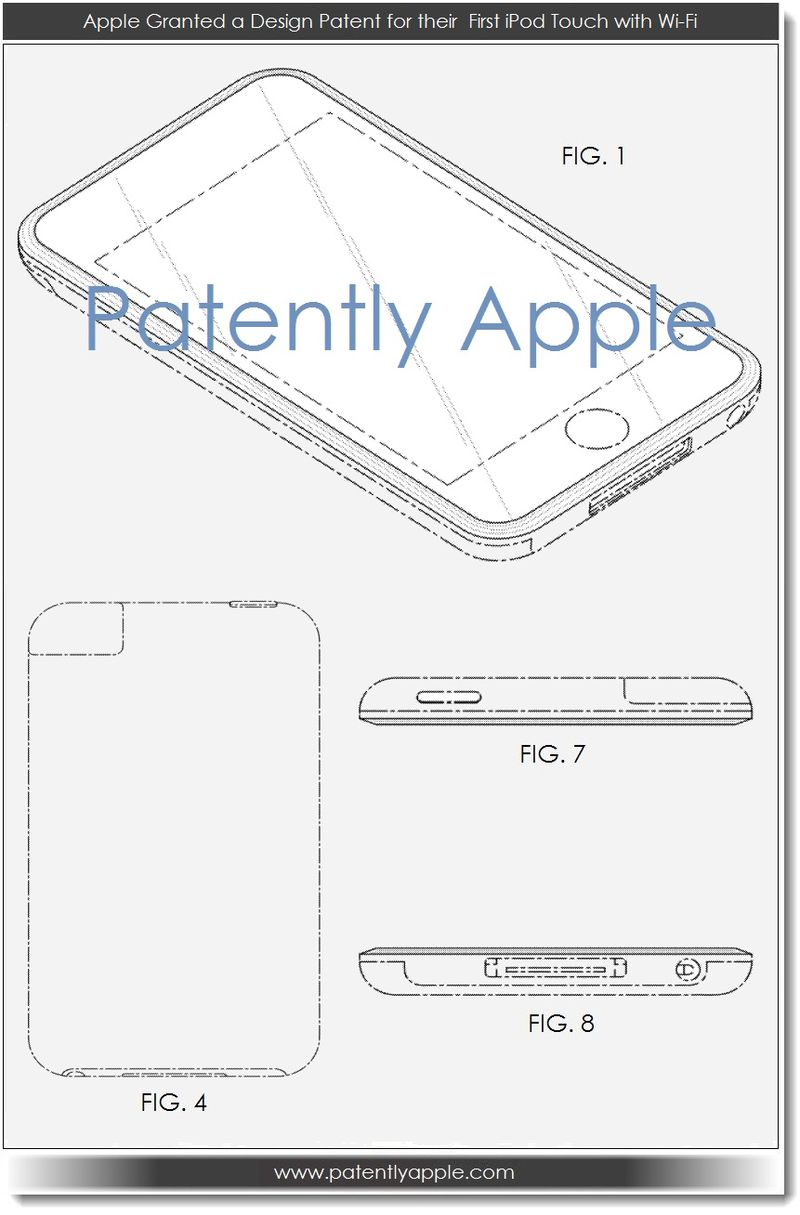 Apple first introduced their original iPod touch in September 2007. That iPod touch featured a 3.5-inch (diagonal) widescreen multi-touch display and 8 GB, 16 GB, or 32 GB flash drive. It allowed users to browse the web with Safari and watch YouTube videos on their first-ever iPod with Wi-Fi. Users were able to also search, preview, and buy songs from the iTunes Wi-Fi Music Store on the iPod touch.

Apple Granted a Design Patent for the iPhone 3G 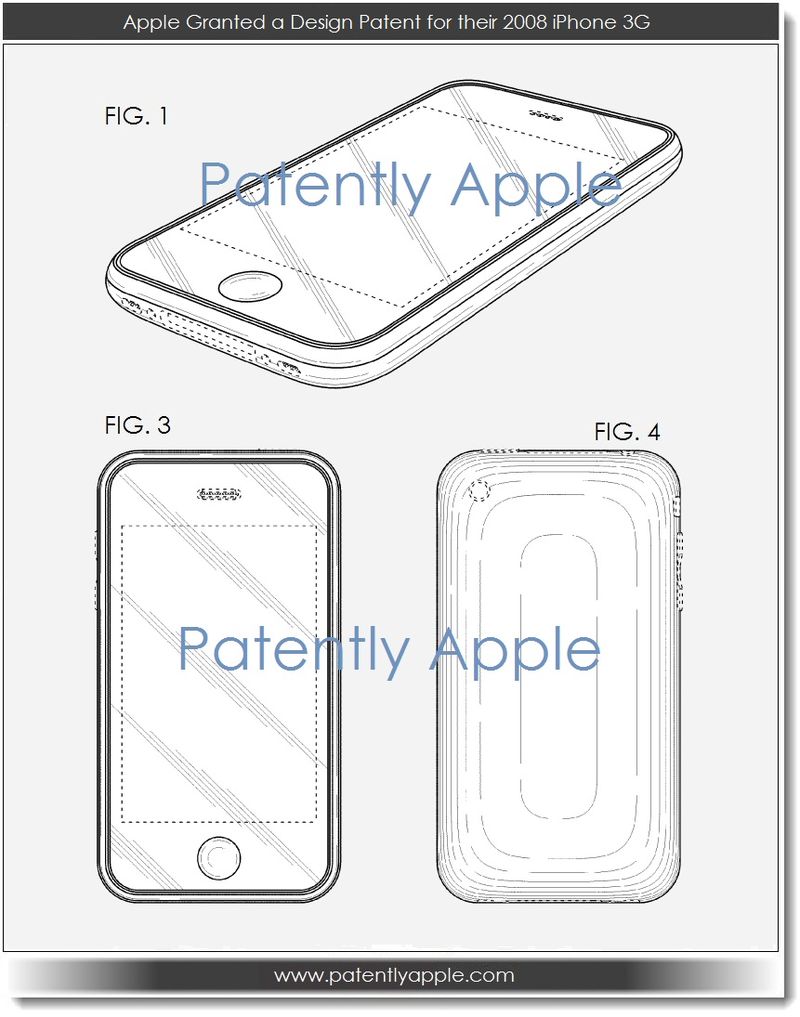 Apple has been granted a design patent for their sixth generation iPod nano which originally debuted in September 2010. 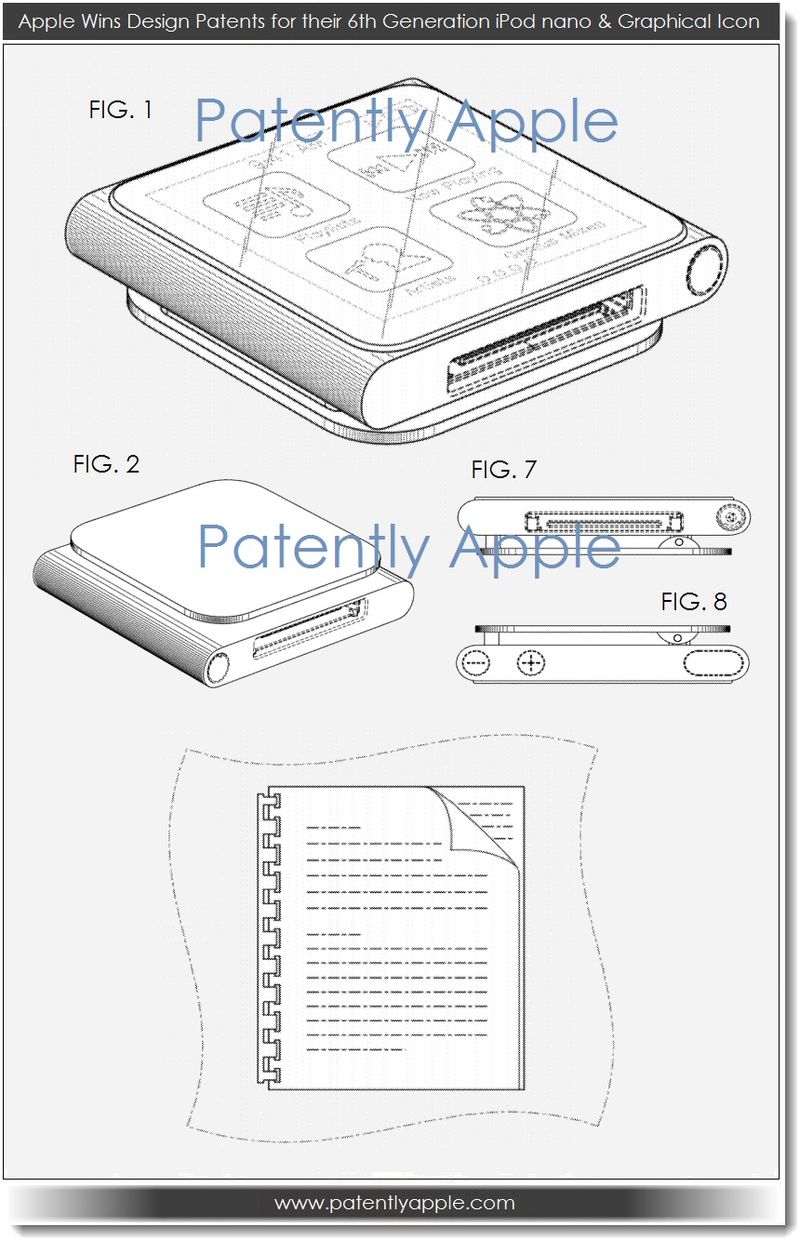 This was the first iPod nano that dropped the iPod's iconic clickwheel and provided users with a multi-touch display. The nano also provided new features like FM radio, and a pedometer. The 1.2 OS update added built-in accelerometer support which worked with Apple's "Nike + iPod" program without the need to attach a Nike receiver or shoe sensor.

Apple was also granted a patent for the design of a graphical icon under number D673,974. Apple credits Raymond Sepulveda as the designer. I'm unfamiliar with this particular icon. If someone knows what this is icon represents please contact me and I'll update this report. Thanks.