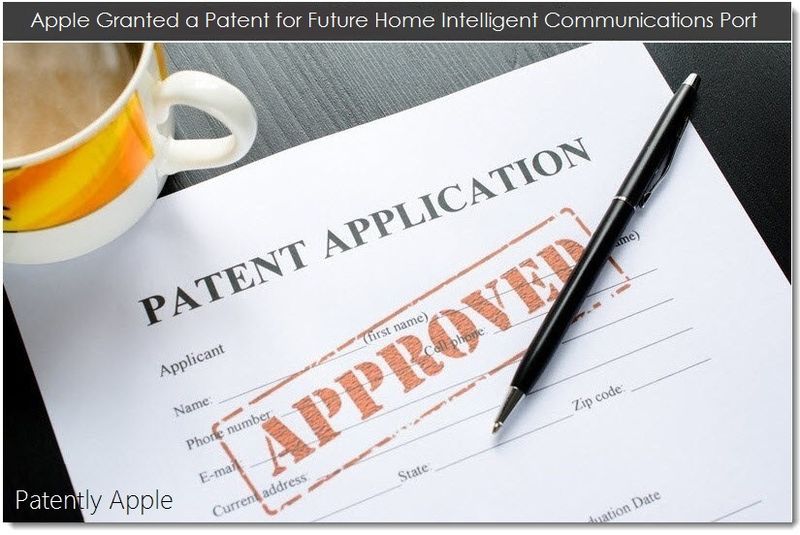 Apple received a Granted Patent yesterday relating to a method and system that would more efficiently deliver power throughout a home via an intelligent power-enabled communications port. In 2009 Apple's Anthony Fadell envisioned that Apple's intelligent power-enabled communications port could be a standard built into future homes. That's very interesting considering that Fadell left Apple to go on to create Nest, a company that has developed a next generation thermostat for the home.

One of the aspects of Apple's invention covers power-enabled data ports that could "be built into premises wiring of buildings to provide power in addition to, or in place of, conventional alternating-current mains power receptacles," states Fadell. The inclusion of such built-in ports in premises wiring would allow the powering of direct-current devices without the use of bulky AC-DC adapters as are now required, each of which may be unique to the device being powered. However, because different devices would still have different power requirements, such a built-in power-enabled port may still use the present invention to negotiate with any device plugged into it to determine how much power to deliver. Such a built-in power-enabled port may be used only for power delivery, or may be used for data purposes as well, such as local-area networking within the premises and/or delivery of an Internet connection. 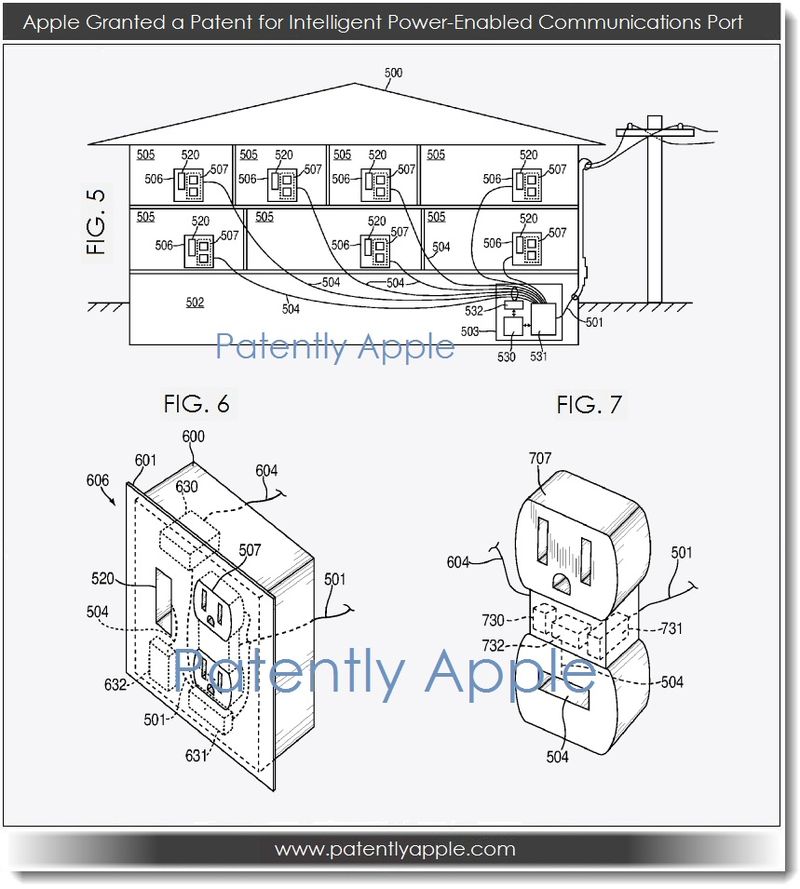 To review more of Apple's in-depth details of this invention and the 25 accompanying patent claims, see granted patent 8,344,874.