The US Patent and Trademark Office officially published a series of four newly granted design patents for Apple Inc. today. The design cover such designs as the iPod touch, the MacBook Air's reinstall drive and more. Design patents will be carrying more clout later this year as we pointed out in a report last week covering the new US Patent Law Treaties Implantation Act of 2012. 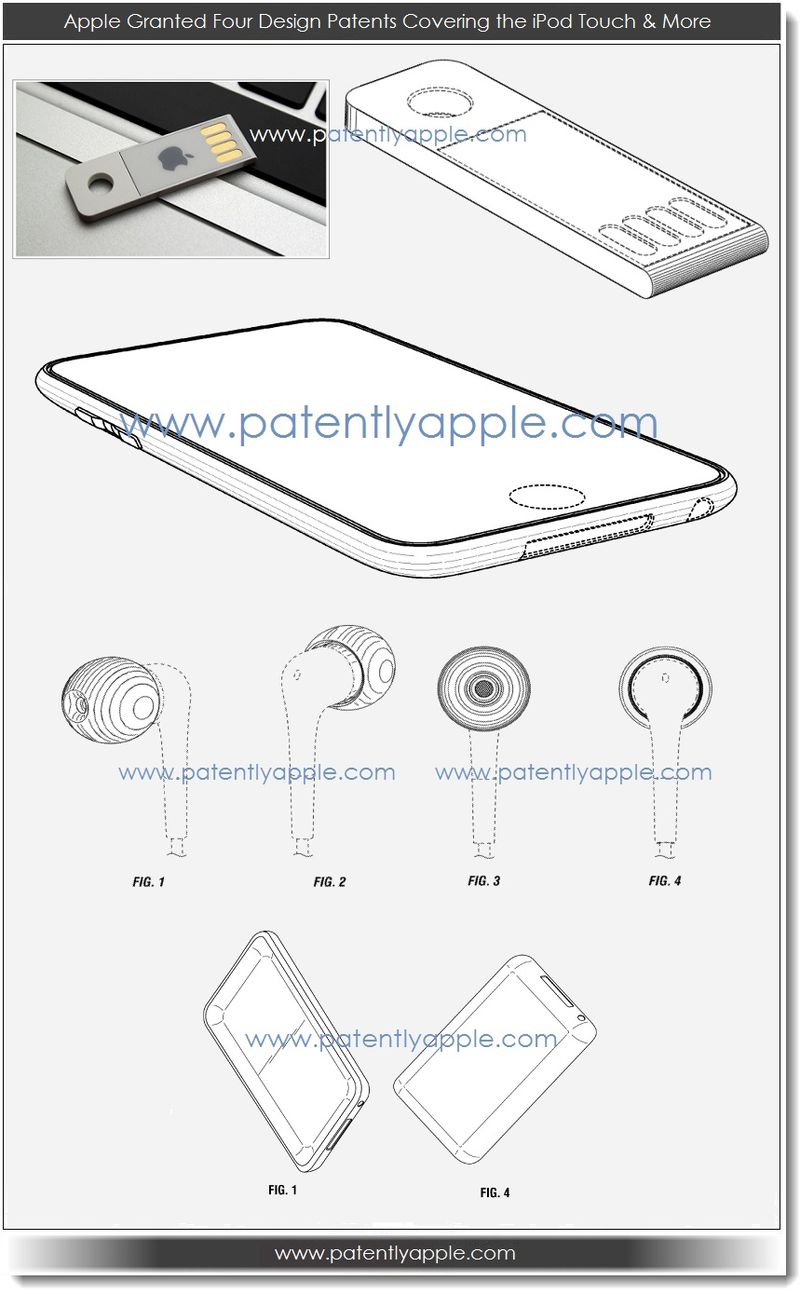