Apple Continues to Work on Smart Cameras for Future iDevices 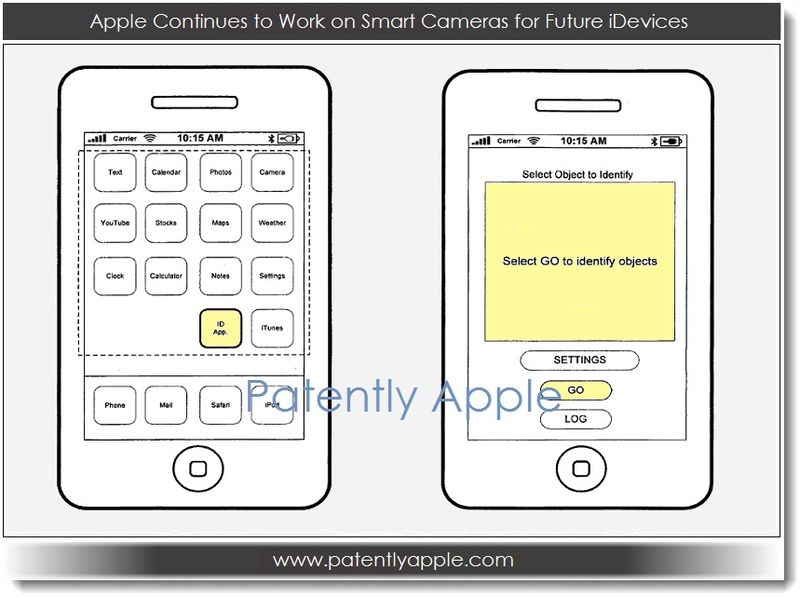 On January 24, 2013, the US Patent & Trademark Office published a patent application from Apple that reveals a possible next chapter for Apple's iDevice cameras. In 2011 we posted a controversial patent report titled "Apple working on a Sophisticated Infrared System for iOS Cameras." The report covered how future iDevices could be used as an auto tour guide in a museum and how infrared technology would be able to shut off a future iDevice camera at live events. Today's patent is in that same vein as it focuses on how future iDevice cameras will be able to identify objects such as a painting at a museum or a car at an auto show and provide users with detailed information about these items that could be saved for future reference in multimedia album for later review. Both of Apple's patent applications covering this subject matter would indicate that this is serious camera-related project at Apple.

Today's Cameras Can't Identify Objects, but they Will in the Future

As still another example, the user can download podcasts about different art exhibits on a portable electronic device. However, the information provided by the podcasts is still fixed because the user can't immediately request for additional information located elsewhere.

In addition, a log will be provided to the user, which includes a history of previously identified objects. In some embodiments, the user will be able to customize the log to display information in various ways. For example, the user may be able to create a multi-media album based on objects that were identified in a particular mode. A self-guided museum tour can be created from the multi-media album that provides the right amount of information for the user. 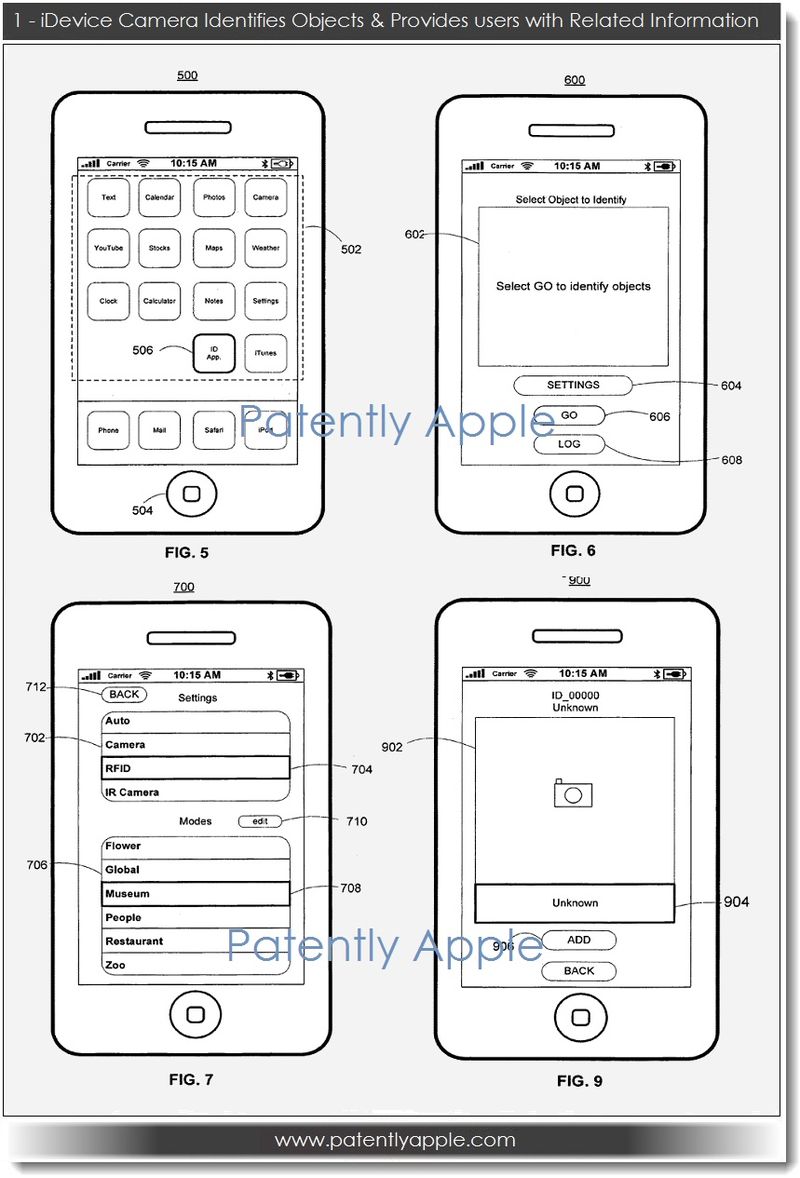 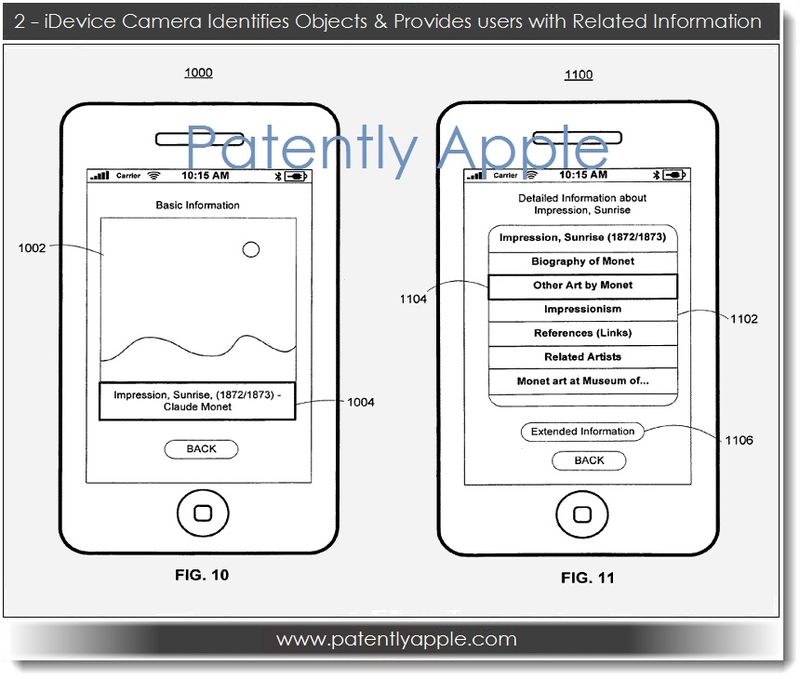 Apple's invention may apply to future iterations of the iPhone, iPad, iPod, remote controller or new devices such as a game player and more.

Apple credits Michael Rosenblatt as the sole inventor of patent application 20130024793 which was filed in Q3 2012 and relates to an earlier filed provisional application.

It should be noted that the US Patent and Trademark Office did in fact publish a series of older continuation patents today dating back to between 20xx and 20xx. The continuation patents listed below are specifically referenced as such under the section titled "Cross-Reference to Related Applications." Generally speaking, this type of patent application contains modifications that Apple's legal team have made to the original patent claims in an effort to have the US Patent Office finally approve their invention. In general continuation patents don't represent any new developments from the original patent filing.

2. System and Method for Application-Integrated Information Card Selection. Patent 20130024908 is an old patent going back as far as 2008 and contains data from dozens of older patents that Apple openly lists under "related application data."