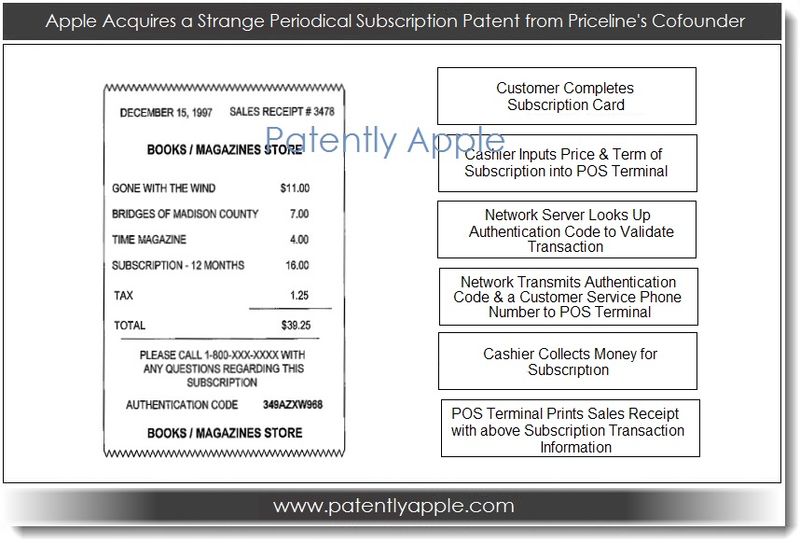 On January 24, 2013, the US Patent & Trademark Office published a strange patent application from Apple that was apparently acquired from Priceline's Cofounder Jay S. Walker. Today's patent application 20130024281 titled "Method and Apparatus for Selling Subscriptions to Periodicals in a Retail Environment," is in fact a patent that was first granted to Walker Asset Management Limited Partnership back in 1999. Priceline's Cofounder Jay S. Walker is from Ridgefield, CT, which is confirmed on Apple's patent application. It's also on record that Walker sued Apple back in 2011 and it's very likely that Apple's settlement with Walker may have included Apple gaining today's patent application. The world has changed since 1999 and Apple is selling subscriptions to magazines via iBookstore now. Yet today's acquired patent may have bought Apple a little more Intellectual Property security.

Looks like Apple is going after Amazon and its stranglehold on the magazine volume subscription market.