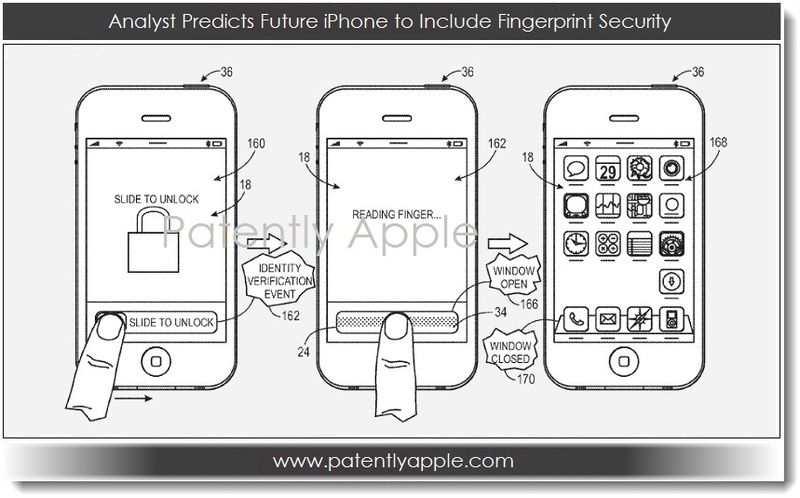 AppleInsider reports this morning that analyst Ming-Chi Kuo of KGI Securities expects Apple's acquisition of AuthenTec to pay off this year with the so-called "iPhone 5S," the company's anticipated next-generation handset. He believes Apple will find a way to integrate the fingerprint sensor into the home button, allowing Apple to keep its "minimalist design." Apple filed for a unique fingerprint patent covering biometric security back in October but has been working on this feature since early 2009.

Apple's newly proposed unlock screen feature would utilize higher integrated biometric security features that could also be used to secure e-Commerce transactions. Apple's patent describes the fingerprint technology as being integrated into the slide-to-unlock mechanism and not the home button as alluded to by the KGI Securities analyst. Apple's patent pending biometric approach appears to present a superior solution.