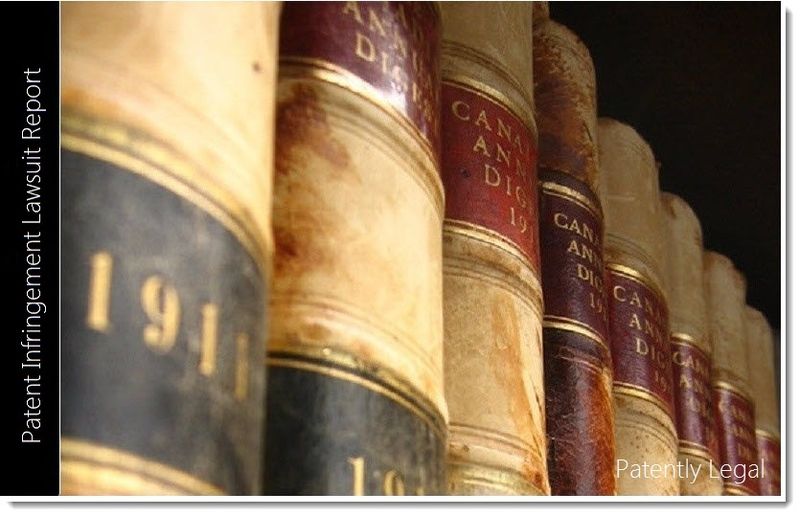 Wi-LAN Inc. USA and Wi-LAN Inc. have filed two separate patent infringement lawsuits against Apple in Florida and Texas Courts. Wi-LAN is the first company to be suing Apple over the iPhone 5 and iPad 3 that are specifically noted as using the 3GPP LTE standard.

Plaintiff Wi-LAN Inc. has filled an Original Complaint for patent infringement against Defendant Apple Inc. ("Apple") for infringement of U.S. Patent No. 6,381,211 (the "'211Patent") 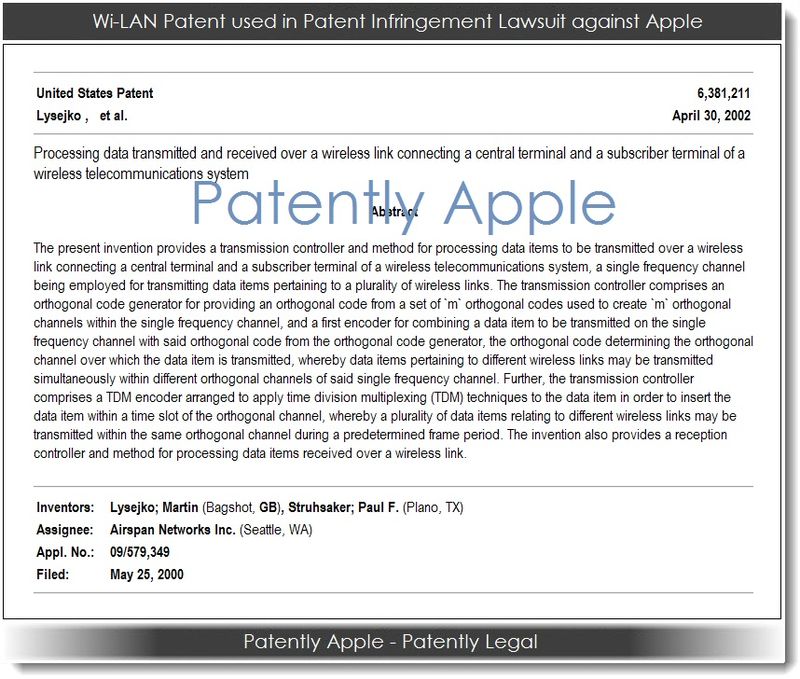 The complaint states that upon information and belief, Apple makes, uses, offers for sale, imports, and/or sells products compliant with the 3GPP standard, including but not limited to the iPhone 4S, iPhone 5, and iPad (third Generation). The accused Apple products support at least Release5, et seq. of the 3GPP standard.

Upon information and belief, the accused Apple products use orthogonal codes to transmit and/or receive a plurality of data items over a plurality of wireless links in a single frequency channel.

Upon information and belief, Apple has been and is now infringing, directly and indirectly by way of inducement and/or contributory infringement, literally and/or under the doctrine of equivalents, the '211 Patent in this District and elsewhere by making, using, offering for sale, importing, and/or selling, without authority from Wi-LAN, products compliant with the3GPP standard, including but not limited to the iPhone 4S, iPhone 5, and iPad (third Generation), that fall within the scope of one or more of the claims of the '211 Patent.

Apple has had actual notice of the '211 Patent and of its infringement of the Patent-in-Suit since at least November 25, 2011.

The complaint concluded that "Apple's direct and indirect infringement of the '211 Patent has been willful and deliberate, making this an exceptional case and justifying enhanced damages."

This case was filed in the Texas Eastern District Court in Tyler. The presiding Judge in this case is noted as being Judge Leonard Davis

In a second patent infringement lawsuit filed against Apple in Florida on the same day, Wi-LAN Inc. USA and Wi-LAN Inc. charged Apple with two counts of infringement citing patents 8,315,640 and 8,311,040.

The products that are allegedly infringing upon Wi-LAN patents include the iPhone 5 and iPad 3 which are noted specifically as using the 3GPP LTE standard.

The case was filed in the Florida Southern District Court, Miami Dade. The presiding Judge in this case is noted as being Judge Marcia G. Cooke.

The following pertains to the second patent infringement lawsuit filed against Apple: