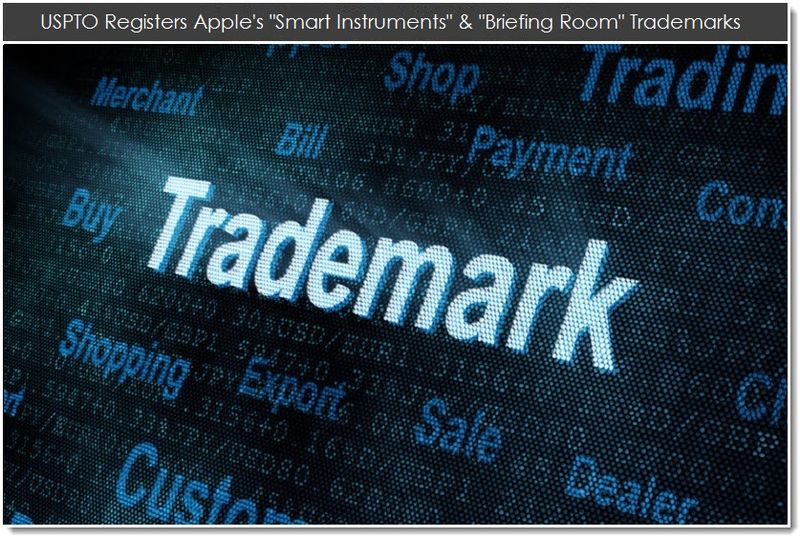 On December 12, 2012, the US Patent & Trademark Office officially granted Apple three Registered Trademarks. The first was for Apple's classic Mac startup chime which we covered in an earlier report this morning. The other two registered trademarks issued today cover Apple's business oriented "Briefing Room" and "Smart Instruments" which is part of the iOS version of GarageBand. 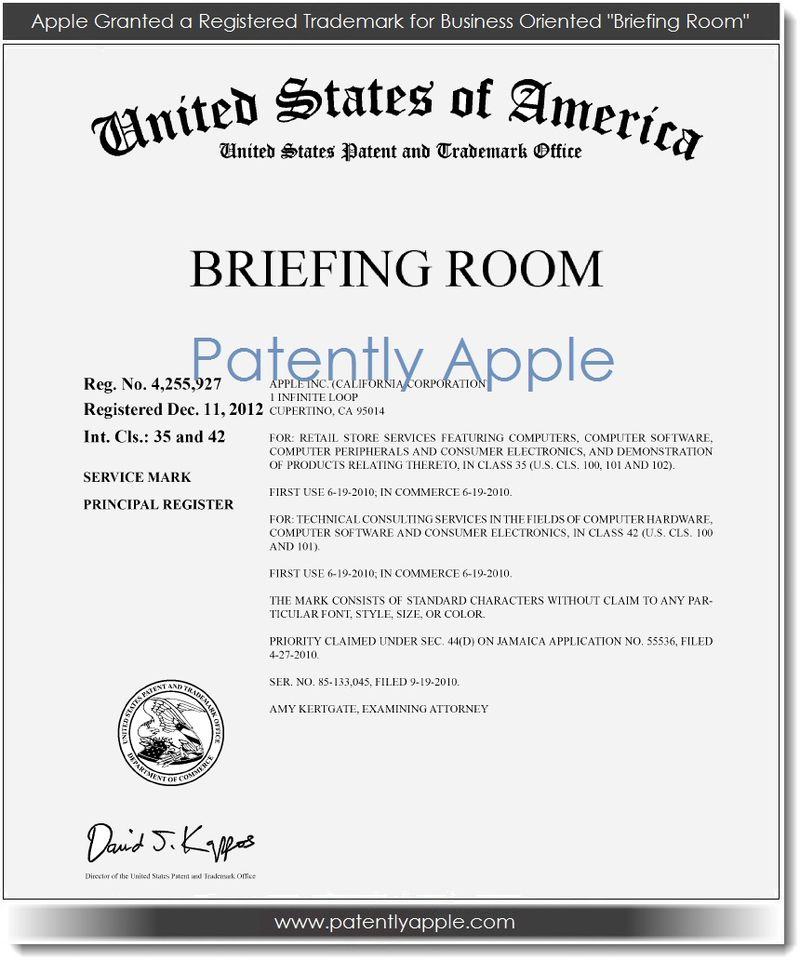 Apple's newly granted registered trademark for "Briefing Room" was originally filed in September 2010. The trademark was filed under International Class 42 which Apple covered for computer hardware, software and consumer electronics.

Apple's Briefing Room service is one of many services specifically aimed at the enterprise market and available at most of Apple's larger retail stores around the world. 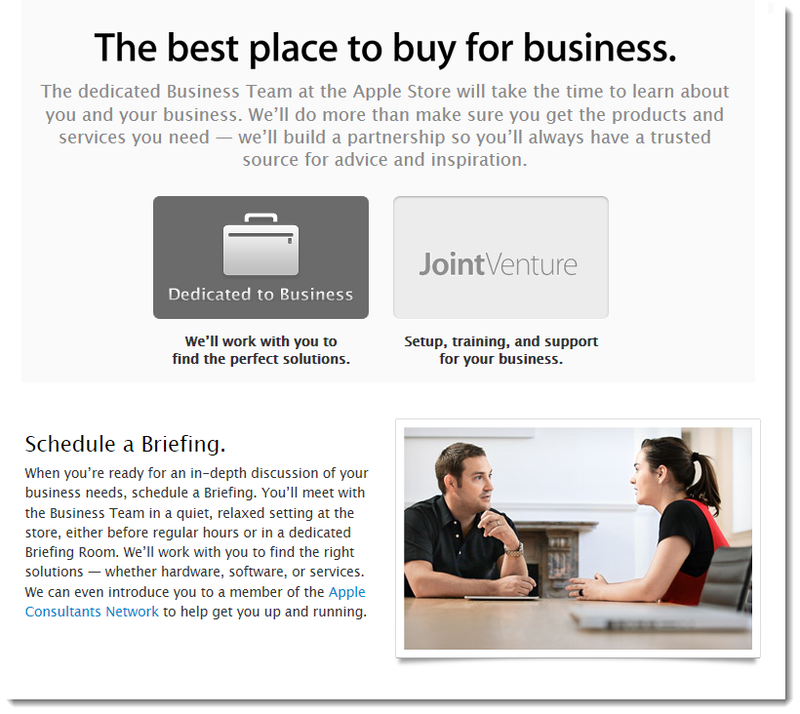 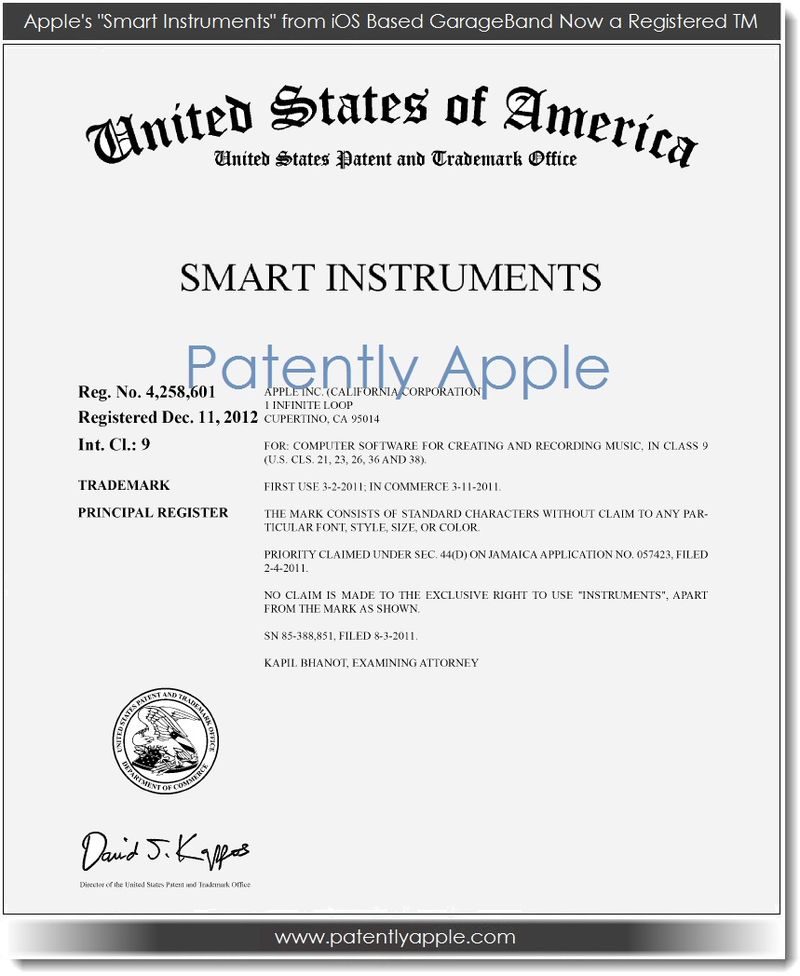 Apple's newly granted registered trademark for "Smart Instruments" was originally filed in the US and Canada between March and August 2011. The trademark was filed under International Class 009 which Apple covered for computer software for creating and recording music. 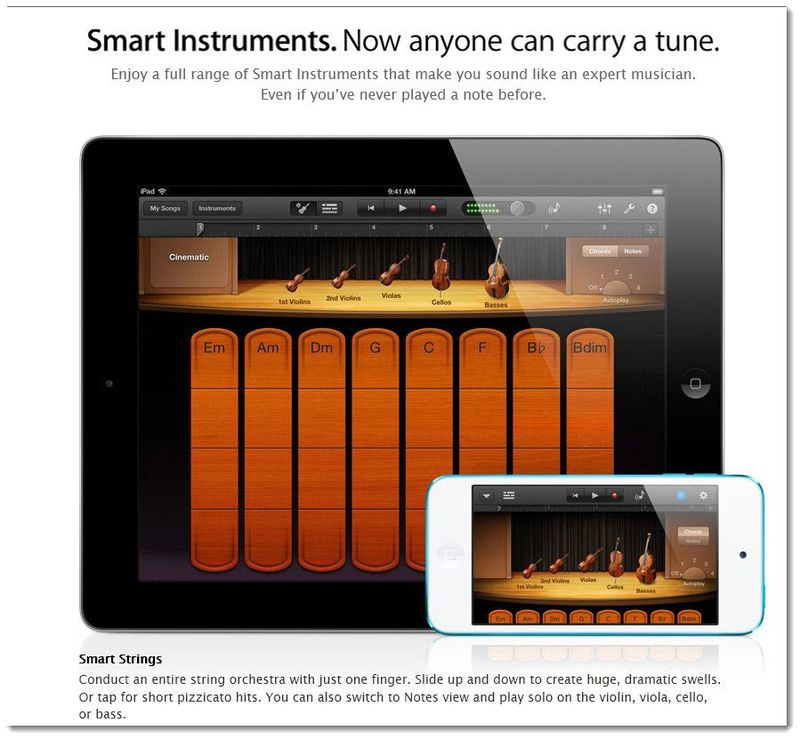 The graphic above is a screenshot from Apple's website regarding GarageBand for iOS.

Apple's "Smart Instruments" is a multitouch based application available for Apple's full range of iDevices. Consumers that are able to play an instrument are now able to play their favorite tunes by touching onscreen strings of a guitar, a guitar bass, touch the keys of a piano or even bang on a set of onscreen drums. And if you're not a musician, you can still have a lot of fun just fooling around with this great little app.