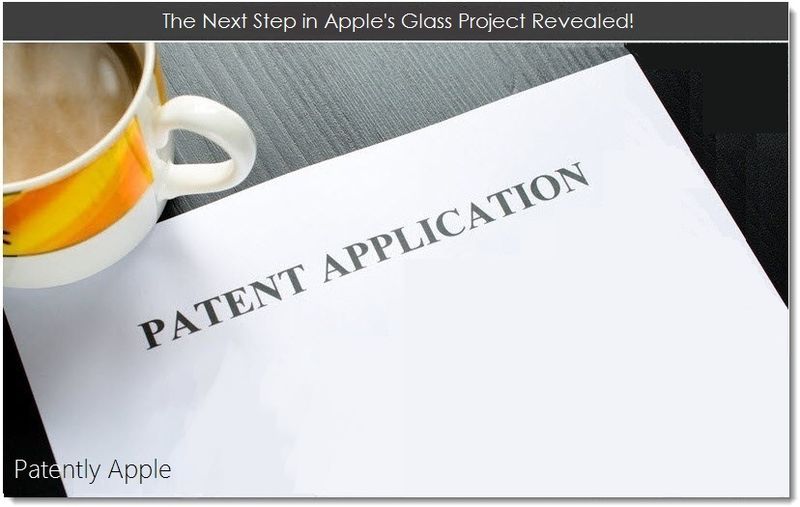 Before there ever was a Project Glass from Google, there was Apple's Glass Project in the form of a patent application filed in late 2006, published in 2008 and granted in 2009. Apple's Glass Project seemed to have fallen off the grid until July 2012 when a new patent application laid out some new parameters for their future glasses. The new glasses were being designed to work with augmented reality but more importantly, they were being designed with telephonic capabilities in mind. In one of the new patent reports that we posted yesterday, we pointed to Apple describing future video glasses that would integrate hidden audio sensors within the glass or frame to enhance voice commands capabilities. Little did we know that the best data was yet to come. Late last night, Patently Apple discovered a powerful new patent application that details some rather interesting features that Apple is considering for a future headset. Perhaps that Glass War that we described last month is going to be a lot more interesting than we initially thought.

Yesterday, the US Patent and Trademark Office published well over 75 Apple patents that were scattered amongst 117 patents published with references to Apple. A few times in the past when there was that many patent applications published at one time, we discovered that Apple was trying to bury a single patent of great interest that they likely didn't want revealed. Well, it happened again. During times of information overload, there's a tendency to overlook patents with obscure names and odd detailing and Apple banks on that. When reviewing my last patent yesterday, I was about to give up and shut it down for the day, if not just discount the last patent as having little to no value.

But for some reason, the obscurity of what Apple was describing got under my skin. It was like a new language. Apple didn't initially describe a video headset but rather a "Portable Display Device." The old terminology was gone leaving no reference to what it was that they were actually describing. In fact, if you brushed by the typical "patent background" quickly, there was absolutely no references made to video content, a video headset or heads-up display whatsoever. To make matters worse, the patent figures didn't provide any usable visuals to associate a "portable display device" as being related to video glasses.

After drilling down further into the patent filing, there it was – true insights into Apple's secret Glass Project. The project appears to have been secret enough that only one Apple executive is noted as being the inventor. His name is Christopher Sanders, Apple's current Design Lead.

Apple states that in one embodiment, the portable presentation device noted as #102 of Patent FIG. 1 below, may be any device that is meant to be worn by a user and that is capable of presenting media content to the user. The term media content refers broadly to any type of content that may be presented to a user including but not limited to audio content (e.g. music, speech, sounds, etc.), video content (e.g. graphics, stills, motion pictures, text, etc.), content from a communication (e.g. voice or speech content from a telephone call, speech and video content from a video conference, etc.), or any other type of content.

Examples of sensors that may be used include but are not limited to a proximity sensor (e.g. an infra-red sensor, a laser sensor, a SONAR sensor, or any other type of sensor that can sense distance/proximity), a temperature sensor, and a pressure sensor. 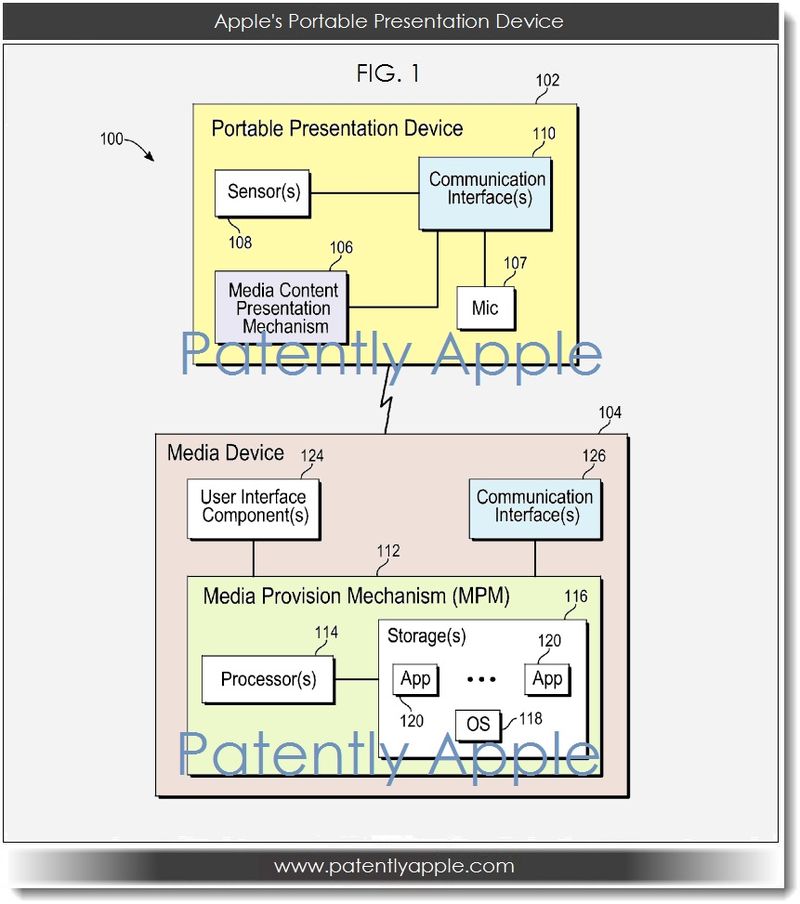 A New Method of Putting Media on Hold

To put a portable presentation device (headphones or visual goggles) on hold will simply involve removing them from your ears, if they're headphones, or removing them from your head if they're goggles. The sensors noted above will activate an instant hold on your playing media without having to press any kind of button, physical or virtual. Now that's great Apple thinking.

In addition or as an alternative to a media content provider, the Media Provision Mechanism (MPM) may behave as a communication device.

If the MPM isn't implemented in the manner shown in FIG. 1, then the MPM may be custom constructed/configured to act as a communication device. 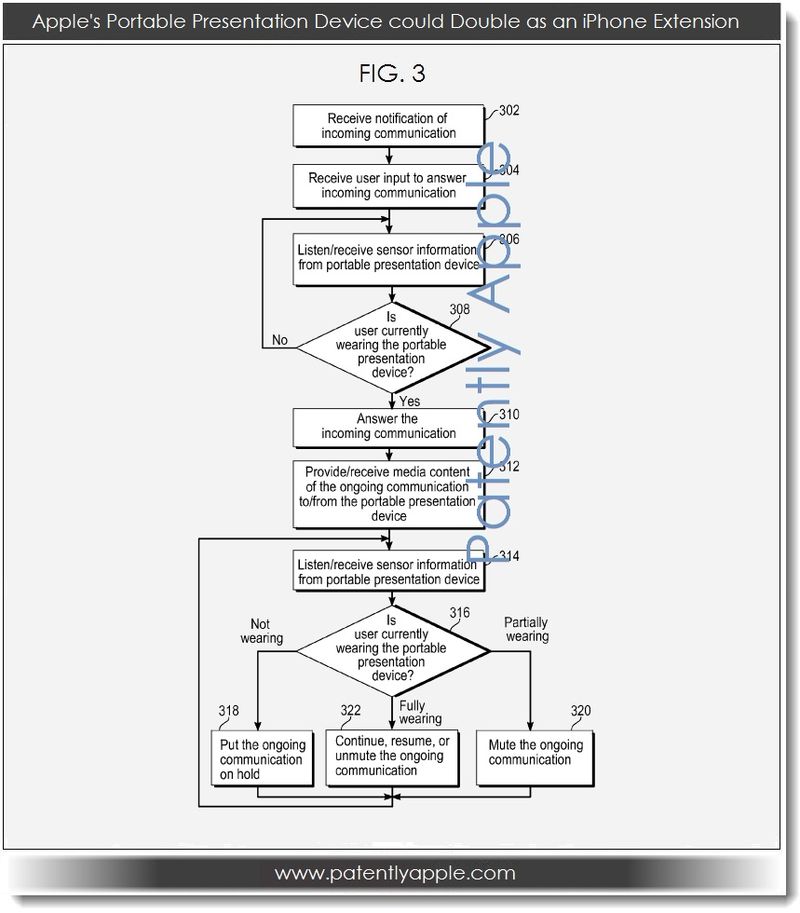 By describing cable and satellite, it's all but saying live TV.

Apple states that where their special sensors will be placed depends on the form that that portable presentation device takes. While our report mainly focused on the Headset or Goggles aspect, the fact is that Apple also considers headphones as being another form of the portable media device in respect to media in the form of audio.

Apple credits Christopher Sanders as the sole inventor of this patent which was originally filed under serial number 150575 in Q2 2011.

Will Apple Lead or Follow in the Future Glass Projects Market?