The Most Popular IP Reports of 2012 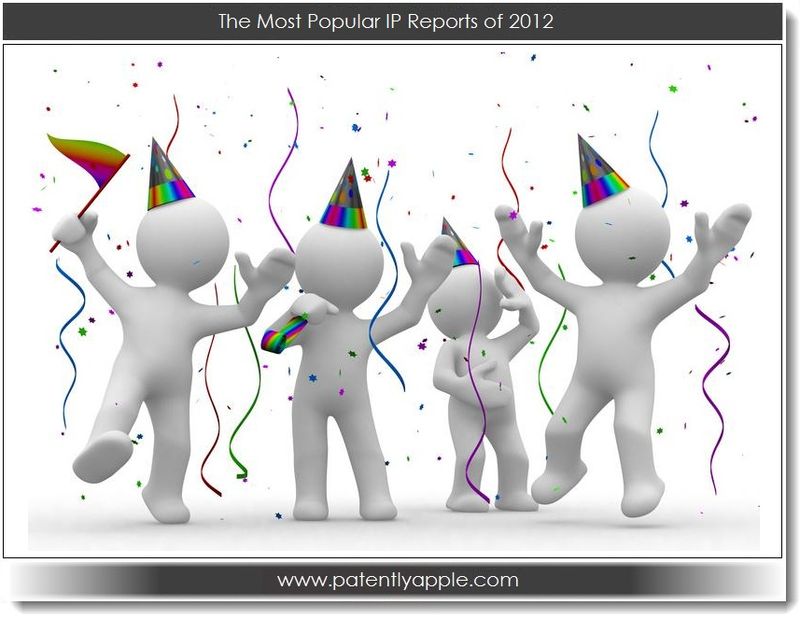 It's that time of year again when we list our top IP reports of the year based on reader popularity. The results are simply based on the sheer volume of hits received per report. In other words, these are the IP reports that the Mac Community voted in as the winners. Our report presents you with ten patents, two trademarks, one news report and an oddball that we just couldn't ignore. The reports are listed in random order. Did any of your favorites make the list this year?

Our Most Popular IP Reports for 2012

We ended up with the mobile version of it called Lightning. 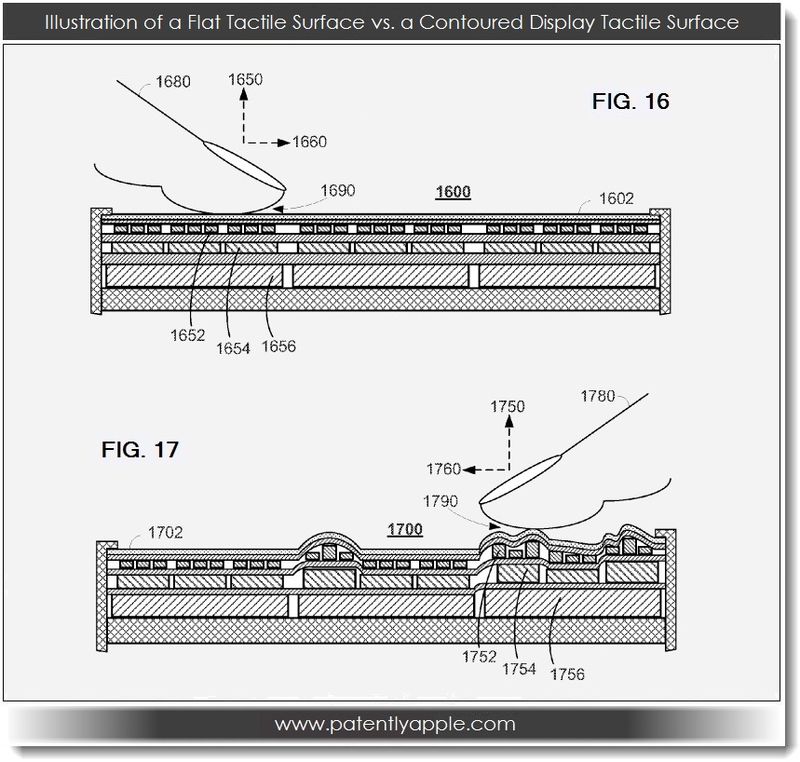 We didn't get the iWallet in 2012. But we did get its companion app: Passbook. 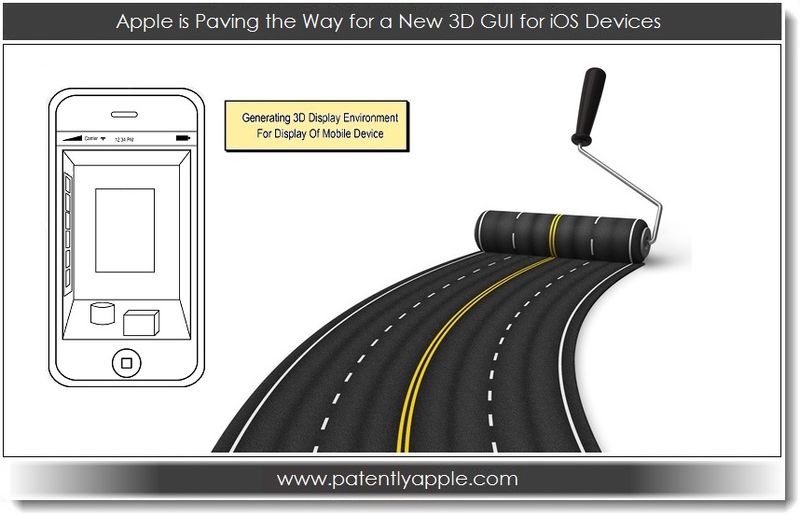 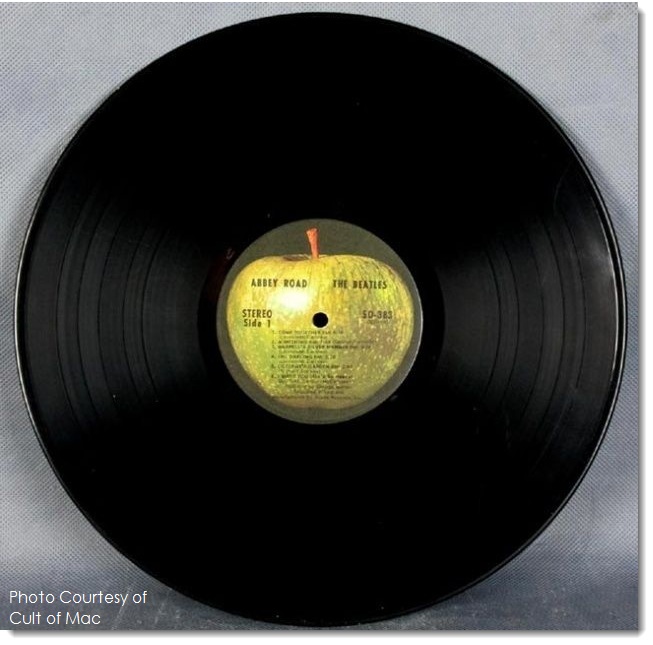 Apple introduces us to the Wild World of Coded Magnets 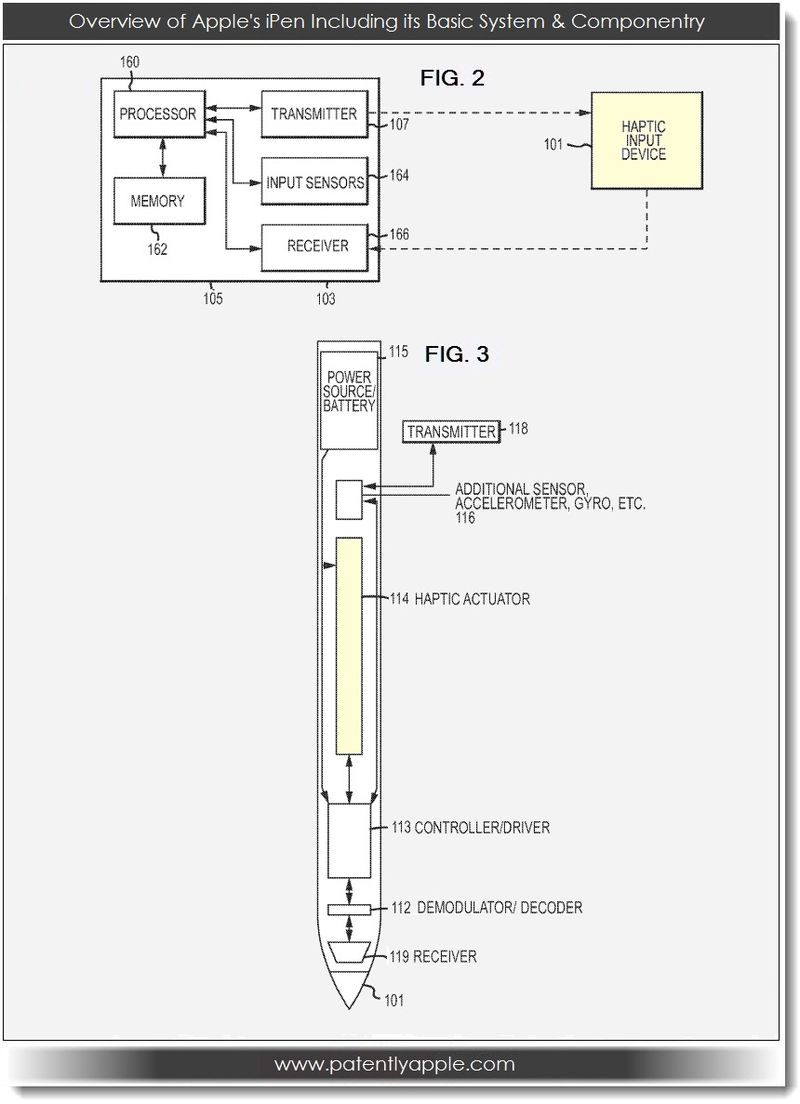 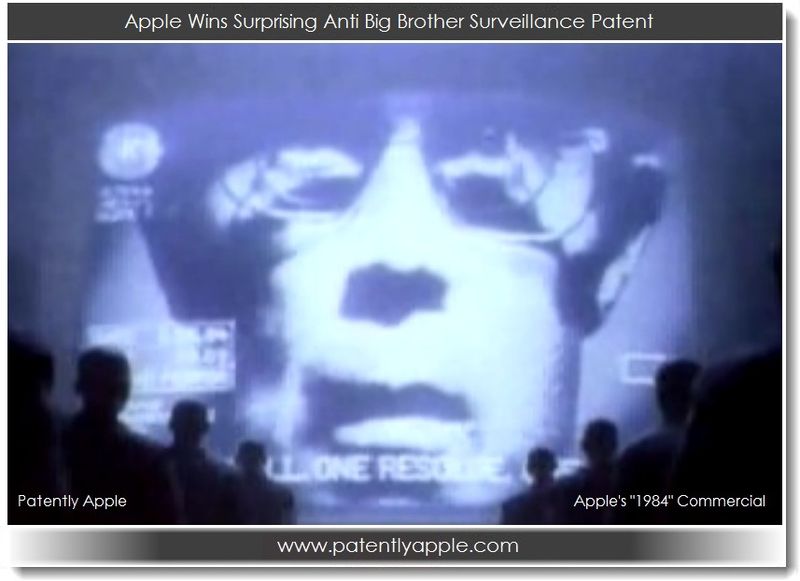 Hon Hai's chairman Terry Gou made a bold statement back in June. In hindsight, how accurate do you think it was?

While this isn't an Apple related patent, it was a report that received extraordinary coverage globally that we had to acknowledge as one of the top IP reports of the year. The report was picked up by the Homeland Security blog, political blogs, tech sites like CNET, Gizmodo, Popular Science (and a ton of others), news sites, civil rights sites, public intelligence sites, sex sites, and so many other types of sites. I even received several emails from individuals who wanted to buy them. One email even came from what appeared to be a Madam who wanted a 100 pairs of the handcuffs. Geez, I wonder what for? At the end of the day it was one of the top patent reports that "Patently Apple/Patent Bolt" published in 2012 and a surprising one at that. 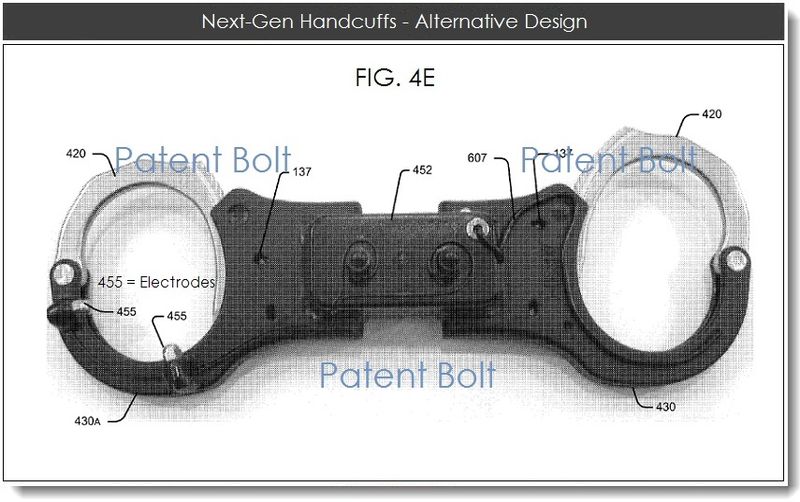 Thanks for Your Support in 2012

It's always interesting to see what the Mac Community finds interesting and/or important every year and Apple's marketing team should pay close attention to these findings as it reflects areas of technology that the community would like to see come to market. Although not scientific, it's pretty clear that people click on a byline that touches on a topic of interest instinctively. And once the community begins spreading the news via Twitter and Facebook, it exponentially drives home that a new idea is worth discussing. Sometimes I'm amazed at how some minor ideas skyrocket and some big ideas fall flat. Yet that's what makes this so much fun week-in and week-out.

I'd like to take this time to profusely thank Patently Apple's fan base for their ongoing support. Every morning I have my first cup of coffee and read fan email. I also truly enjoy looking at the latest Twitter list of new fans from around the world that have joined our site overnight. Every day there are new lawyers, legal sites, engineers, programmers, business owners, students, news site reporters, educators and lively tech geeks from around the world who join Patently Apple and I am truly humbled.

While 2012 was another fascinating year, it was a hard one without the late Steve Jobs. I miss his quiet humor, his passion, his offbeat sarcasm and digs that he made about the competition. I especially appreciated his enthusiastic showmanship and never ending belief that he knew what was important and what wasn't even if I disagreed with him half the time. It's just that he did it with such conviction that you ignored his over the top arrogance. You ignored it because it drove Apple's competitors crazy and it was worth cheering him on just for that alone. He will always be missed for being a never ending dreamer of what could be. I still watch Pixar movies and while laughing, I smile knowing that Steve was the one who pushed to create a unique form of high end animation entertainment that will be around forever. Steve will always be missed.

As the year closes out next week and ushers in a New Year, I look forward to writing about Apple's latest and greatest ideas for 2013. If you have any ideas or suggestions that could improve our site, please send in your comments.

Wishing you the best this holiday season