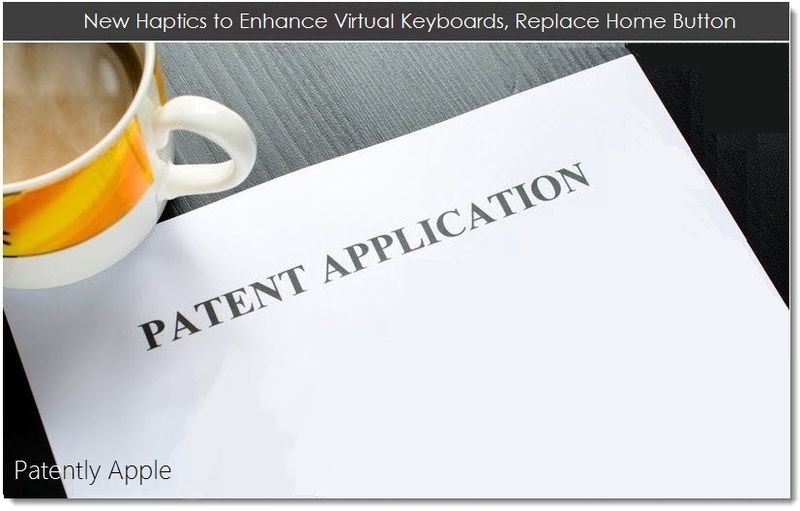 On December 20, 2012, the US Patent & Trademark Office published a patent application from Apple titled "Haptic Feedback Device." In the last eighteen months, Apple has worked on projects involving smart haptics and integrating a haptics layer into future devices so as to provide users with a greater sense of texture to their multitouch displays. Today's invention describes Apple's goal of creating virtual buttons that will feel like actual physical buttons to the touch and more importantly, having keys of virtual keyboards feel more like physical keys. As Apple describes it, they want the "user to feel as though the keys had been depressed." Considering that Apple lists "a keyboard of a computer and a track pad for a laptop," we see that Apple is thinking of adding haptics to devices beyond the iPhone and/or iPad. Apple revealed some rather elaborate work on this theme last September.

Beyond virtual keyboards, Apple is looking to the traditional iDevice home button as another example of where their new haptics could apply. Today's physical iDevice home button may become a thing of the past. Apple describes the home button being designed as a virtual button with haptics behind it to make it feel like it's still a physical button to the touch. This would make iDevice surfaces completely flat and esthetically superior. 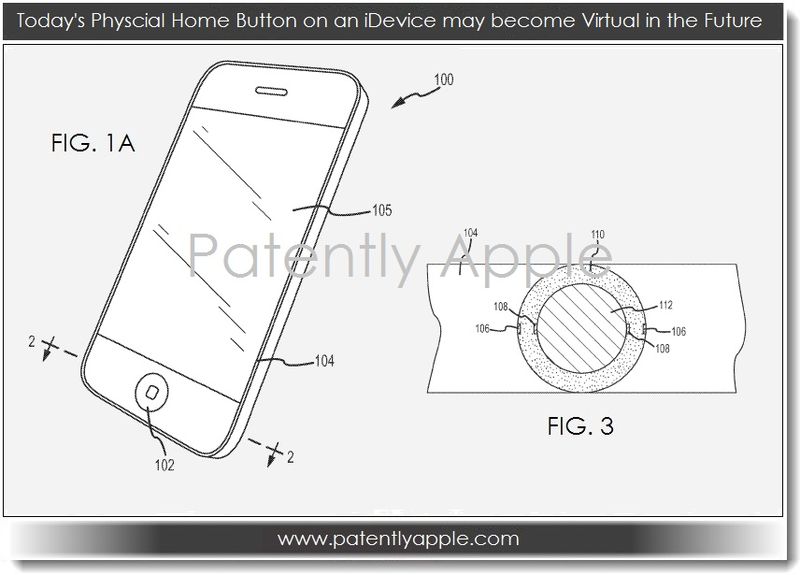 Apple's patent FIG. 1A noted above is an isometric view of an iPhone including a haptic device 102. The device may be virtually any type of device where haptic feedback may be desired, such as an iPhone, iPod touch, iPad, digital camera, video gaming device, MacBook or Mac keyboard. The haptic device may be a button, switch or other input/output member operably connected to an enclosure 104 of the electronic device.

Apple credits Alexander Pance, Nicholas Webb and Sean Mayo as the inventors of this patent which was originally filed in Q2 2011 under serial number 163532.

Google's Gmail Finally a Registered Trademark in the US