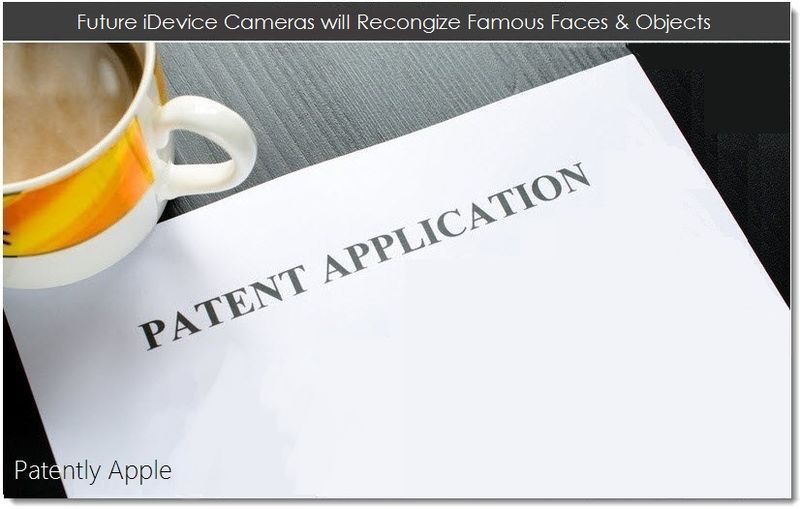 As the year winds down, there were only a handful of original patent applications from Apple that were published today by the US Patent Office. The only consumer oriented inventions that were noteworthy related to iDevice cameras and photo management. On Apple's website describing the new iPhone 5's camera they point to improved HDR Capabilities for better color, tone and reduced motion blur. One of today's patent filings cover advanced HDR capabilities using a new image sensor. Another one covered a testing and calibrating camera modules. Yet the one new camera related invention that stood out from the pack was one relating to a new application that Apple may be included in a future iDevice camera. It'll involve a unique combination of a pre-installed camera database and new recognition software that will be able to automatically recognized famous people's faces and famous objects such as a painting or perhaps things like a famous bridge or other landmarks. While it won't be a killer application on its own by any stretch of the imagination, it will definitely enhance Apple's camera features in future iDevices. And for those who just happen to live in California or any other famous locale, then it may assist the novice paparazzi in figuring out who was who in the photo they just took at a club, concert or movie set. Hmm, I can hear the ad for that now: Want to be a paparazzi? There's an app for that.

Apple's patent provides techniques for identifying iconic images or famous faces in digital images. Specifically, rather than merely finding other photos that have "Grandma Jane" in them after the user has manually identified a photo with Grandma Jane, digital image management software that employs the techniques described in this invention may, for example, identify those photos, within a user's collection, that have famous movie stars in the form of a typical or iconic image. Further, the famous movie stars may be identified in the photos automatically without the user having to manually identify the movie star in any photo. Movie stars may even be identified automatically even in situations where the user does not know or would not recognize the movie star himself. 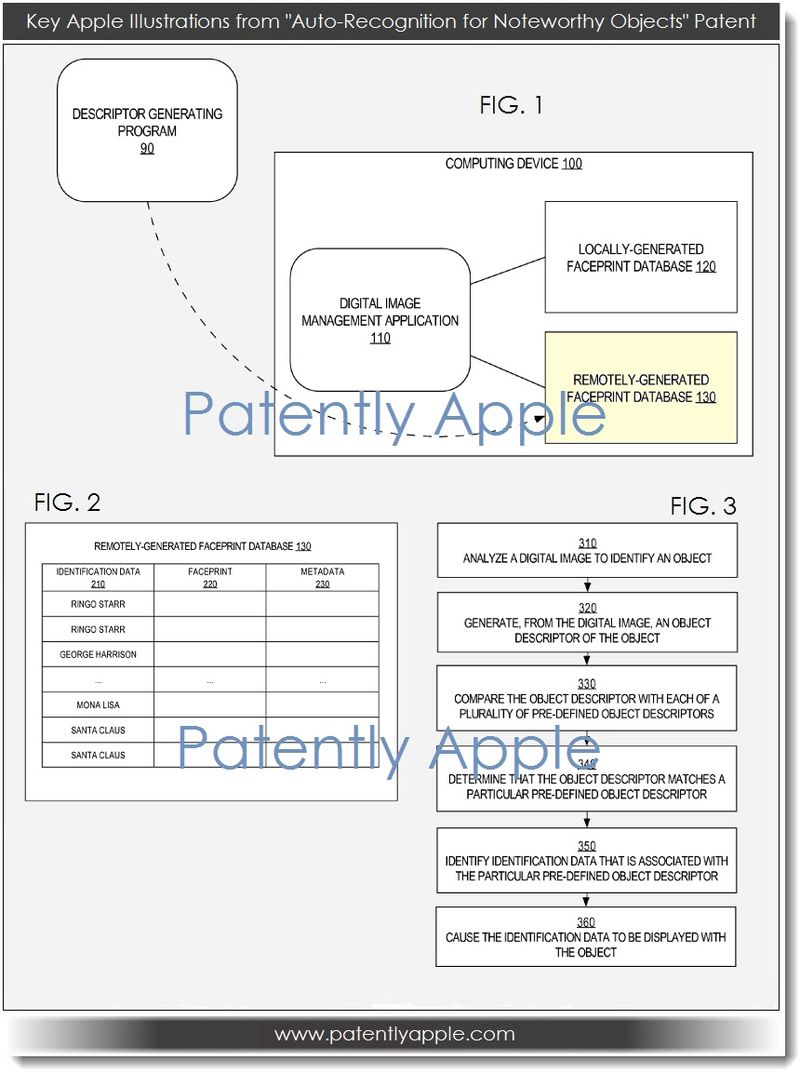 Apple credits Jeremy Holland, Jan Solem and William Hensler as the inventors of this patent which was originally filed under serial number 158210 in Q2 2011. It should be noted that Jan Eric Solem owned Polar Rose, a company that Apple acquired back in September 2010. Their technology has since been incorporated into Apple's new facial recognition or detection feature that was introduced in iPhone 4S's camera. He was also listed as one of the inventors of a patent granted to Apple a year ago relating to 3D object recognition. Other Facial Recognition patents from Apple could be found in our archives.

In addition to the noted patent applications presented in today's report, the US Patent and Trademark Office did publish a series of older continuation patents dating back to between 2007 and 2010. The continuation patents that we list below are specifically referenced as such under the section titled "Cross-Reference to Related Applications."

Generally speaking, continuation patents represent tweaks made to patent claims in an effort to get the patents granted by the US Patent Office and don't necessarily represent any noteworthy new development from the original patent filing. With that said, here are today's continuation patents should you wish to review them:

20120315994: This is a Continuation of an old 2009 Patent Application Titled "Interactive Gaming with Co-Located, Networked Direction and Location Aware Devices." We covered this patent in a November 2010 report titled "Apple Working on an Interactive Laser Tagging Game or Framework." 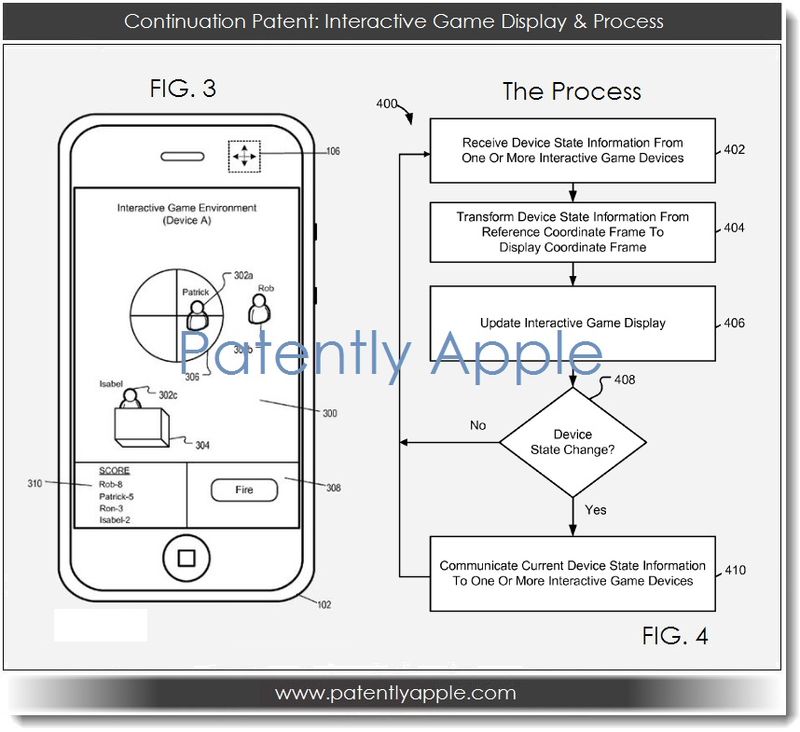 20120315864: This is a Continuation of an old 2007 Patent Application Titled "WIRELESS ADAPTER FOR MEDIA PLAYER SYSTEM."

20120315880: This is a Continuation of an old 2009 Patent Application Titled "DYNAMIC CONTEXT-BASED AUTO-RESPONSE GENERATION."

20120317441: This is a Continuation of an old 2008 Patent Application Titled "NON-FAULTING AND FIRST FAULTING INSTRUCTIONS FOR PROCESSING VECTORS."

20120313911: This is a Continuation of an old 2010 Patent Application Titled "AMBIENT LIGHT CALIBRATION FOR ENERGY EFFICIENCY IN DISPLAY SYSTEMS."