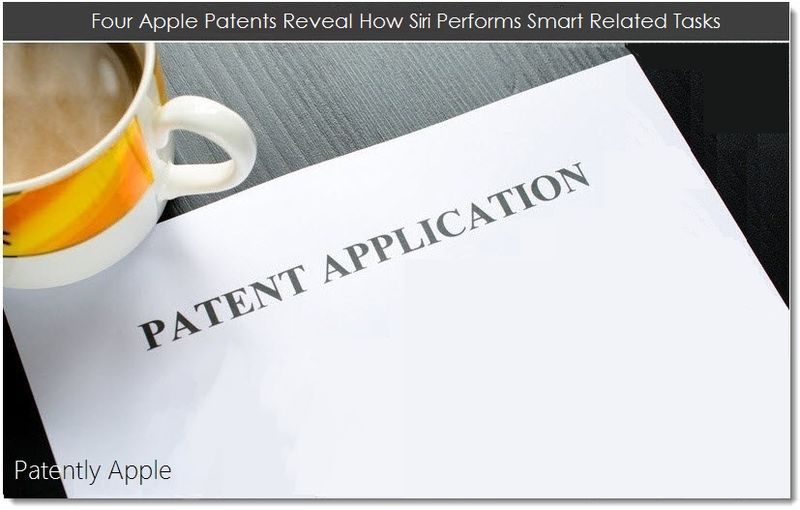 This week the US Patent & Trademark Office published a series of patent applications from Apple revealing how Siri works with various forms of smart lists. Siri is the name of Apple's intelligent personal assistant service that they introduced with their iPhone 4S in November 2011. Siri helps a user get things done just by asking. It allows the user to use their voice to send messages, schedule meetings, place phone calls, and more. Apple's four Siri related patents specifically cover performing actions, generating task items, organizing tasks and triggering notifications. Noteworthy is the fact that Apple once again clarifies that this voice-centric service that we know of as Siri will eventually be coming to the Mac. This is something that Apple had previously set in stone in a patent filing that we covered in a report back in September titled "Apple Patents Point to Siri Controlling iTunes on an iMac & more."

Apple stated in one of their patent applications that the iPhone and/or Device "includes a microphone that accepts from a user voice input that the device converts into voice data. The device may send the input data (whether voice data or text data) to a Natural Language Processing (NLP) service which analyzes the input data to identify the one or more first attributes for the task."

Basic Overview of the System

In Apple's patent FIG. 1 noted below we see a block diagram that depicts a system that is used for creating task items and processing task items. The system includes a device, a network and the cloud.

Apple interestingly notes that the "Device" could be any computing device that is capable of receiving input from a user and displaying information about tasks. Non-limiting examples of the device include a desktop computer and a handheld device, such as a laptop computer, a tablet computer, and a "smart" phone.

In their overview of the system, Apple goes on to state that the Cloud is implemented by one or more computing devices. The cloud hosts multiple services which include a natural language processing service and various "other services." Apple further notes that the NLP service uses one or more models of real-world things that a user can talk about in order to make sense of what the user is trying to say. 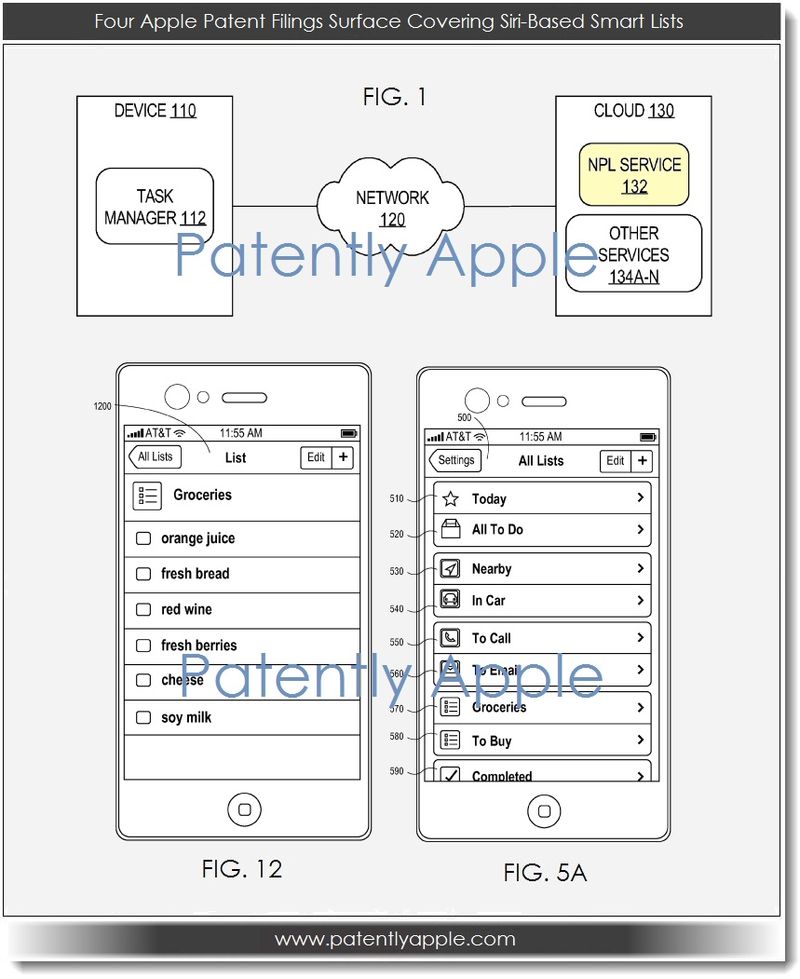 One of the things that Siri is really good at involves all forms of custom lists. Apple specifically states that custom lists are one of the three main types of lists which also include built-in lists and smart lists. In examples of custom lists that are illustrated above in patent FIG. 5A, we see a user interface for "All Lists" that includes a "Grocery" list and a "To Buy" list.

In addition, we added Apple's patent FIG. 12 that depicts a view that might be generated in response to a user selecting the Grocery list. In this example, Apple states that the iPhone's NLP service receives voice data that reflects the user command to "pick up fresh bread from the store." The NLP service determines that the user intends to purchase fresh bread from a grocery store and associates "fresh bread" with a grocery category. In response, the NLP service sends to the task manager a create task item command to create a task item that includes the description "fresh bread" and that is associated with the grocery category. In response, the task manager creates a task item and associates the task item with a grocery list that task manager maintains."

Apple states that "Smart lists" are based on different characteristics or attributes that a task item might have, such as an action (e.g., call, email, text and alert), a location, and/or a context in which the action is to be performed. Examples of smart lists include "By Action, By Location and By Context" lists. Related calls are noted as "In Car, To Call and To Email" lists. Other examples listed include "By Actions" lists that may include "To Text, To Look up and To Visit" lists.

To learn about all of the intricate detailing behind the performance of Smart Lists by Siri, review the patents that we presented to you at the opening of our report.

Being that the "cloud" is part of the process that was presented in Apple's four Siri patents, we thought it only appropriate to point out that a new iCloud patent application also surfaced on Thursday relating to storage. Apple's iCloud patent FIG. 2 illustrates an example cloud based system for synchronizing data items between devices. 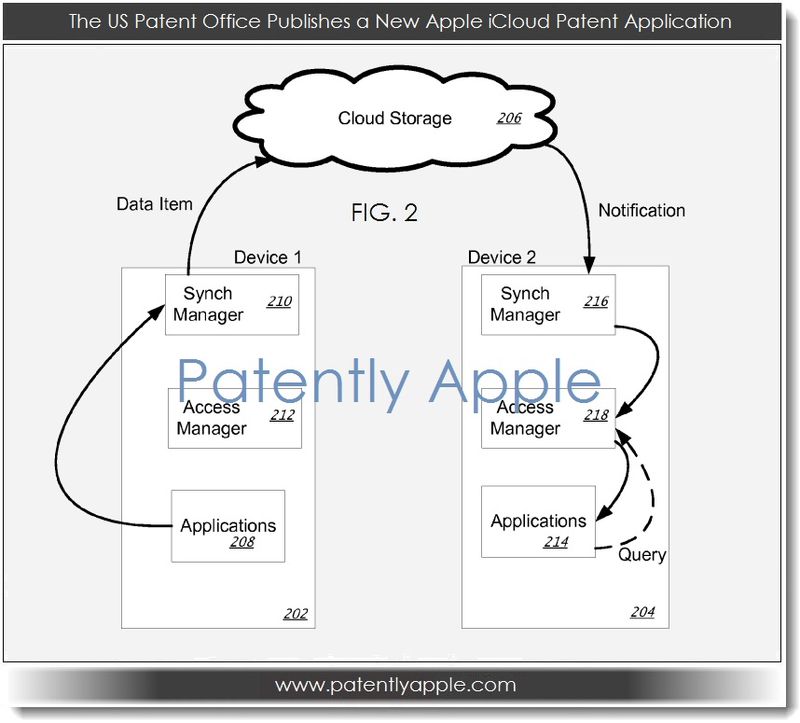 All of Apple's patent applications in this report were originally filed in between June and September 2011 and published this week by the US Patent and Trademark Office.

There's been talk around town that Google Now is quite competitive but these patents – if they're going to be improved upon at the cloud leve (which I think they will) – show immense power. It's like how Wolfram Alpha has been developing over the years. Only, with Siri, it's taking far less time to reach those heights.