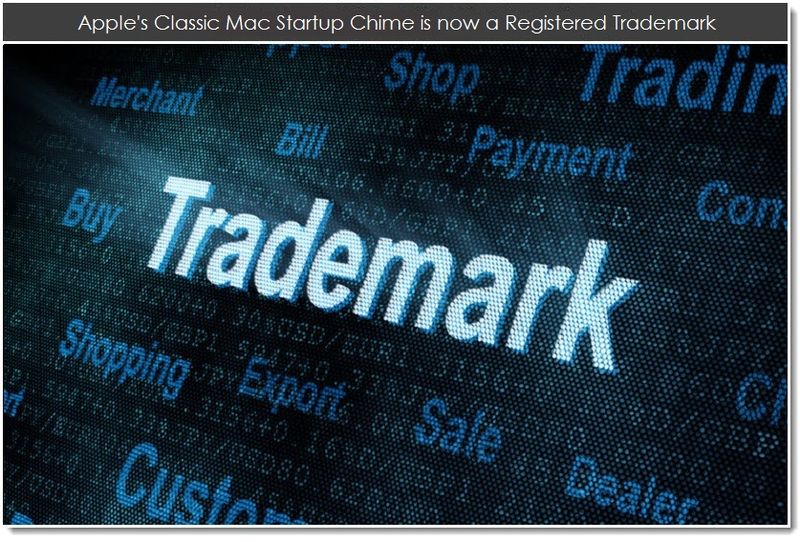 Over the years Apple has filed for a wide variety of trademarks so as to protect their distinct imagery and/or marketing strategies. Beyond the normal trademarks such as the iMac or iPhone, they also trademarked some pretty odd ones too. They trademarked their famous marketing line "There's an App for that," along with covering store designs , store fixtures of one sort or another and even the leaf in the Apple logo. Today, the US Patent and Trademark Office officially granted Apple a registered trademark for their classic Mac startup chime which indicates that diagnostic tests running immediately at startup have found no hardware or fundamental software problems. 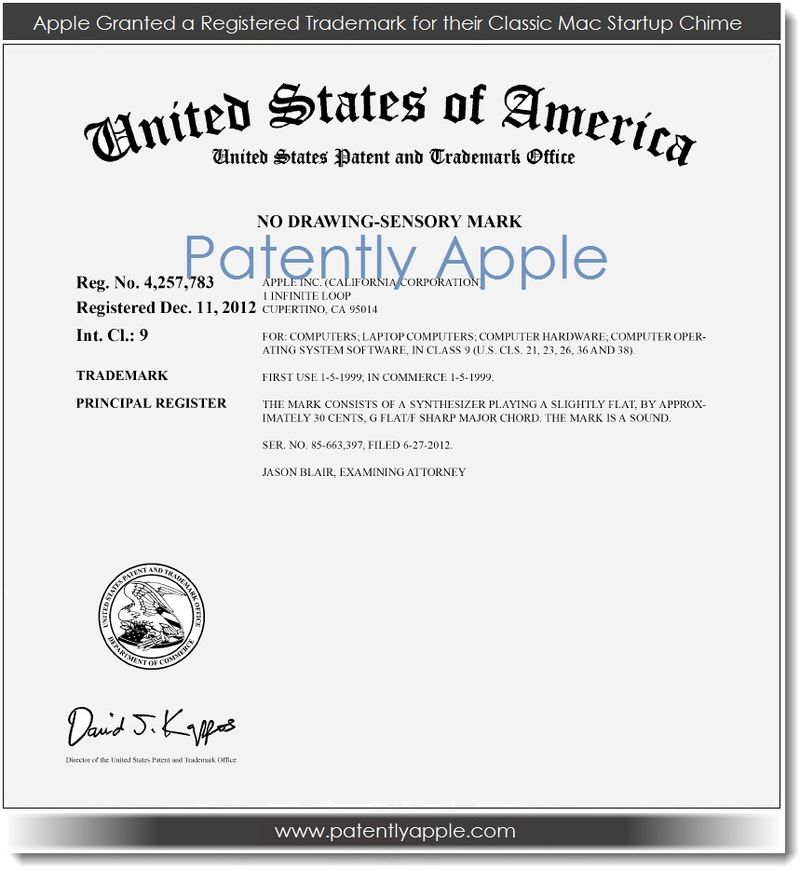 Apple's newly granted registered trademark was originally filed for in the US in late June and in Europe in July of this year. The trademark was filed for under International Class 009 which basically covers computer hardware and software including operating systems. 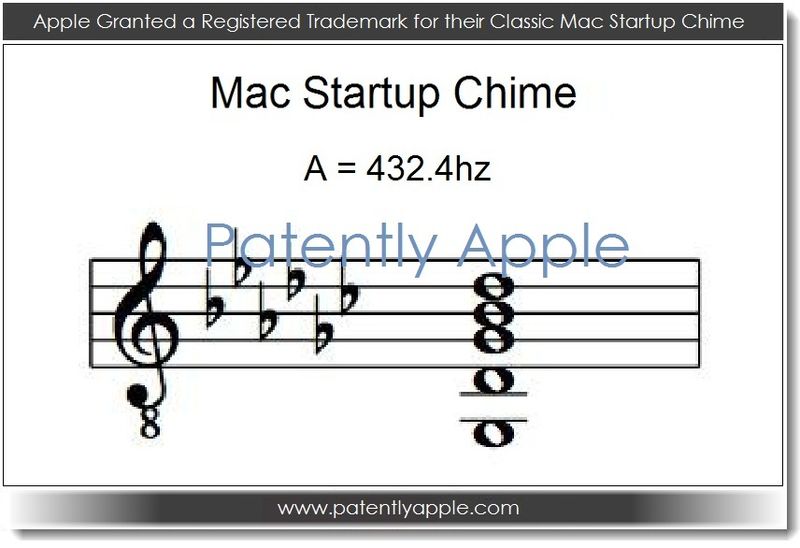 Apple's trademark application stated that the "mark consists of a sound mark consisting of a slightly flat (by approximately 30 cents) G flat/F sharp major chord." You could download the startup chime here.

The sites that we link to above offer you an avenue to make your comments about
this report in other languages. These great community sites also provide our guests with varying takes on Apple's latest trademark win. Whether they're pro or con, you may find them to be interesting, fun or feisty. If you have the time, join in!

I want one of those for my iPhone.