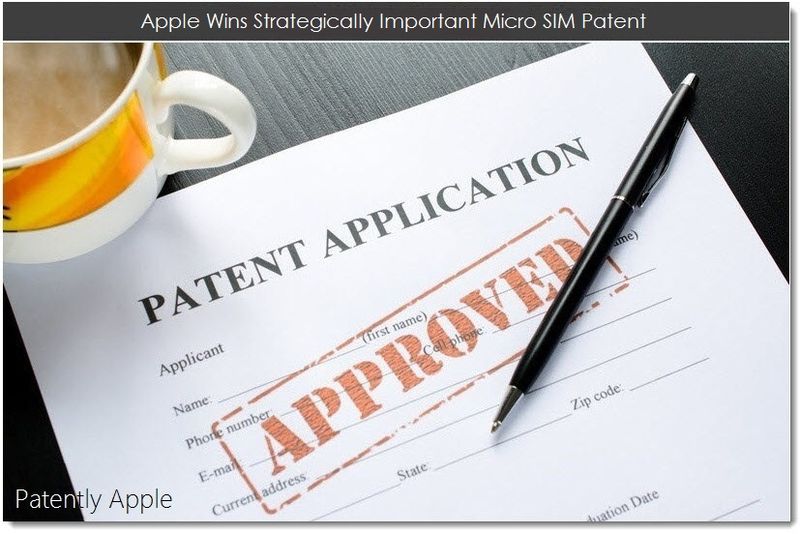 In April of this year we first reported on Apple's patent application for a Micro SIM connector. The timing of Apple's new micro SIM connector patent couldn't have been more perfect in light of the battle between Nokia and Apple over the design of future miniature SIM cards for mobile devices. It was even been reported that Nokia had threatened to withdraw 50 or so SIM card related patents from ETSI if the Apple proposal is approved. Well, in June Apple's design won that very battle. Today, Apple has been officially granted the patent regarding the Micro SIM card.

Apple has received a Granted Patent that relates to connectors that allow SIM cards to be easily removed and replaced, may be resistant to damage by an improper insertion of a SIM card, and may provide reliable mechanical performance. 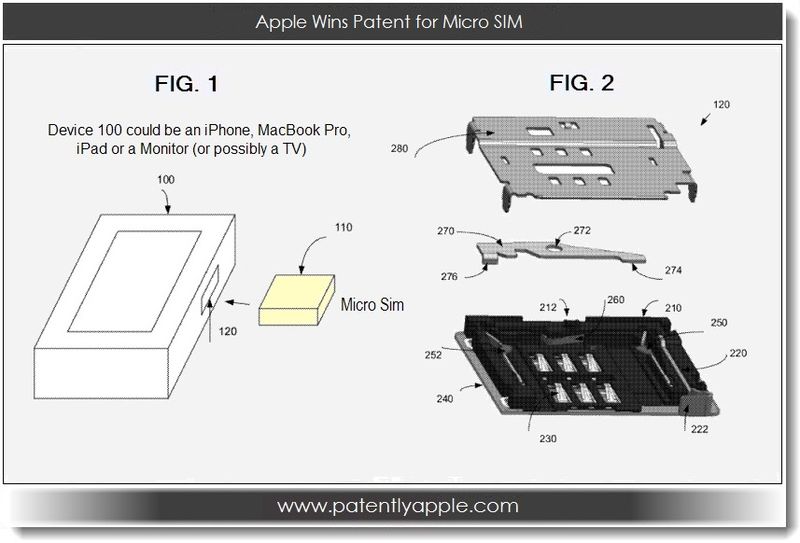 Apple credits Zheng Gao, Benjamin Rappoport, and Steve McClure as the inventors of this patent which was originally filed in Q3 2010. To review Apple's detailing and 22 patent claims, see granted patent 8,337,223. Note that the official title of this patent is "Mini-SIM Connector." We emphasized Micro because it was clearly listed in the patent and is the most current standard at this time.