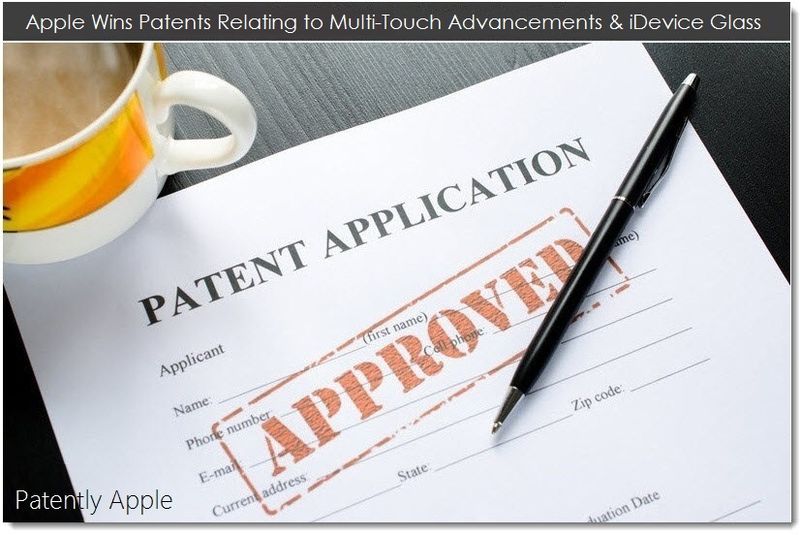 The US Patent and Trademark Office officially published a series of thirty-six newly granted patents for Apple Inc. today. In this particular report we cover two of Apple's patents. The first patent relates to Apple's ongoing work with advancing multi-touch displays which Apple first introduced with their iPhone in 2007. The second patent relates to new processes that Apple invented for shaping glass for iDevices like the iPhone and iPad so that they would be both esthetically pleasing while eliminating processes involving dangerous chemicals and gasses.

Apple has received a Granted Patent that relates to multi-touch sensor panels that utilize an array of capacitive sensors to detect and localize touch events and, more particularly, to the grounding of the back plane of the touch sensor panel.

Multi-Touch is one of the cornerstones of the 2007 iPhone which the late Steve Jobs emphasized during his historic keynote introducing the iPhone. Today's patent illustrates Apple's ongoing development of Multi-Touch for iDevices. 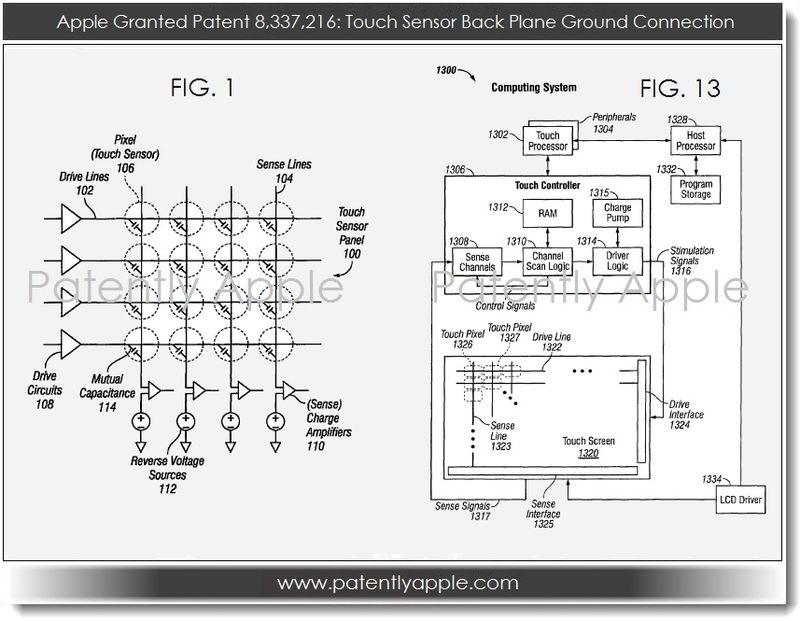 Apple has received a Granted Patent that relates to glass shaping processes and, more particularly, to aligning glass in high temperature processes such as glass slumping processes.

To better understand what this process means, Apple's background states the following:

These processes utilize fixed alignment systems to secure the edges of the glass to the molds. However, these fixed alignment systems could inhibit the glass from dropping or sagging into the cavities of the molds. This results in formation of protruding, perimetrical flanges in the glass after shaping, such flanges circumscribing or surrounding portions of the glass that have been allowed to drop or sag into the cavities. Depending on the intended use for the shaped glass, such flanges may be undesirable and require removal. Removal of the flanges adds additional cost, labor and time to the glass shaping processes.

Furthermore, these processes typically involve contacting the glass with chemicals, gases or extraneous mechanical components, which is undesirable. Additionally, when vacuum forming, the glass may crack or otherwise be impaired due to inconsistencies or lack of control in the applied vacuum. Moreover, the appearance of the glass may be undesirably altered due to application of the vacuum, which is a significant drawback when aesthetics are important. Furthermore, in each of these processes, after the glass is slumped, the glass must still be grinded to form the finished edges." 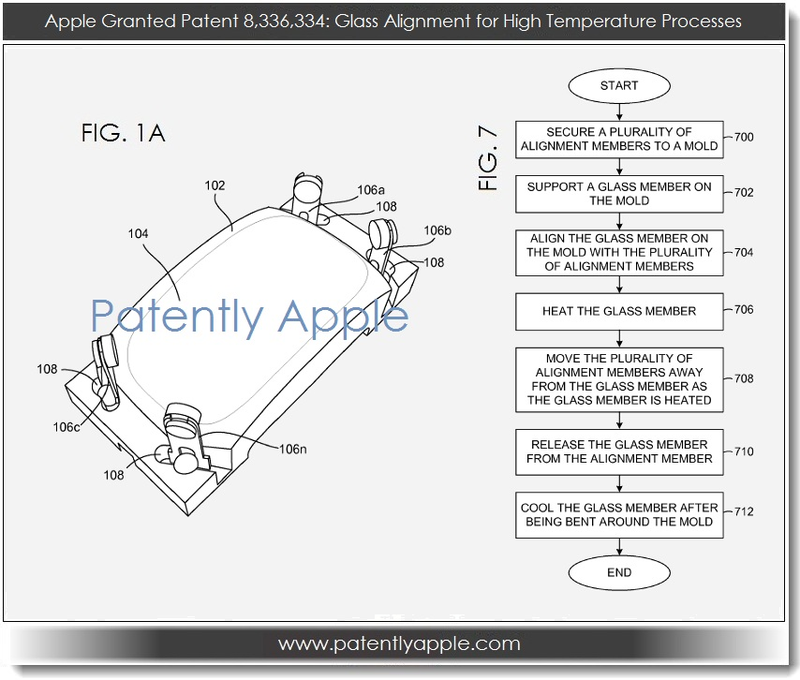 Apple credits Donald Ross, Adam Stagnaro, Matthew Theobald, Andrew Davidson and Michael Pilliod as the inventors of granted patent which was originally filed in Q1, 2009 and published today by the US Patent and Trademark Office. Apple's patent presents 19 patent claims. To review the details of this patent, see granted patent 8,336,334.