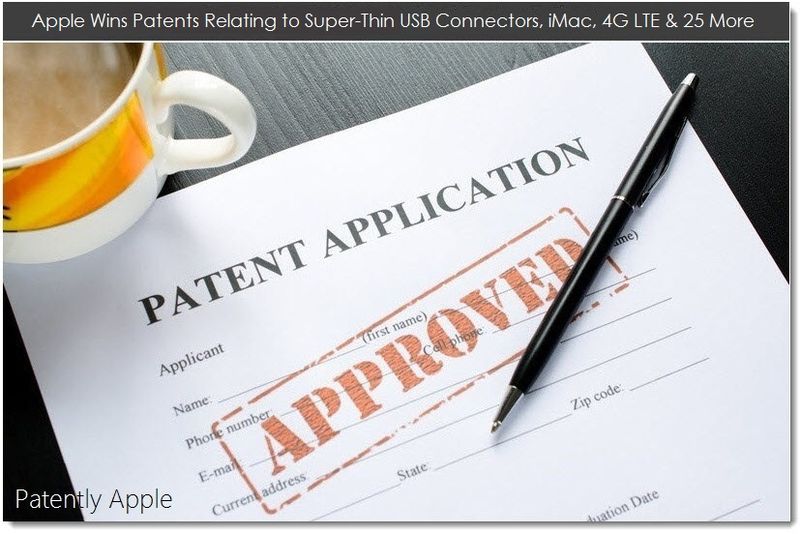 The US Patent and Trademark Office officially published a series of thirty-six newly granted patents for Apple Inc. today. In our last patent report of the day we briefly cover patents relating to a super-thin USB connector and the iMac's housing. We also link to two 4G LTE patents that Apple gained form Nortel earlier this year and close out our report by providing you with a grand list of the remaining twenty five granted patents issued to Apple today.

Apple has received a Granted Patent that relates to structures, methods, and apparatus for connector receptacles that have a reduced tendency to scratch and otherwise cause wear to connector inserts, have an improved tactile response when connector inserts are inserted, and have an aesthetically desirable appearance. 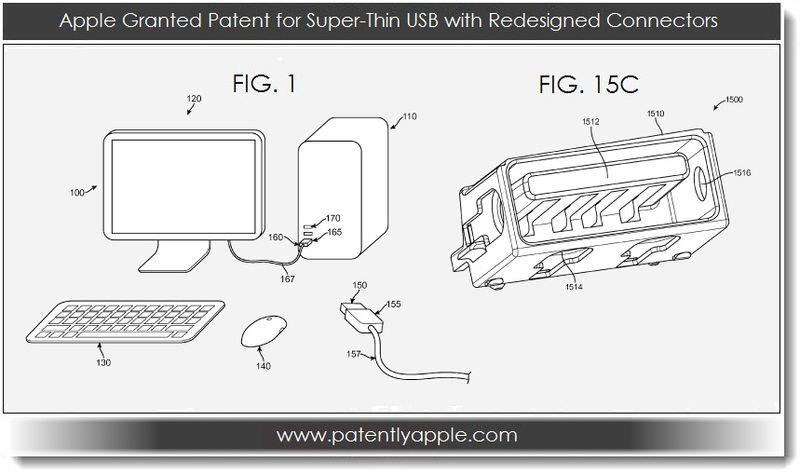 Apple has received a Granted Patent that relates to iMac's housing with its unique front facing chin that hold the glass display in place and its baffle system that helps to remove heat from within Apple's famous all-in-one desktop.

Apple's patent further relates to improving the aesthetic look and feel of products formed by welding at least two pieces of metal together. Such products could include, for example, furniture, automobiles, and housings suitable for accommodating electronic devices such as computers and consumer electronics. In particular, this application describes welding operations that create visually seamless welds. 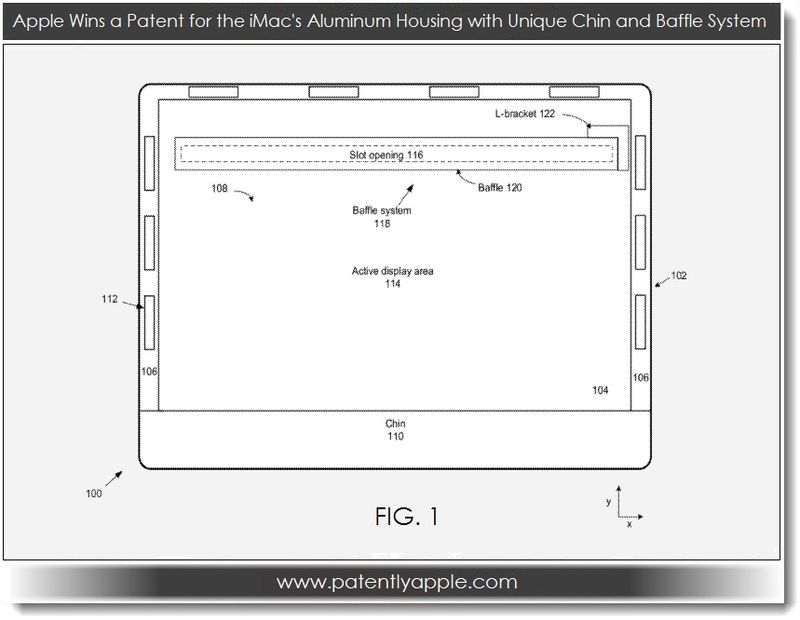 Apple credits Carlo Catalano, Derrick Jue, Brian Miehm, Takahiro Oshima and Massihige Tatebe as the inventors of this patent. These names aren't that well known at Apple. The latter two from Japan in particular, don't seem to have a history with Apple. I would have thought that we would have seen Jony Ive listed somewhere, but that's not the case. To review the patents detailing and seventeen claims, see granted patent 8,338,737.

Other noteworthy granted patents issued today include the following: a) "Capability model for mobile devices," which relates to downloading applications to a mobile device; and b) two patents that relate to OFDMA 4G LTE technology (one and two) that Apple acquired from Canada's Nortel earlier this year. 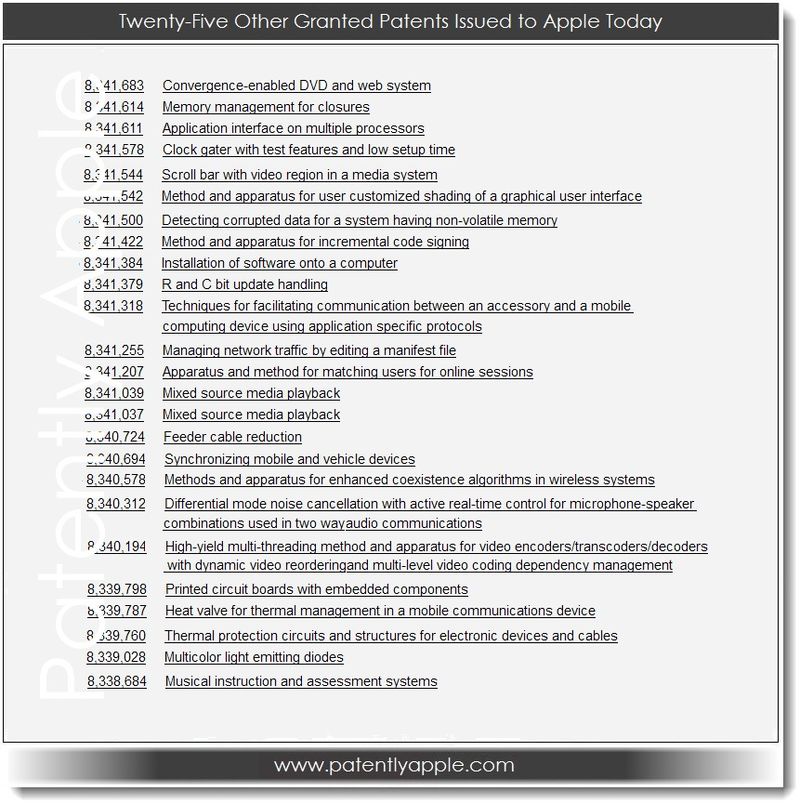